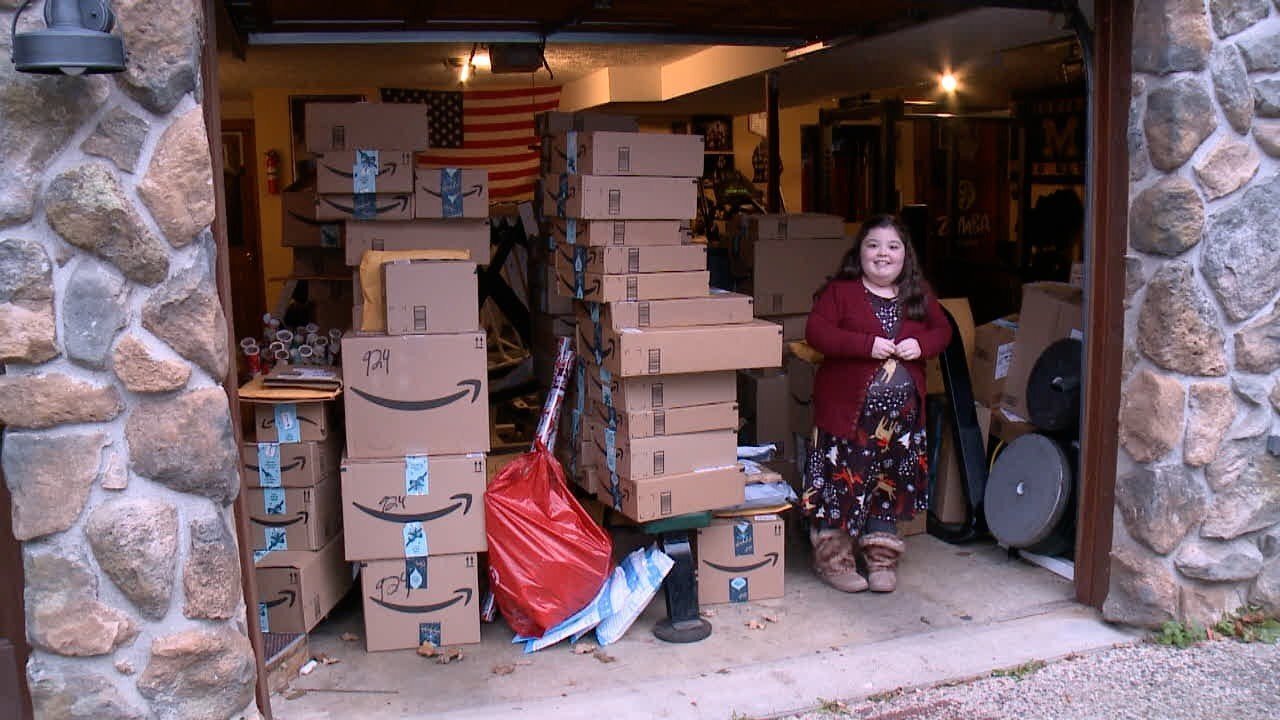 IONIA, Mich. (WXMI) — An 11-year-old girl in Ionia is spreading Christmas cheer and collecting gifts to give to children with long-term hospital stays.

Over the past week, hundreds of boxes have been stacking up in 11 year-old Mchalie Walter’s garage.

“The first time we got a ton of packages it made me really happy,” Mchalie said.

Mchalie is overjoyed and she won’t even be the one opening the presents.

Mchalie is collecting them for kids at Mott Children’s Hospital in Ann Arbor. She came up with the idea and had her mom reach out for donations on Facebook.

“I was really surprised because she said this had been on her mind for some time but she doesn’t talk a lot about her time in the hospital, I was really proud of her,” Mchalie’s Mother Royale Walter said.

The gifts are going to kids in the same hospital where Mchalie got treatment for cancer.

“I remember being in the hospital on holidays and it was hard being away from my family so I just thought give a little joy to the kids that are in the hospital while they are there,” Mchalie explained.

She’s planning on handing them out at her next appointment later this month.

“I just really hope they are happy and I really hope they remember this because when we were in the hotels and hospitals, I remember getting a gift and having fun playing with it and that’s what I want the kids to remember,” Mchalie added.

The family has collected more than 220 toys and presents as of Friday.

They will keep collecting until Dec. 15, if you’d like to help, click here for the Amazon Wish List where you can purchase an item and it will ship to the family for delivery.