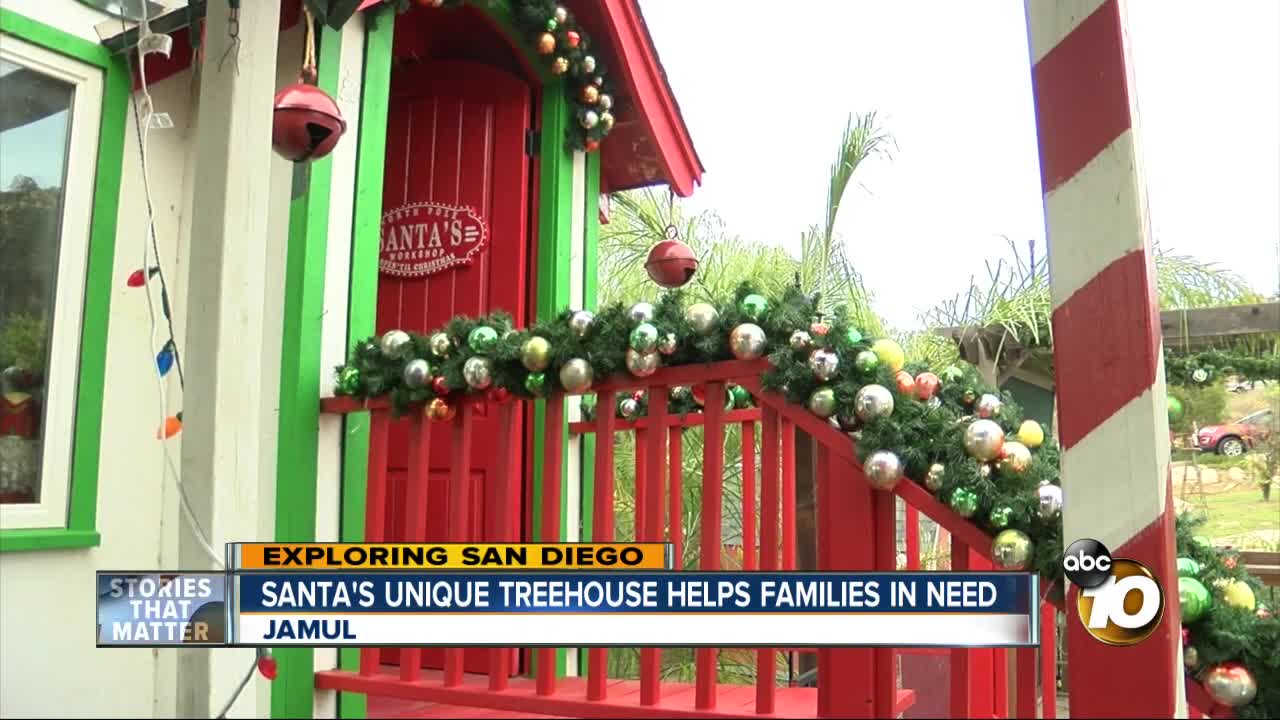 Hidden deep in the East County is a little-known winter wonderland: A treehouse designed with a Christmas theme that benefits needy families. The centerpiece is a remarkable treehouse designed with a Christmas theme. It was built in 2013 in the yard of the Wellington family's Jamul yard for the Animal Planet television show "Treehouse Masters."

The Wellington's daughter had heard of the show and suggested her parents apply.

"We had always promised her a treehouse and by the time we got this, she was in her 30's. So she had to wait quite a few years to get her treehouse," Kathie Wellington told 10News.

Originally, Kathie planned to use the home for her grandchildren and as a fun meeting spot for an organization dear to her heart: FORBS (Fraternal Order of Real Bearded Santas). Each year, FORBS chooses around a dozen San Diego families who are down on their luck and provide Christmas presents, each delivered on Christmas day by a Santa.

The Wellington's and their daughter, Vikki, came up with the idea of using the treehouse as a fundraiser. One weekend each December, they open up the treehouse for family pictures. The $50 fee includes professional photographs, a real bearded Santa, cookies, hot cocoa, and craft activities. With 100 appointment times available, the event raises thousands each year.

"The children just smiling and laughing and tearing open their gifts, it's hard to describe. Oh my gosh, I love what we do," Wellington said.

This year's event is Dec. 7 and 8. Wellington says there are a handful of open slots still available, which can be booked at everaftersandiego.com.