Timeline: How marijuana laws have changed in California 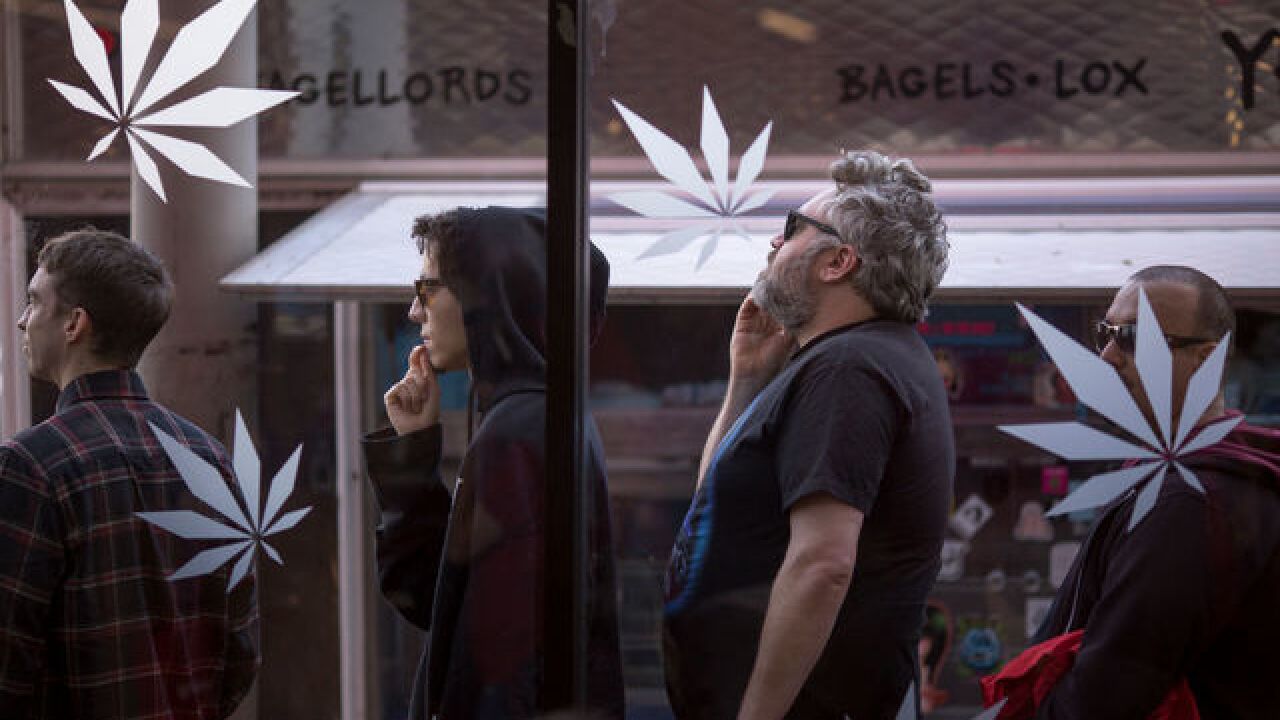 Copyright Getty Images
David McNew
<p>WEST HOLLYWOOD, CA - JANUARY 02: People stand in line to get into MedMen, one of the two Los Angeles area pot shops that began selling marijuana for recreational use under the new California marijuana law today, on January 2, 2018 in West Hollywood, California. Los Angeles and other nearby cities outside of West Hollywood have not finalized their local permitting rules so licenses to businesses in those jurisdictions are yet to be granted. (Photo by David McNew/Getty Images)</p>

(KGTV) - Marijuana laws in California have come a long way.

Starting in 1996, the landscape for pot use in California was plausible after medical marijuana use for seriously-ill patients was allowed.

Now, in 2018, California has legalized recreational weed. Though the future of the industry is still unclear, after news that U.S. Attorney General Jeff Sessions was considering rescinding the memo.

Marijuana use, both medical and recreational, still remains illegal under federal law.

But according to California Attorney General Xavier Becerra, the state may continue with regulation in the face of Session's planned decision.

“In California, we decided it was best to regulate, not criminalize, cannabis. Unlike others, we embrace, not fear, change. After all, this is 2018, not the 20th century. At the California Department of Justice, we intend to vigorously enforce our state's laws and protect our state's interests.”

Here's where California has come and now stands with marijuana use:

1996 - California voters pass "Compassionate Use Act of 1996," or Proposition 215, allows seriously-ill patients to use or cultivate cannabis for personal medical treatment, with an oral or written recommendation or approval by a licensed physician.

2013 - Deputy Attorney General Jim Cole issues "Cole memo," setting new priorities for federal prosecutors operating in states where the marijuana had been legalized. The hands-off approach was granted so long as it didn't threaten other federal priorities, such as preventing the distribution of the drug to minors and cartels.

2015 - Gov. Jerry Brown signs Assembly Bill 266, Assembly Bill 243 and Senate Bill 643, forming the "Medical Marijuana Regulation and Safety Act," into law, calling for the first set of regulations on the medical marijuana in California to start in 2018.

2016 - California voters pass the "Adult-Use of Marijuana Act," or Proposition 64, which legalizes the use of recreational marijuana in the state in 2018. Read more.

2017 - Gov. Brown signs "Medical and Adult-Use Cannabis Regulation and Safety Act," or Senate Bill 94, into law. The bill creates a general framework for a regulatory system for both medicinal and adult-use cannabis in California.

2017 - The Bureau of Cannabis Control (BCC) and two other state agencies release regulations laying out three sets of rules covering licensing, cultivation, tracking and reporting, dispensaries, operations and other aspects that will govern the cannabis industry in California. Read more.

2018 - News breaks that Attorney General Jeff Sessions will rescind a trio of memos from the Obama administration that adopted the non-interference policy with marijuana-friendly state laws. Read more.

For more coverage on the ever-changing landscape of marijuana in California, visit 10News' news page.