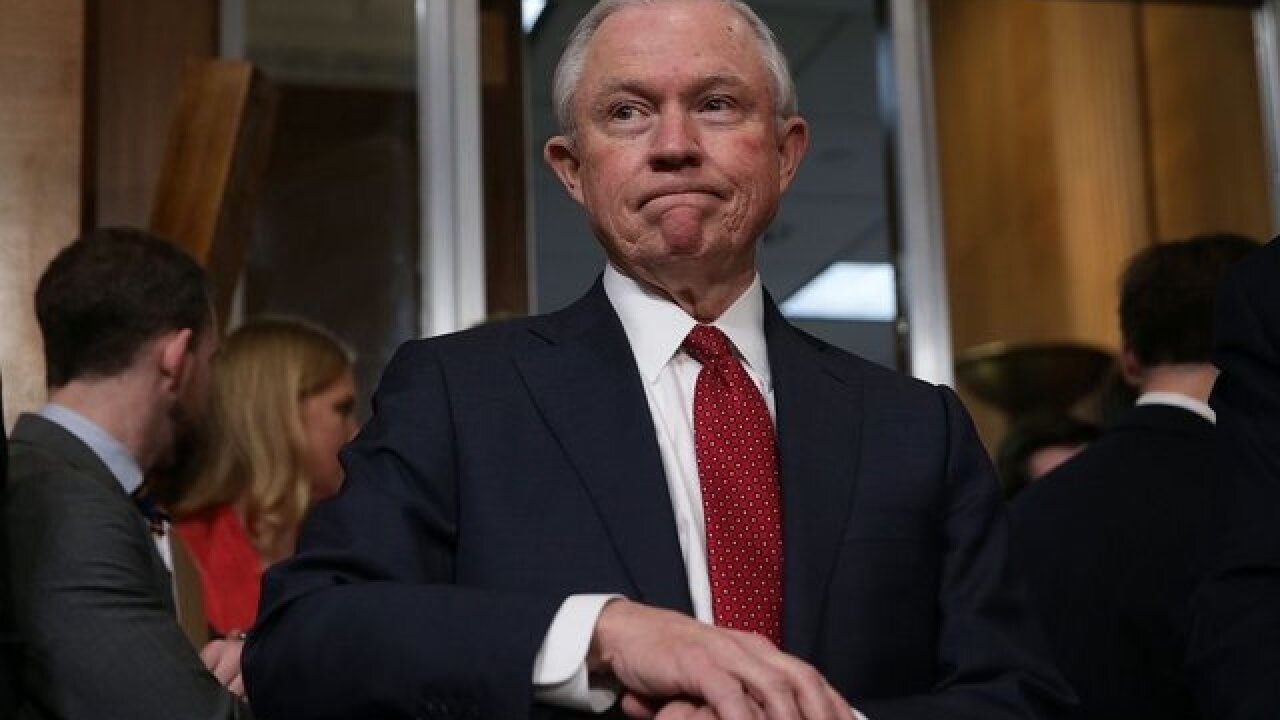 In a seismic shift, Attorney General Jeff Sessions will announce Thursday that he is rescinding a trio of memos from the Obama administration that adopted a policy of non-interference with marijuana-friendly state laws, according to a source with knowledge of the decision.

While many states have decriminalized or legalized marijuana use, the drug is still illegal under federal law, creating a conflict between federal and state law.

The main Justice Department memo addressing the issue, known as the "Cole memo" for then-Deputy Attorney General Jim Cole in 2013, set forth new priorities for federal prosecutors operating in states where the drug had been legalized for medical or other adult use. It represented a major shift from strict enforcement to a more hands-off approach, so long as they didn't threaten other federal priorities, such as preventing the distribution of the drug to minors and cartels.

The memo will be rescinded but it's not immediately clear whether Sessions will issue new guidance in its place or simply revert back to older policies that left states with legal uncertainty about enforcement of federal law.

The decision had been closely watched since Sessions was sworn in. He told reporters in November he was examining a "rational" policy.

The move comes days after marijuana became officially legal under laws in California, the largest state. Voters in California approved the measure in November 2016, but the legal, commercial sale of marijuana under California state law went into effect with the new year.

The majority of states allow the use of medical marijuana and eight, including the entire West Coast and the District of Columbia, allow recreational use.