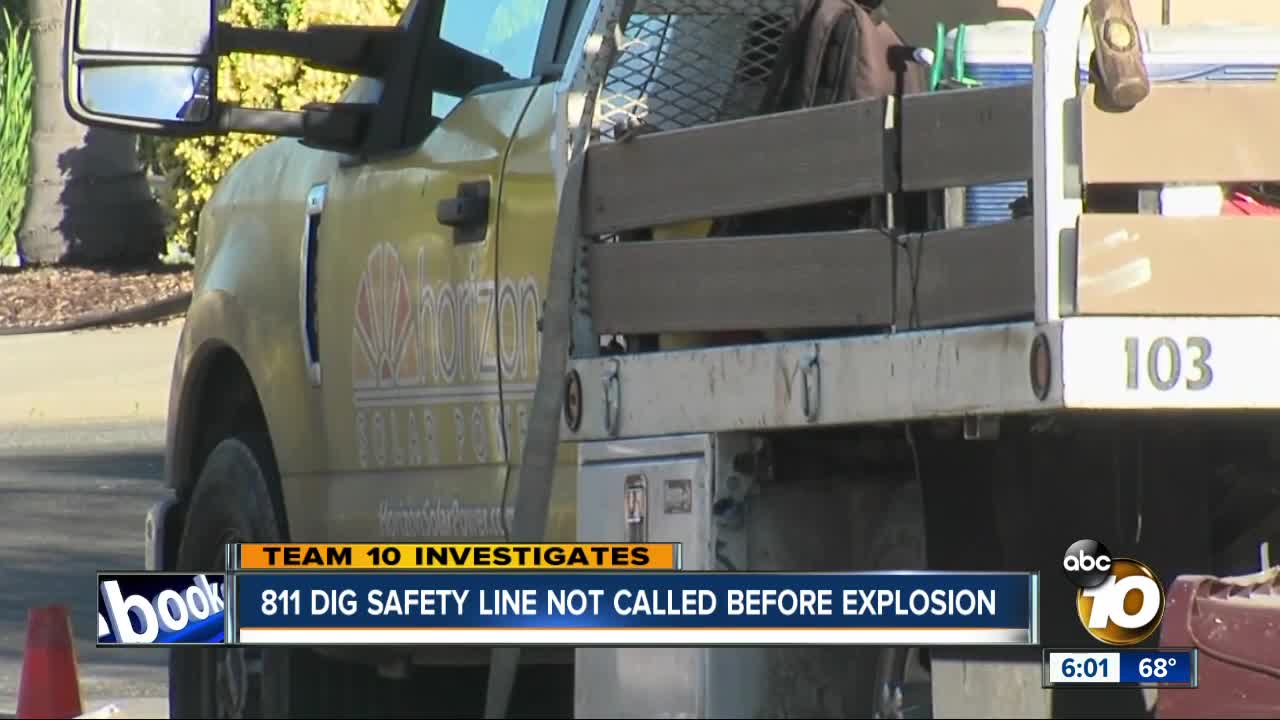 One person died in the explosion. 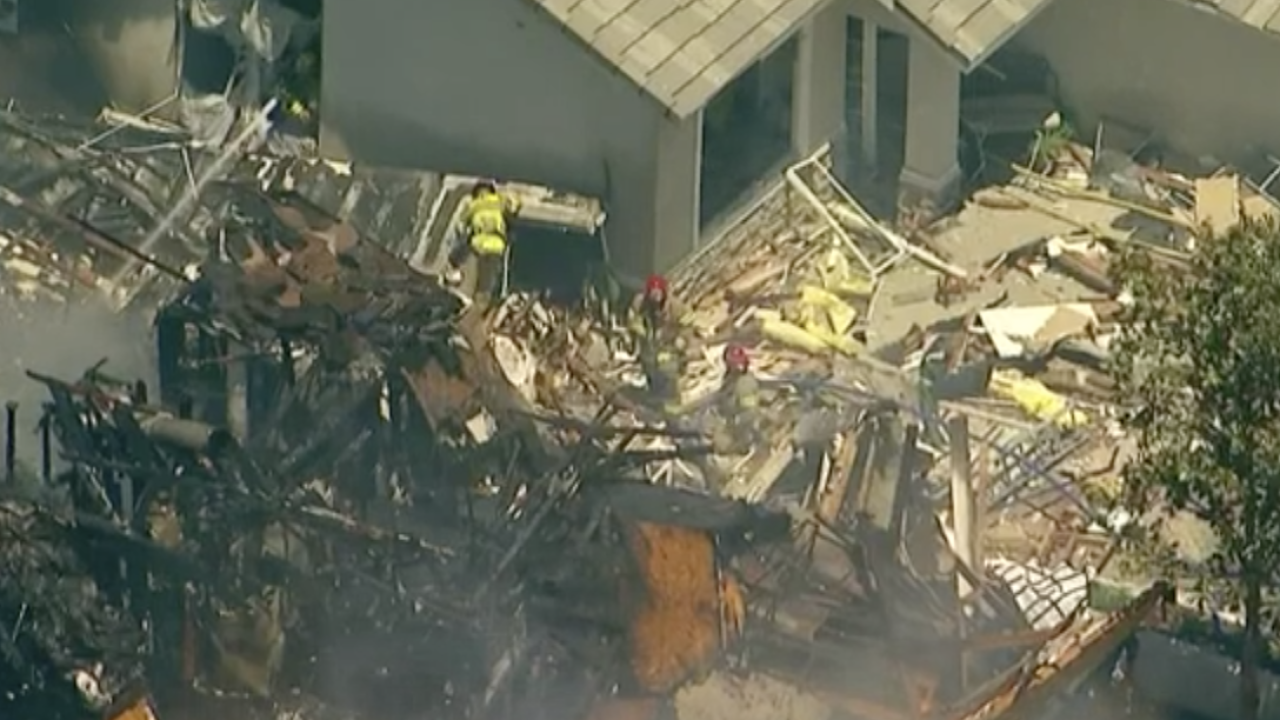 MURRIETA, Calif. (KGTV) -- The contractor involved in Monday’s deadly gas explosion in Murrieta did not call 811 as required by law, according to officials. One SoCalGas worker was killed in the explosion and more than a dozen people were injured.

If a homeowner or contractor plans to do any digging into the ground, there must be a call placed to 811 two working days in advance, according to state law.

Investigators say a solar company was working on the Murrieta home when the explosion occurred. That company, Horizon Solar Power, would not specifically address the incident. A spokesperson told Team 10: “Yesterday, four members of our team were at the site of a residential explosion in Murrieta. We are working with authorities and collecting facts to better understand what happened. Our primary thoughts are with the people who were injured and their families, including with the family of the person who lost his life.”

An SDG&E spokesperson said 811 must be called for projects including landscaping, fence, and patio projects. In San Diego County when you place that call, SDG&E will mark the location of buried utility owned pipelines and other lines. The service is free.

SDG&E receives between 12 to 13,000 Dig Alert location requests each month. Last year, utility crews were called to repair approximately 306 natural gas lines damaged due to construction or landscaping, according to a spokesperson. This year so far, there have been more than 90 preventable gas leaks.

Starting July 1, 2020, the new California Underground Facilities Safe Excavation Board (Dig Safe Board) will begin enforcement, according to SDG&E. Enforcement will include anything from training classes and/or fines up to $50,000. The Dig Safe Board is responsible for issue fines.