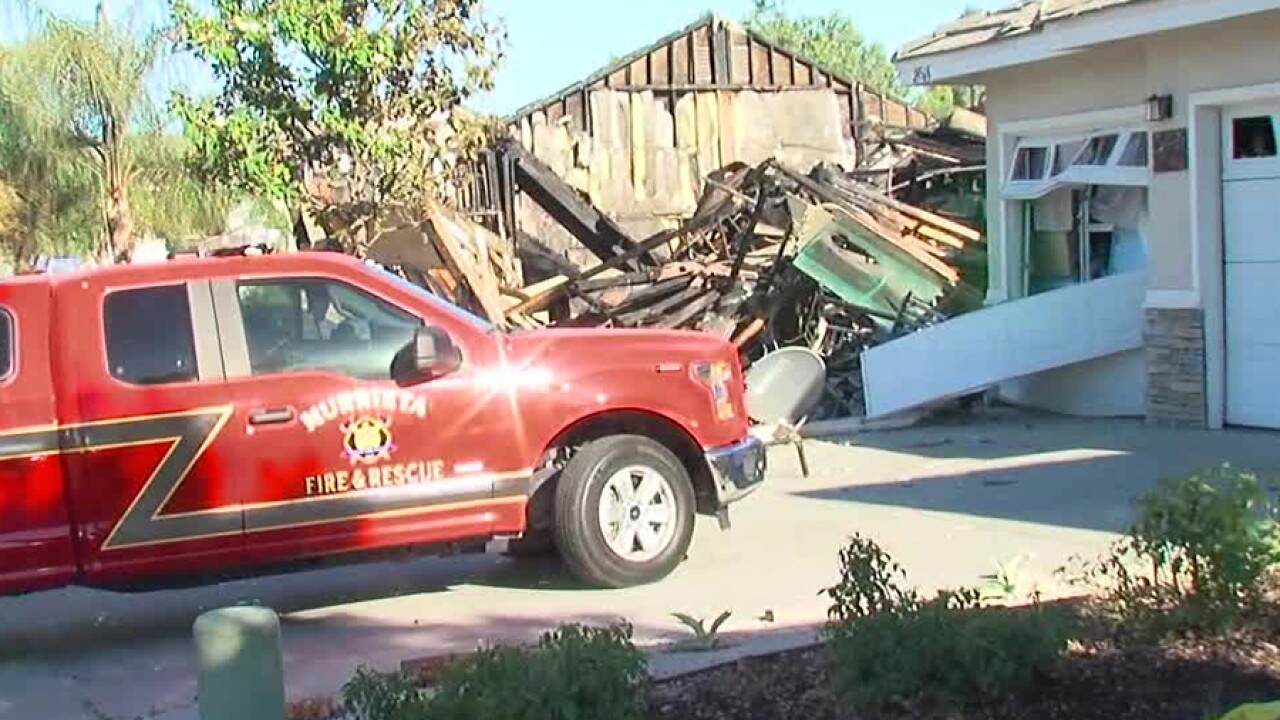 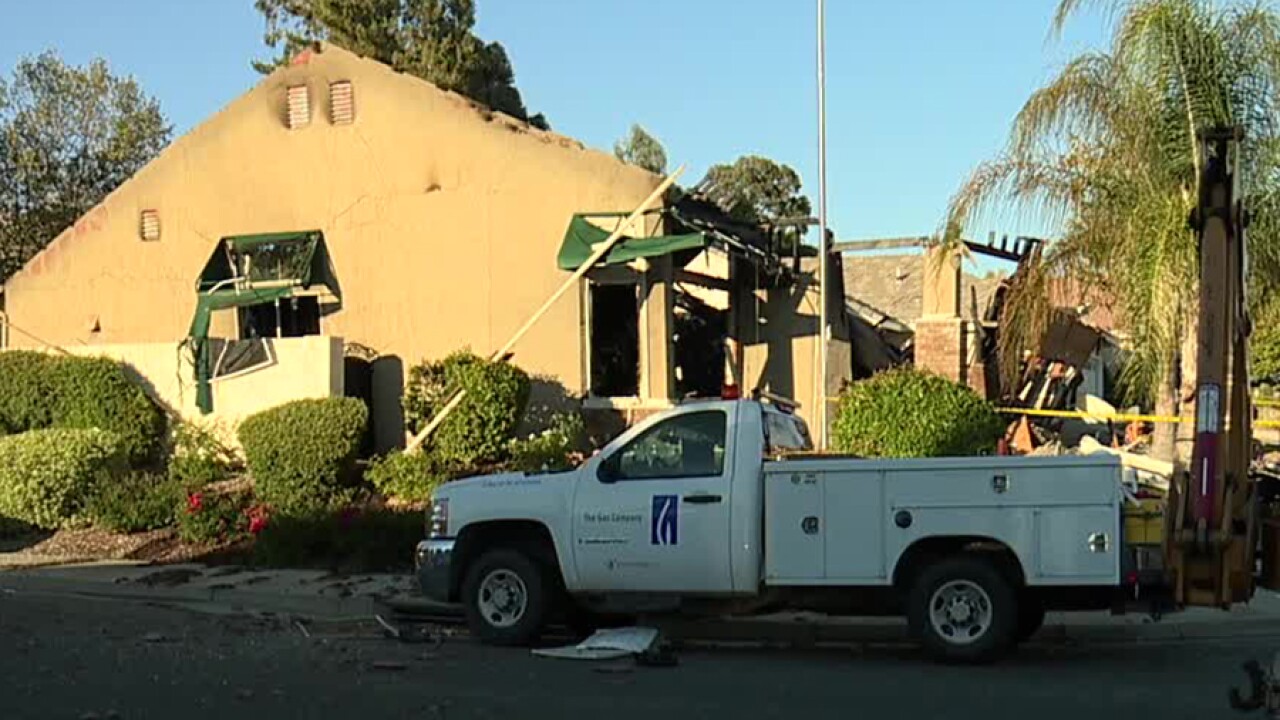 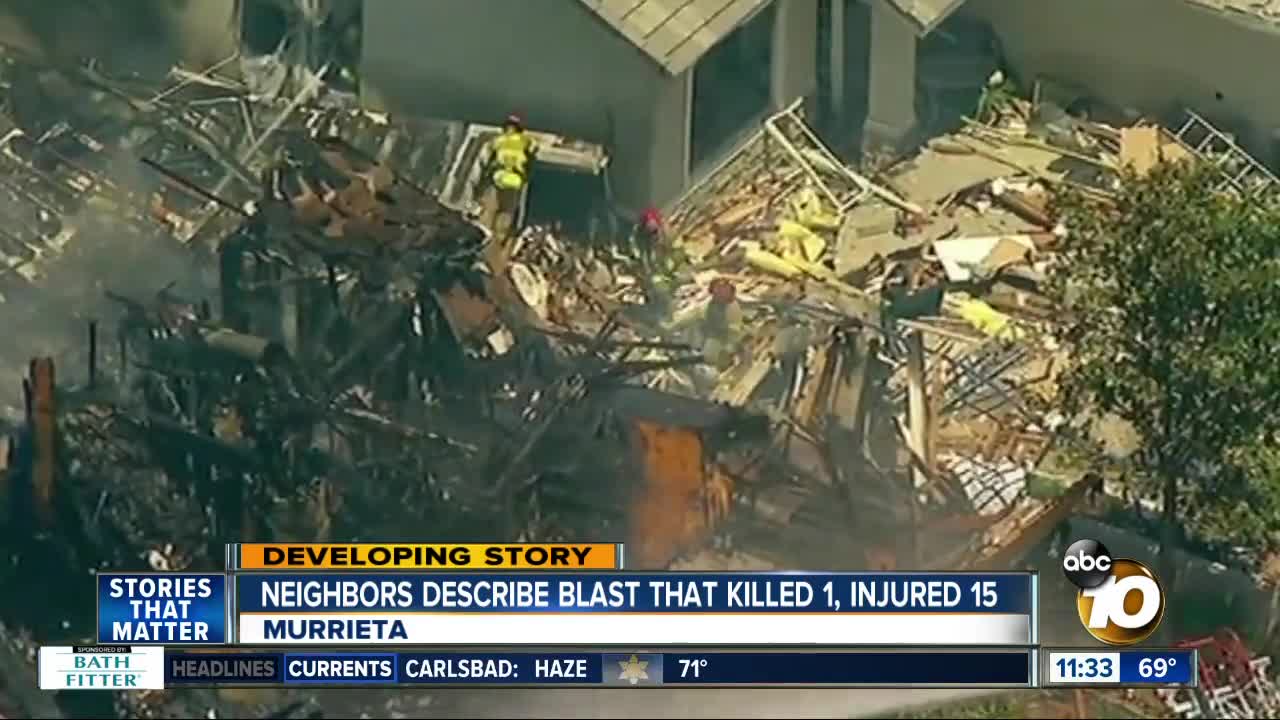 MURRIETA, Calif. (AP) - Authorities recovered the body of a Southern California Gas Co. worker killed in an explosion and fire that destroyed a house and damaged other homes in a Murrieta neighborhood.

Two other gas company workers were treated at the hospital for unspecified injuries and have since been released.

Lantzer said work on repopulating the neighborhood is continuing Tuesday.

Four homes have been red-tagged, meaning they can't be occupied. One home is yellow-tagged, which limits entry, and several other houses are being evaluated.

SoCal Gas spokesman Randon Lane said there's no record the contractor made a required call to have gas lines marked.

The contractor's identity hasn't been released.

In a statement, Horizon Solar Power officials said: "Yesterday, four members of our team were at the site of a residential explosion in Murrieta. We are working with authorities and collecting facts to better understand what happened. Our primary thoughts are with the people who were injured and their families, including with the family of the person who lost his life."

10News learned that a woman and her two children were inside the home at the time of the blast. Fire officials said the woman and her kids were behind a wall when the explosion occurred, and that may have saved their lives.

The family, according to a San Diego-based realtor, just moved into the house a few months ago.