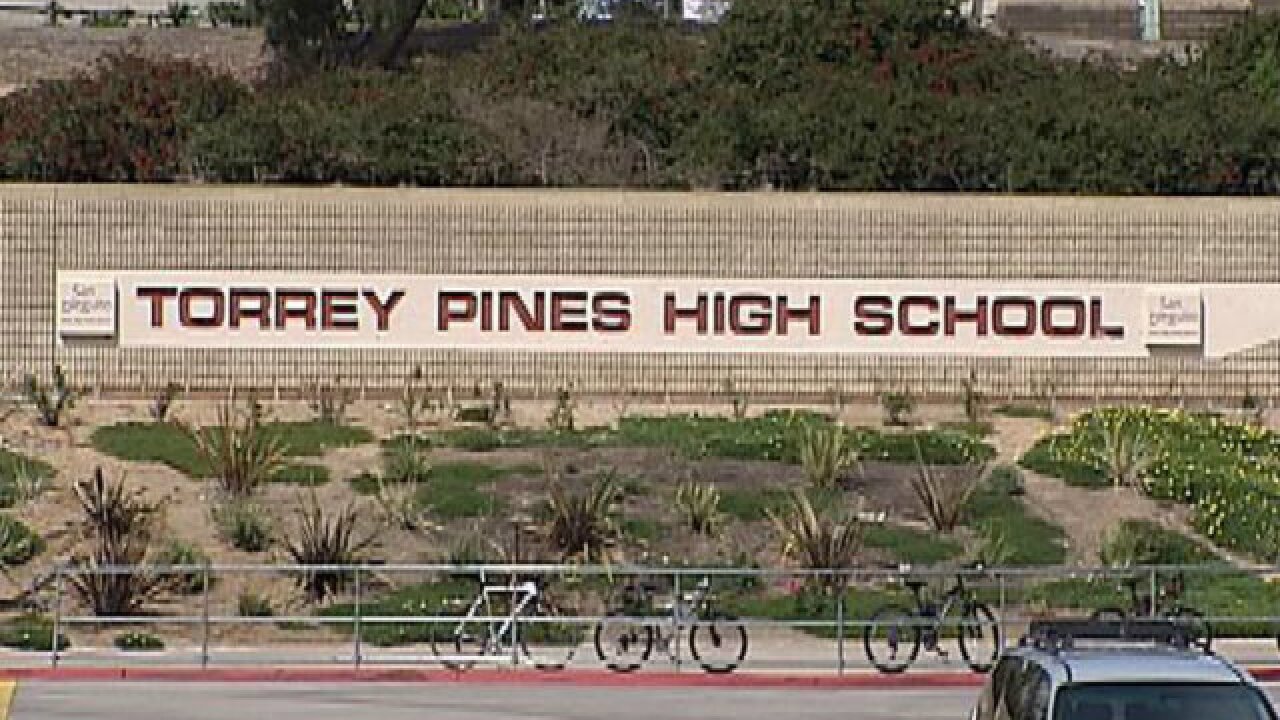 After an investigation, police were able to identify the boy and placed him in the custody of Juvenile Hall. He could face possible felony charges, Phillips said.

Phillips said the boy is accused of making multiple verbal threats that day.

According to police, no firearms were found after a search of the boy's home but investigators seized the boy's cell phone and computer for further analysis.

The alleged threat came one day after a 14-year-old student was arrested on suspicion of threatening Torrey Pines High School.

Police said the 14-year-old boy was taken into custody on suspicion of making criminal threats. The incident forced the school to cancel its planned "Color War Pep Rally."

Phillips told reporters that they do not believe the cases are connected, but both cases are still under investigation.

"We take every threat seriously. We respond right away. We're not messing around on this stuff; we don't want to let anything slip," Phillips said.

Police said they are asking anyone with information on either case to come forward.