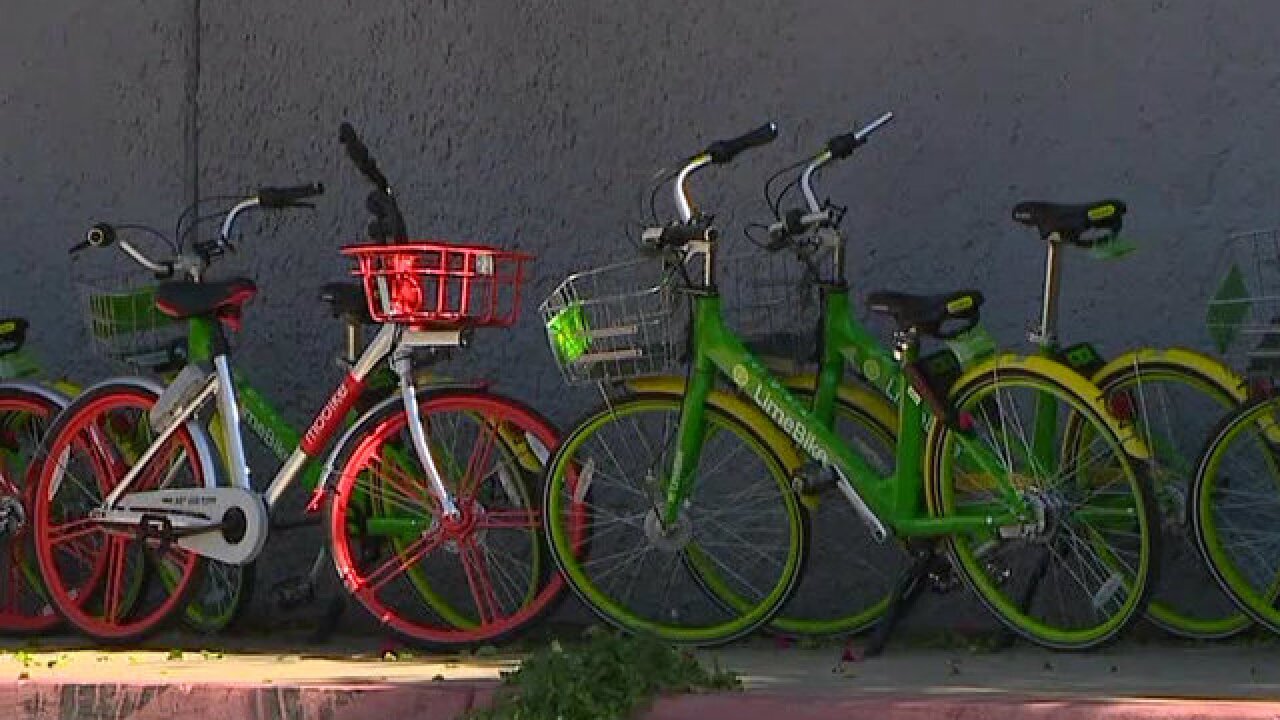 SAN DIEGO (KGTV) — As dockless bicycles and scooters continue to create havoc on San Diego's sidewalks and streets, the City Council could lean on a new "mobility board" to address concerns.

The City Council's Rule Committee this week unanimously approved the motion to begin working on the proposed City of San Diego Mobility Board.

Specifically, the vote directs city staff to develop ordinances to establish the board, which combines the city's bicycle and parking advisory boards, according to Councilmember Chris Ward's office. Ward suggested the board's creation to the committee.

"The way we move ourselves around cities and neighborhoods has changed dramatically, making it critical to coordinate the various, growing transportation choices offered to San Diegans," said Councilmember Ward

Of those new methods of transportation, app-rented bicycles and scooters have largely been targeted. Cities around the county, including San Diego, have been grappling with how to regulate how bikes are used and implemented — and where they are left — in communities.

But the board's span is meant to cover more than dockless transportation, according to Ward's office, and will address walking, public transit, and other modes of transportation.

"The Board’s goal will be to inform transportation decision-making and ensure that people driving, walking, bicycling, taking transit, or using other transportation modes, will have safe, connected, easy to use choices to move around the City," said Ward.

The board's aim would be to develop a holistic approach to combating transportation-related issues, especially those related to the city's Climate Action Plan and Vision Zero goal, which aims to eliminate traffic-related fatalities and injuries in San Diego by 2025.

The ordinance could be ready for a City Council vote before the end of the year.