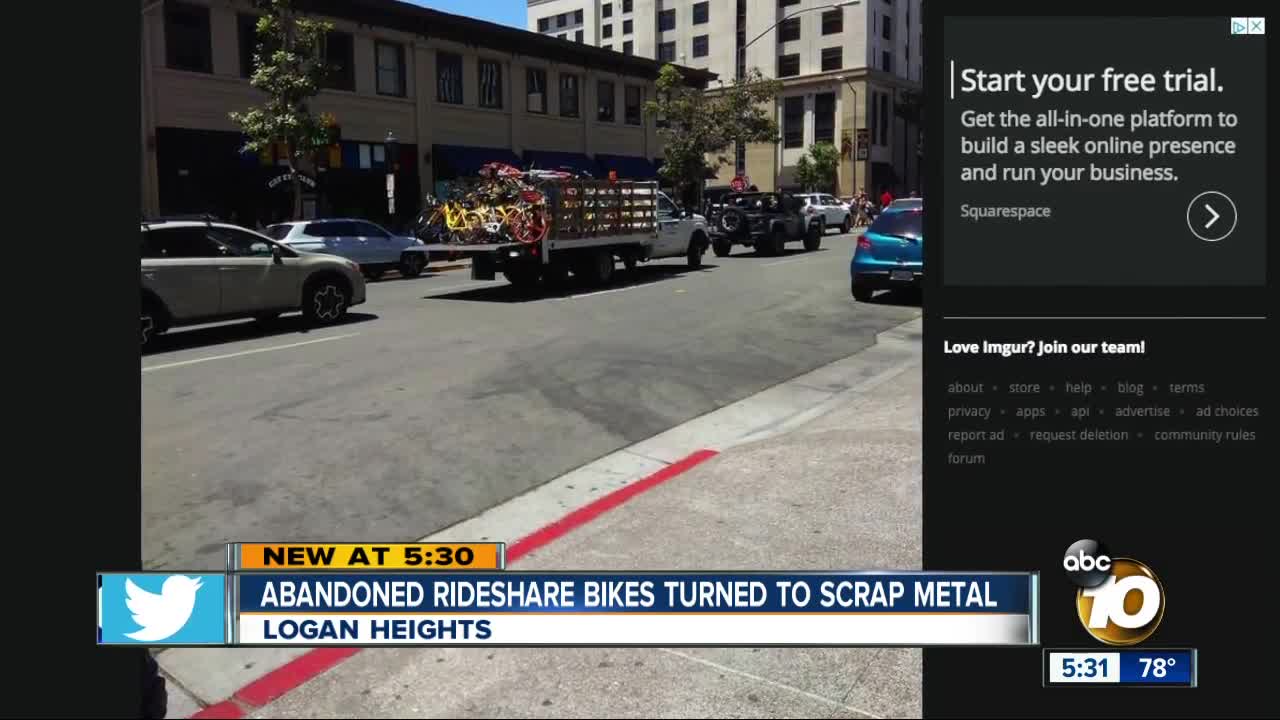 Ofo says bikes seen gathering at a San Diego metal recycling plant are merely repurposing of assets, according to the company. Though the move comes as Ofo announces it is leaving several major cities. 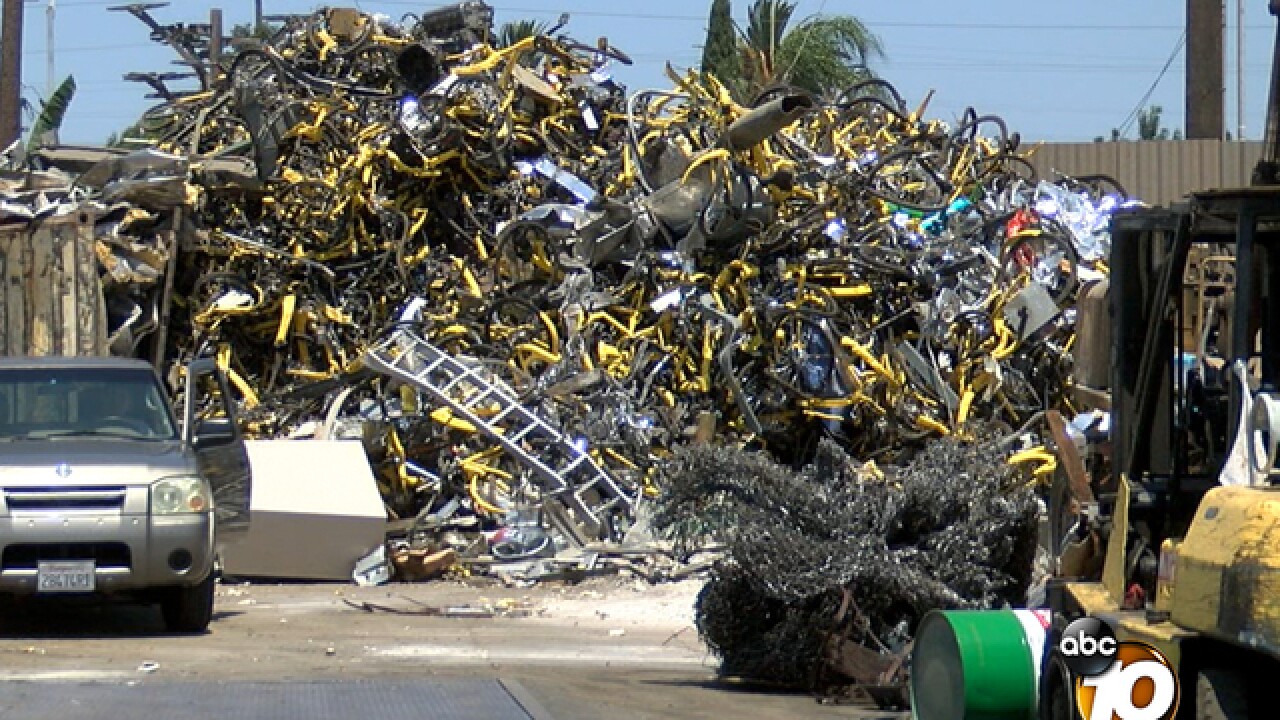 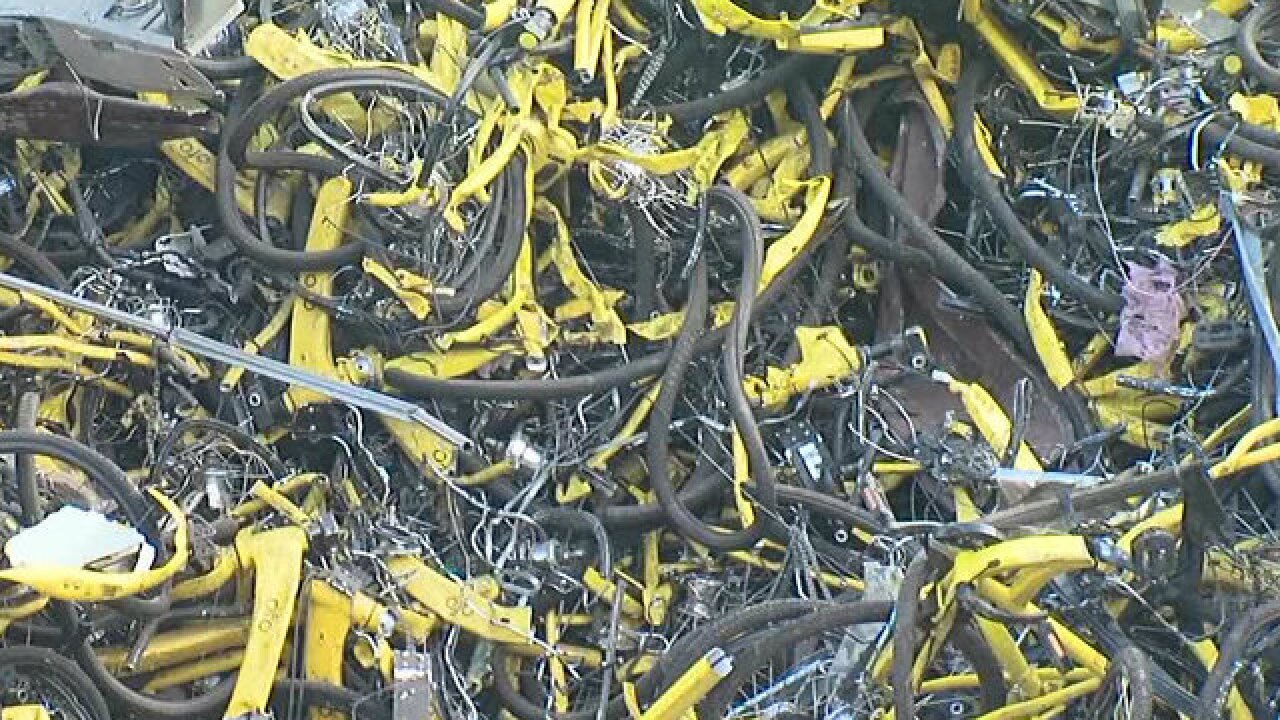 Hundreds of Ofo bikes have been stacking up over the last few days at Ekco Metals in Logan Heights.

Ofo says they are simply recycling their own bikes and bike parts that are beyond repair.

The bikes were sold as scrap metal at $3 each, according to staff.

Ofo says this is a part of a bikes life cycle and they have been doing this in other markets.

Ofo appears to be winding down its operations in North America. The Chinese bike-sharing startup recently announced it’s shuttering operations in Dallas, Seattle and Washington, D.C.

Ofo officials told 10News last month it is committed to staying in San Diego after it accidentally sent out an alert saying they were leaving town.

San Diego police said they are not assisting in scrapping the bikes and they are working with rideshares to ensure safety.