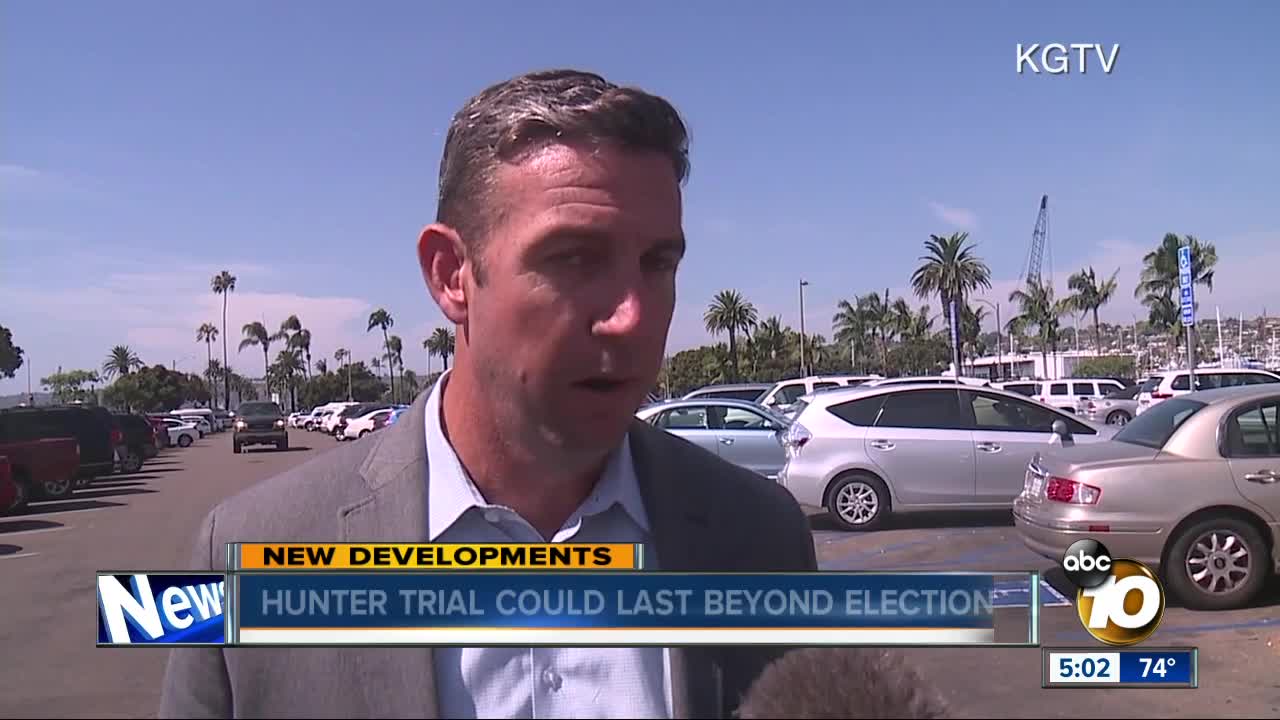 Rep. Duncan Hunter and his wife, who face federal charges of misusing campaign funds, made another court appearance in San Diego Tuesday, but no trial date was set. 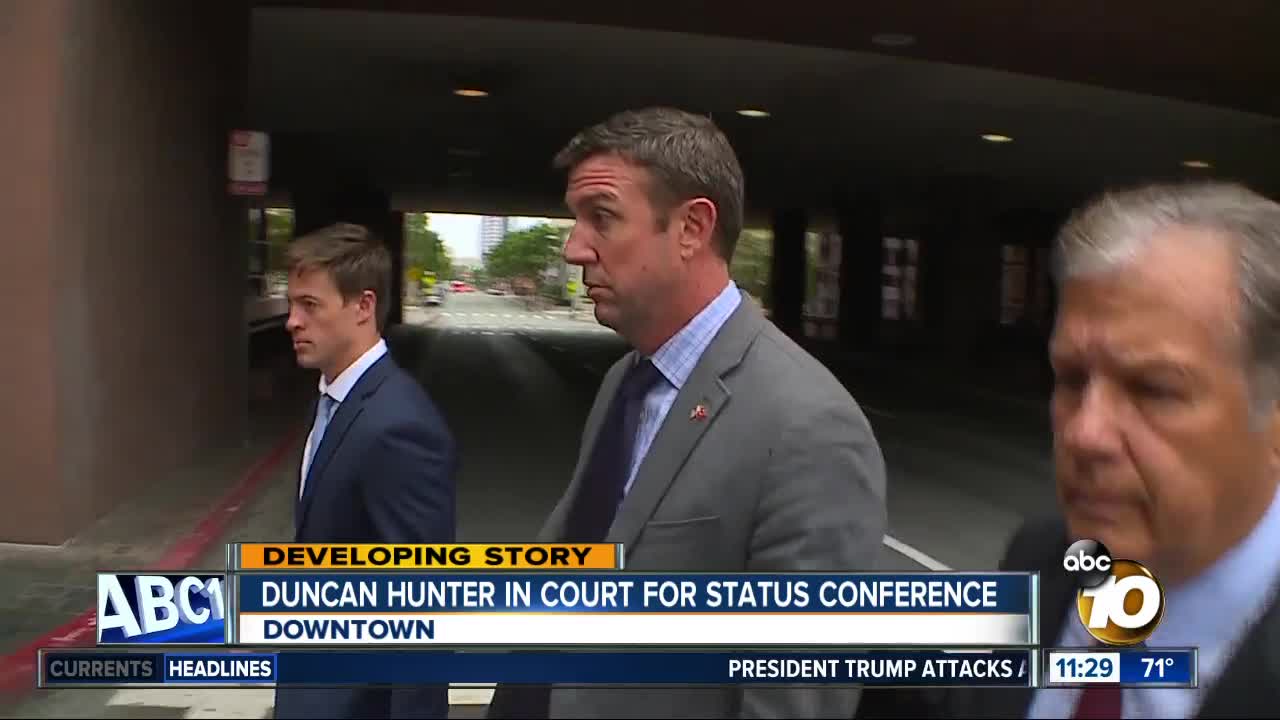 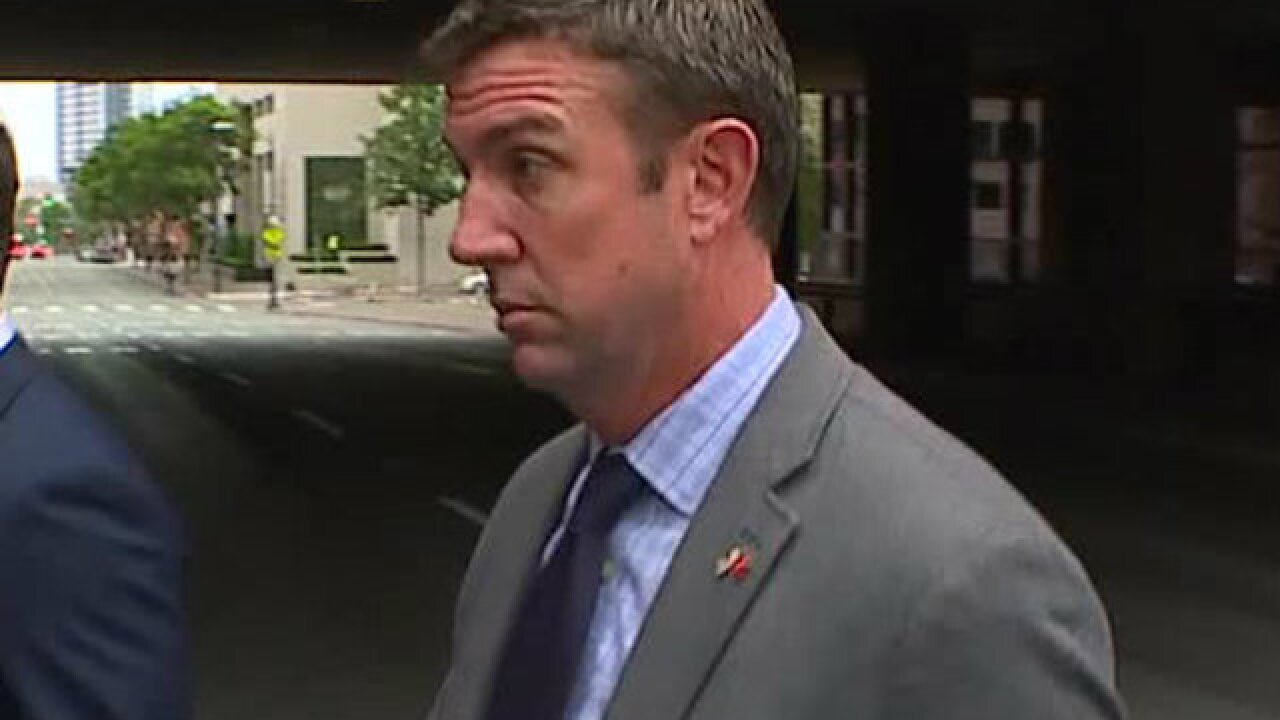 SAN DIEGO (KGTV) - Rep. Duncan Hunter and his wife, who face federal charges of misusing campaign funds, made another court appearance in San Diego Tuesday, but no trial date was set.

The San Diego congressman and his wife Margaret faced a crush of media as they separately entered the downtown federal courthouse.

A crowd of protesters was also there to greet Hunter, chastising him and calling for his immediate resignation.

In court, the Hunters did not sit together. The congressman entered the courtroom first, with Margaret Hunter appearing a short time after.

10News reporter Jon Horn, who was in the courtroom, said Margaret Hunter did not acknowledge her husband when she walked in. She sat down on the opposite side of the courtroom.

During the hearing, U.S. District Judge Thomas Whelan denied a request by Hunter’s attorney, Gregory Vega, that the congressman not appear at a Sept. 24 court date. Whelan explained that Hunter was under a federal indictment and would not be treated any differently.

The Hunters learned that a trial could begin as soon as Nov. 22 -- three weeks after Election Day.

Following the hearing, the Hunters left the courthouse without saying a single word to reporters before they both got into an awaiting Uber.

Prosecutors allege the Hunters used more than $250,000 in campaign funds to bankroll a lavish lifestyle and reported the purchases as campaign expenses.

Prosecutors said the Hunters’ personal accounts were in disarray, despite the San Diego congressman’s $174,000-per-year salary. Due to their “paycheck-to-paycheck” living, low bail amounts were set for the Hunters at their arraignment -- $15,000 for the congressman and $10,000 for his wife.

Hunter has maintained that the federal charges against him are "politically motivated and denied any wrongdoing.

However, some have suggested Hunter has shifted blame onto his wife based on comments he made about his wife being in charge of family and campaign finances.