Congressman Duncan Hunter on indictment: "Leave my wife out of it" 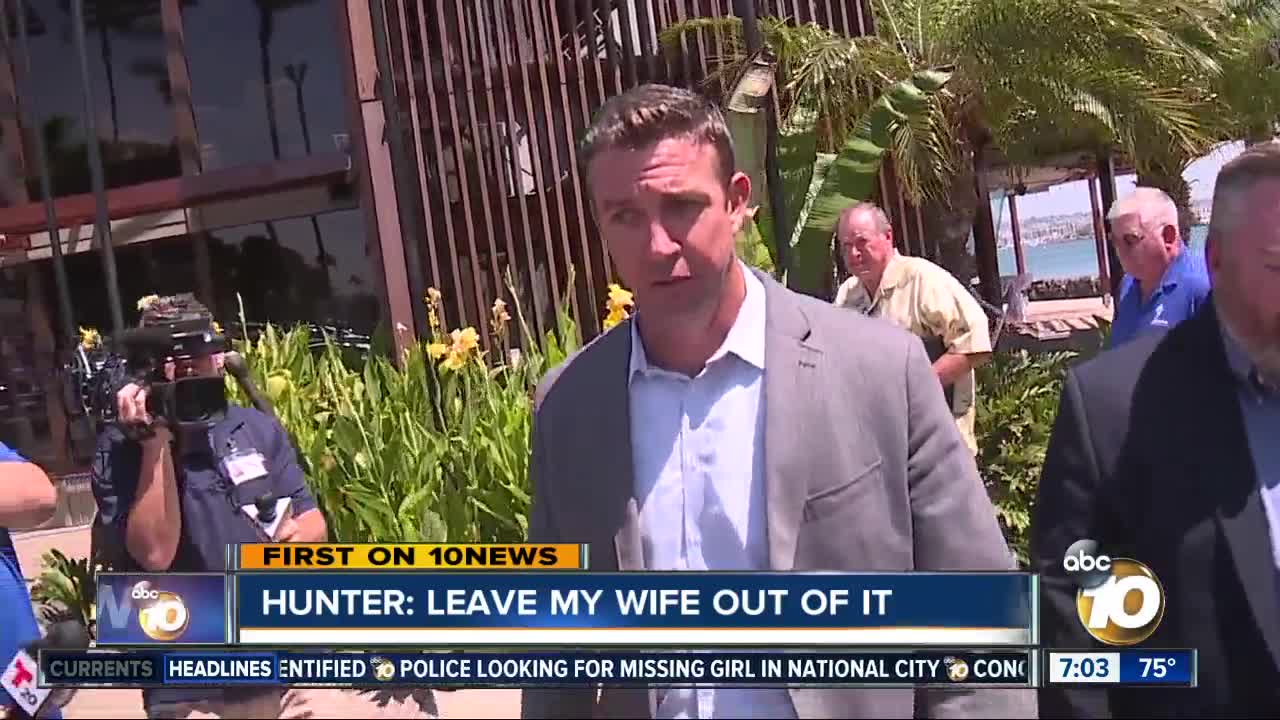 San Diego County Congressman Duncan Hunter spoke Tuesday morning to a group of women who support him despite accusations of misusing campaign funds. 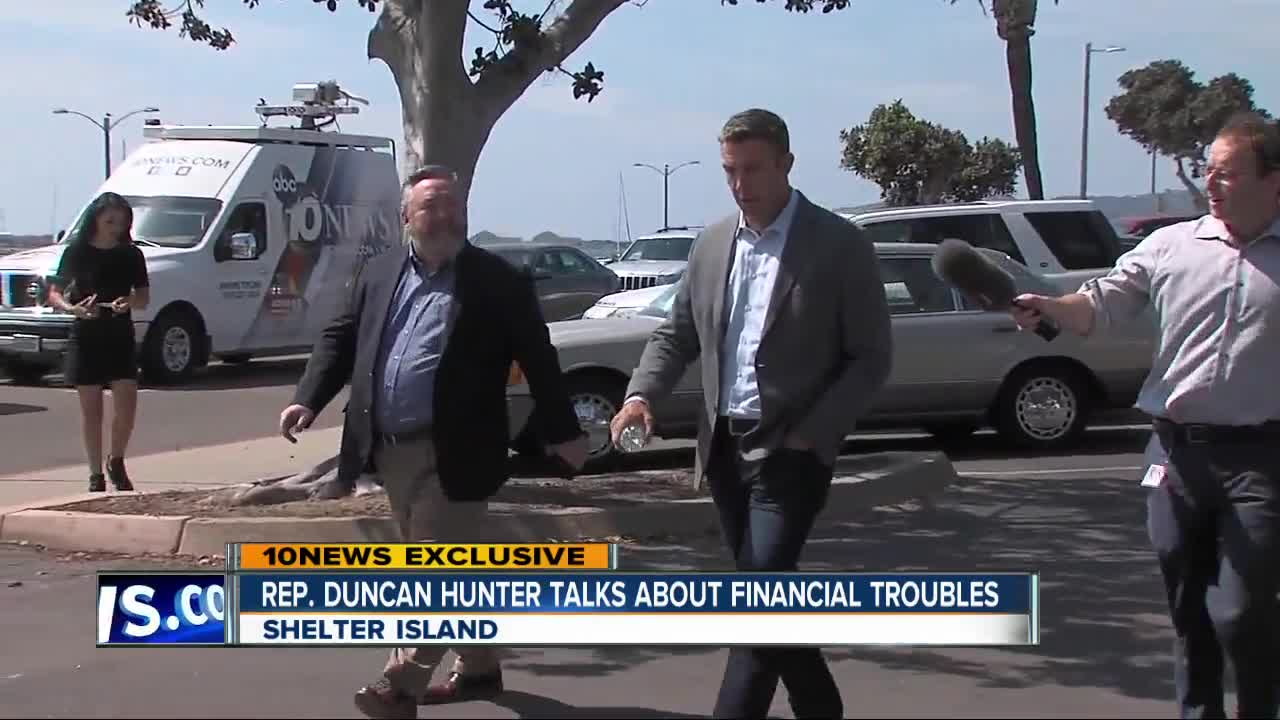 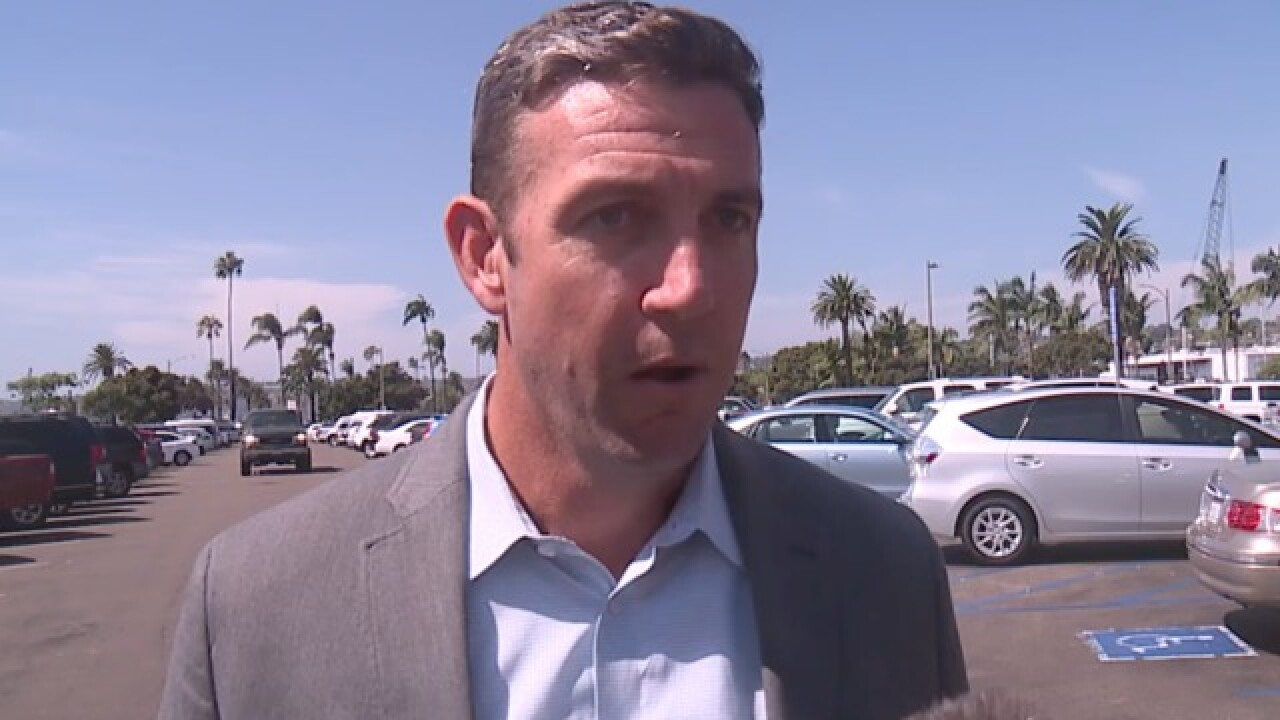 SAN DIEGO (KGTV) - San Diego County Congressman Duncan Hunter spoke Tuesday morning to a group of women who support him despite accusations that he and his wife misused campaign funds.

“Women Volunteers in Politics” gathered for the speech at the Bali Hai restaurant on Shelter Island. The event was booked months before Rep. Hunter’s indictment.

Hunter spoke to 10News before the event.

“Leave my wife out of it, leave my family out of it. It’s me they’re after anyway. They’re not after my wife; they want to take me down, that’s what they’re up to. So let’s get this in the arena and have this settled,” said Hunter.

Tuesday's statement was a change from Hunter's message the morning after the indictment was announced. When asked about the accusations levied against his wife, Hunter confirmed that she was in charge of campaign expenses but added, “That’ll come out in court. That’s for the court and for her.”

Hunter and his wife Margaret pleaded not guilty to dozens of charges last week in federal court. The couple is accused of spending about $250,000 in campaign funds on vacations and personal items while falsifying spending reports.

10News heard from supporters who said they would stand by his side because he is innocent until proven guilty.

Hunter said he would speak to the women's group about the “Republican Party, Donald Trump, Congress, plans for the future. What we’re going to do, how we’re going to win and make America great again.”

Despite the indictment, a 10News Union-Tribune poll shows 47 percent of the 50th District constituents would still vote for Hunter over his opponent, Ammar Campa-Najjar.

10News asked Hunter whether he would have a good chance of holding his congressional seat during the trial.

“I think so, but it’ll be up to the people. They’ve had almost a decade of my service. I’m the most prolific legislator in the county,” Hunter said.

In an opinion article written for USA Today, Hunter claimed the indictment was politically motivated.

"My constituents can recognize a political agenda when they see it, and they can disregard empty rhetoric when they hear it. I am looking forward to taking this to court,” Hunter wrote.

Hunter was ordered to turn over his weapons during last week’s court appearance but did not answer 10News reporter Jon Horn when he questioned him about it.