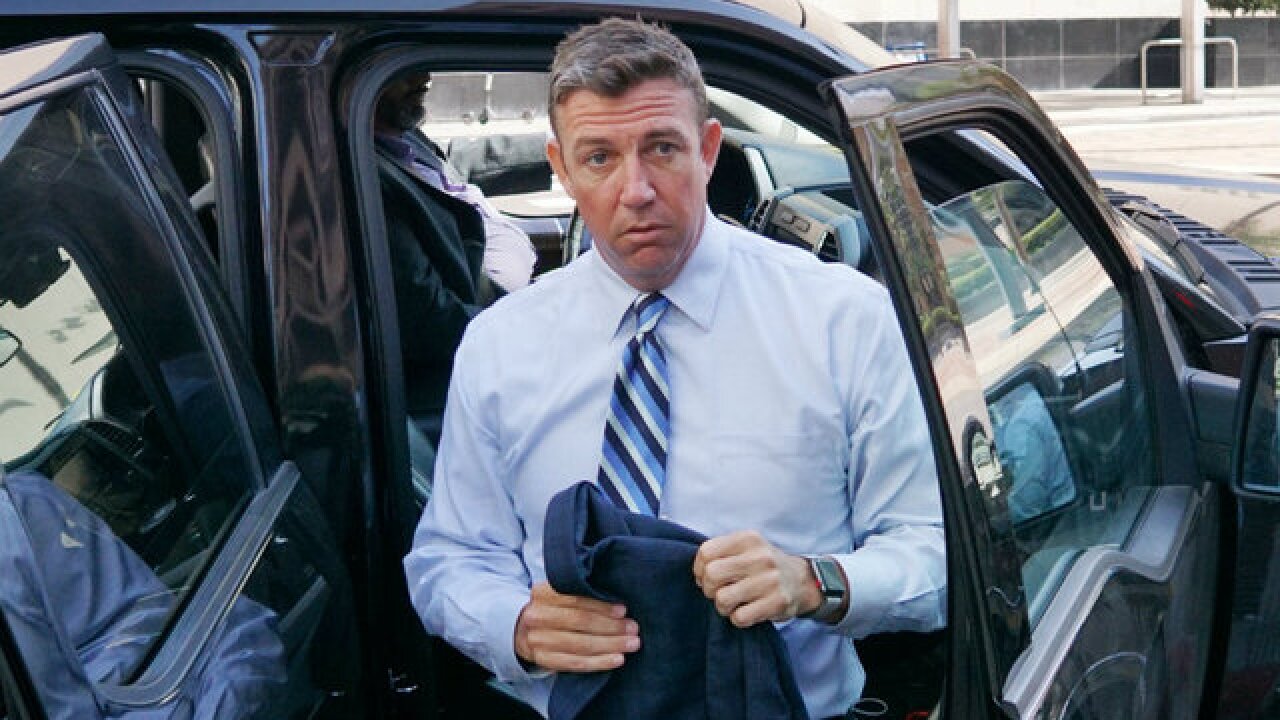 On August 6, Hunter attorney Gregory A. Vega wrote to Rod Rosenstein at the Department of Justice requesting the postponement of this week's campaign fund misuse indictment, and addressed “an overly aggressive prosecution intent on criminalizing content that is civil in nature”.

“While there may be evidence of infidelity, irresponsibility, or alcohol dependence, once properly understood, the underlying facts do not equate to criminal activity; these allegations are, however, intended to embarrass and humiliate the Congressman shortly before a crucial election, and also to alienate him from his wife, the only other person under investigation and his intended co-defendant,” wrote Vega.

Prosecutors allege the Hunters used more than $250,000 in campaign funds to support a lavish lifestyle and reported the purchases as campaign expenses.

The affidavit detailed money spent on hotel rooms for different individuals and various social outings, including one involving 30 shots of tequila. The relationship between Hunter and each individual mentioned in the affidavit was not revealed.

Vega also asked whether the Federal Election Commission had been consulted in the investigation, stating that “supposedly ‘criminal’ transactions involving the Congressman actually fall into FEC grey areas or are altogether permissible.”

“This is true even for personal indiscretions of the Congressman that prosecutors seem intent on charging. (The prosecutors even said they have ‘pictures’ to prove it)”, wrote Vega.

In the letter, Hunter’s attorney also questioned the timing of the investigation between California’s June primary and the election.

“The Southern District’s truncated process supports the conclusion that its prosecution of Congressman Hunter is politically motivated,” Vega said.

Vega noted that there would be no way for Republicans to replace Hunter on the November ballot, which would “result in a solidly Republican district being handed to a Democratic candidate who garnered a mere 16 percent of the vote in the primary”.