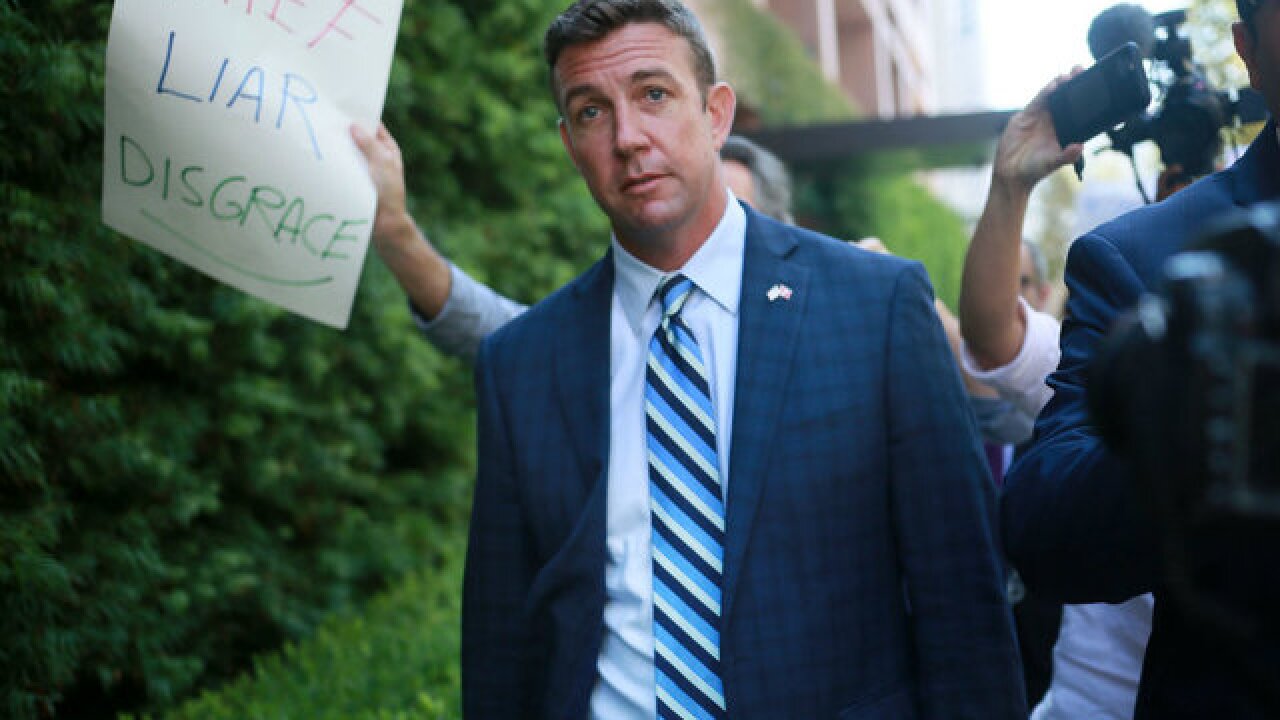 (KGTV) - Rep. Duncan Hunter, who pleaded not guilty Thursday to charges of campaign finances misuse, has asked to be removed from his committee assignments in Congress.

In a letter written to Speaker of the House Paul Ryan Hunter requested that he be “temporarily removed” from the committee “in light of recent events.”

In light of recent events, I am requesting to be temporarily removed from my positions on the House Committees on Armed Services, Education and the Workforce, and Transportation and Infrastructure. I fully intend to resume my position as an active member of these committees upon a successful resolution of pending legal matters.

The charges against me are politically motivated and without merit. I intend to fight them fully. In the meantime, I look forward to quickly clearing my good name, and I will continue to represent the people of California’s 50th District.

The move by Hunter comes one day after he refused to step down from the committees, a House GOP source told ABC News.

ABC News reported that if Hunter did not voluntarily step down, it would have forced House Republicans to vote on his removal when the House returns in September.