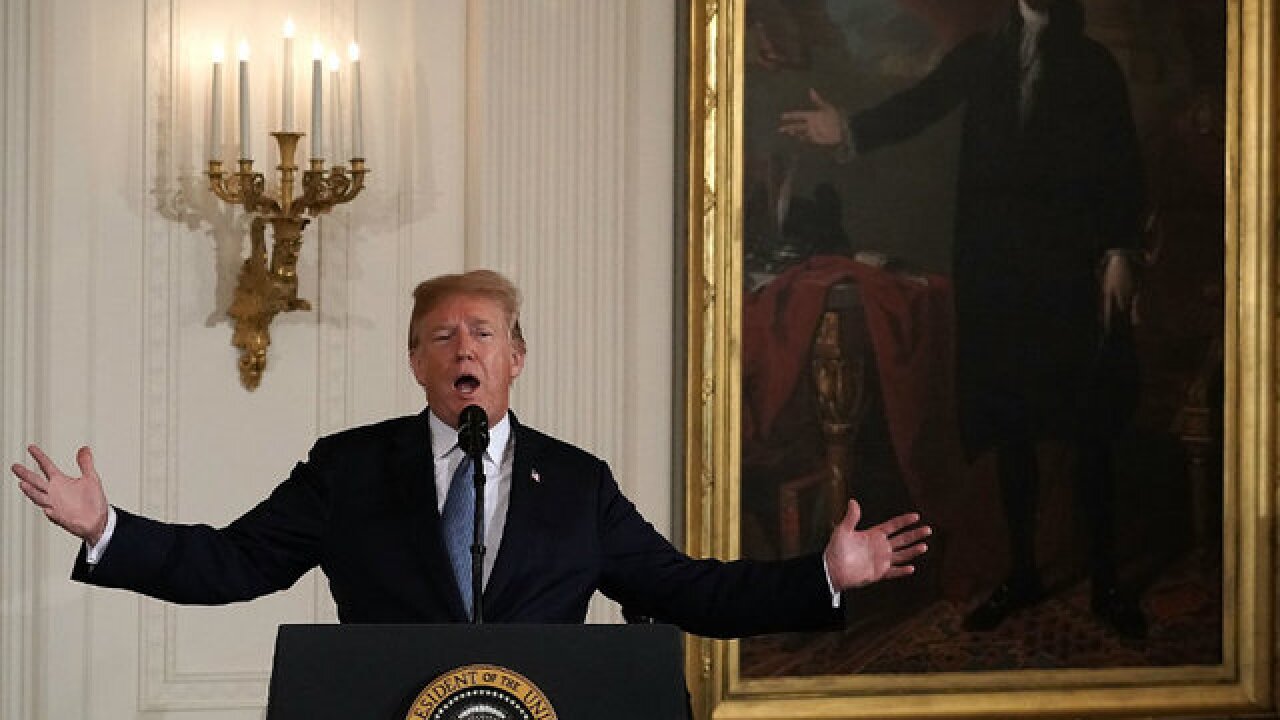 The president tweeted: “HOUSE REPUBLICANS SHOULD PASS THE STRONG BUT FAIR IMMIGRATION BILL, KNOWN AS GOODLATTE II, IN THEIR AFTERNOON VOTE TODAY, EVEN THOUGH THE DEMS WON’T LET IT PASS IN THE SENATE. PASSAGE WILL SHOW THAT WE WANT STRONG BORDERS & SECURITY WHILE THE DEMS WANT OPEN BORDERS = CRIME. WIN!”

Voting on the bill was expected to happen sometime Wednesday.

Many critics do not think the bill, which includes changes to DACA and funding for improved border security, will receive enough support to pass.

Just last week, Trump urged Republicans to “stop wasting their time” on working to fix the immigration issue and wait until after mid-term elections.

Details of Trump, Putin summit are set, will be announced Thursday
--Details of a summit meeting between President Trump and Russian President Vladimir Putin will be announced on Thursday, a U.S. official has told CNN. This official would not offer more details, but Helsinki, Finland, remains a leading site contender for the two leaders' meeting.

"The joint announcement is due to be made tomorrow," he told CNN's Matthew Chance.

Trump will be in Europe in mid-July for a NATO meeting in Brussels and a working visit to the United Kingdom.

Embattled FBI agent meets with Congress behind closed doors
-- Congress will get its first chance Wednesday to grill the FBI agent who has been at the center of the controversy of the FBI's handling of its investigations into Hillary Clinton and Russia.

The House Judiciary and Oversight Committees are interviewing FBI agent Peter Strzok behind closed doors this morning as part of the joint investigation into the FBI's actions in 2016.

Strzok has been lambasted by Republicans — and criticized by some Democrats, too — for his anti-Trump text messages exchanged with former FBI lawyer Lisa Page. Strzok and Page, who had an extramarital affair, sent thousands of text messages while they worked on the Clinton email investigation, the Trump-Russia probe and briefly on special counsel Robert Mueller's team. Strzok was removed from Mueller's team after the texts were discovered; Page had already left.

Late-night TV hosts come together to respond to Trump
-- In a sight rarely seen on TV nowadays, late-night hosts Stephen Colbert, Conan O’Brien and Jimmy Fallon stopped competing for a moment to join forces in response to recent criticism from President Trump.

Here was the result of the comedians' collaboration:

Late night hosts @StephenAtHome, @JimmyFallon and @ConanOBrien collude with each other on how to respond to the president. #LSSC pic.twitter.com/slMtGxnOhL