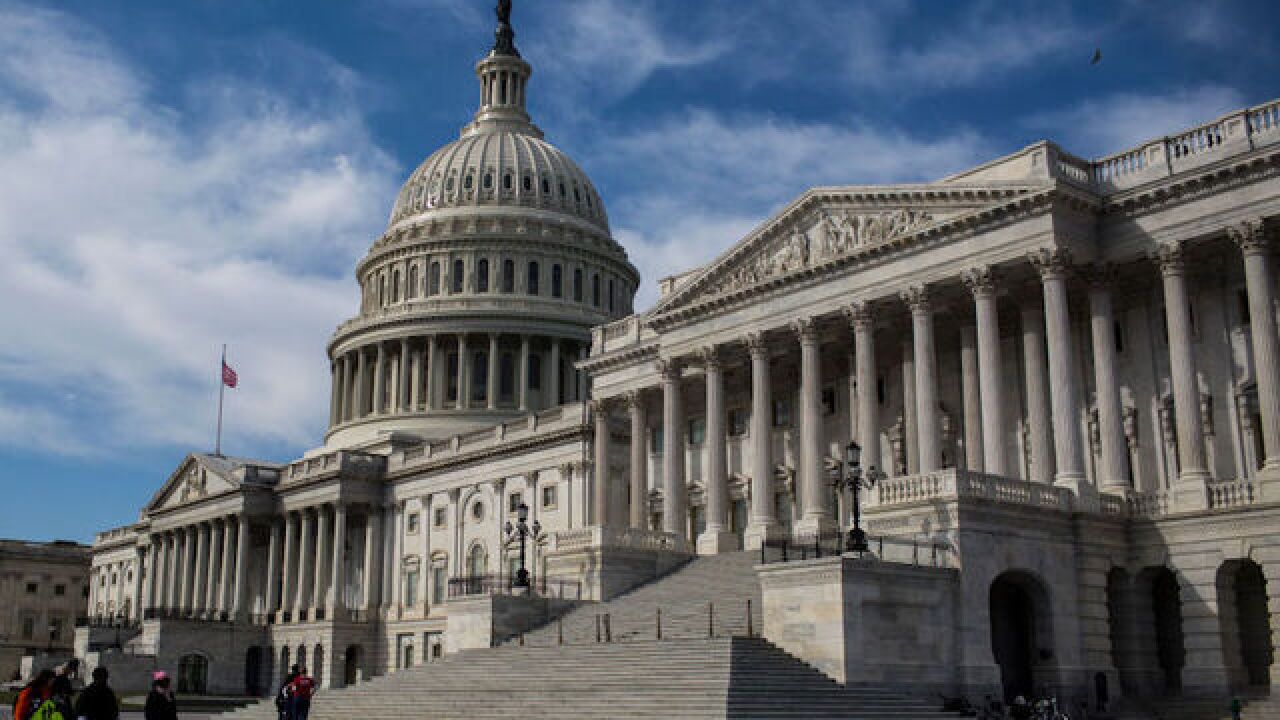 Congress will get its first chance Wednesday to grill the FBI agent who has been at the center of the controversy of the FBI's handling of its investigations into Hillary Clinton and Russia.

The House Judiciary and Oversight Committees are interviewing FBI agent Peter Strzok behind closed doors this morning as part of the joint investigation into the FBI's actions in 2016.

Strzok has been lambasted by Republicans — and criticized by some Democrats, too — for his anti-Trump text messages exchanged with former FBI lawyer Lisa Page. Strzok and Page, who had an extramarital affair, sent thousands of text messages while they worked on the Clinton email investigation, the Trump-Russia probe and briefly on special counsel Robert Mueller's team. Strzok was removed from Mueller's team after the texts were discovered; Page had already left.

Strzok was faulted in the recent inspector general report from the Justice Department for his anti-Trump bias, with Inspector General Michael Horowitz concluding that his texts "cast a cloud" over the entire FBI investigation. The report also found no evidence that the political bias affected the specific investigative decisions that were reviewed in the Clinton case, but found fault with Strzok for prioritizing the Russia investigation over the Clinton email probe.

But the latest batch of text messages uncovered by the inspector general included one in which Strzok told Page "we'll stop" Trump -- and President Donald Trump and his conservative allies say the texts show that the FBI was biased against Trump, arguing that the Mueller investigation is tainted as a result, too.

"It's one thing to say 'Trump's awful.' It's another thing to say 'We're going to stop him,' especially when those statements are made within 15 days, just days after you've launched an investigation into that individual," said Rep. Jim Jordan, an Ohio Republican and co-founder of the conservative House Freedom Caucus.

After an FBI career spanning more than two decades and an ascent to the No. 2 spot within the counterintelligence division at the FBI, Strzok's collapse in the court of public opinion has been swift.

The man who led top secret Chinese espionage investigations was led out of the FBI building earlier this month as the bureau continues its disciplinary proceedings into the conduct revealed in Horowitz's report.

Strzok has indicated that he wants to testify and tell his side of the story now that the inspector general report has been released.

Indeed, Strzok told Justice Department investigators that despite his private messages, had he actually wanted to prevent Trump from being elected, he would not have maintained confidentiality about the investigation into contacts between the Trump campaign and Russians in the months before the election.

"Pete is central to this story. We should let the American people see who he really is," Strzok attorney Aitan Goelman said last week. "Pete has steadfastly played by the rules and respected the process, and yet he continues to be the target of unfounded personal attacks, political games and inappropriate information leaks."

While Goodlatte initially issued a subpoena for his testimony last week, Strzok will now appear voluntarily for an interview Wednesday.

Numerous congressional committees have expressed an interest in speaking to Strzok, but Wednesday's hearing will be the first before a congressional panel. The hearing is behind closed doors despite the wishes for a public hearing from several conservatives on the House panels -- as well as Trump himself.

"The hearing of Peter Strzok and the other hating frauds at the FBI & DOJ should be shown to the public on live television, not a closed door hearing that nobody will see," Trump tweeted on Monday. "We should expose these people for what they are - there should be total transparency!"

Conservatives on the two committees have also been unhappy with the pace of the investigation into the FBI's actions, including that Strzok is only being interviewed eight months into the probe and Page has yet to be scheduled.

The closed-door interview is likely to last all day, and will be held with both committee staff and lawmakers present. Before Trump's tweet, Goodlatte told CNN on Monday that he did plan to hold a public hearing with Strzok soon, but the committee wanted to hold an interview first.

"They'll get that opportunity, but we're going to interview him first," Goodlatte said. "Sometime soon we'll have a public hearing — that's the intention."