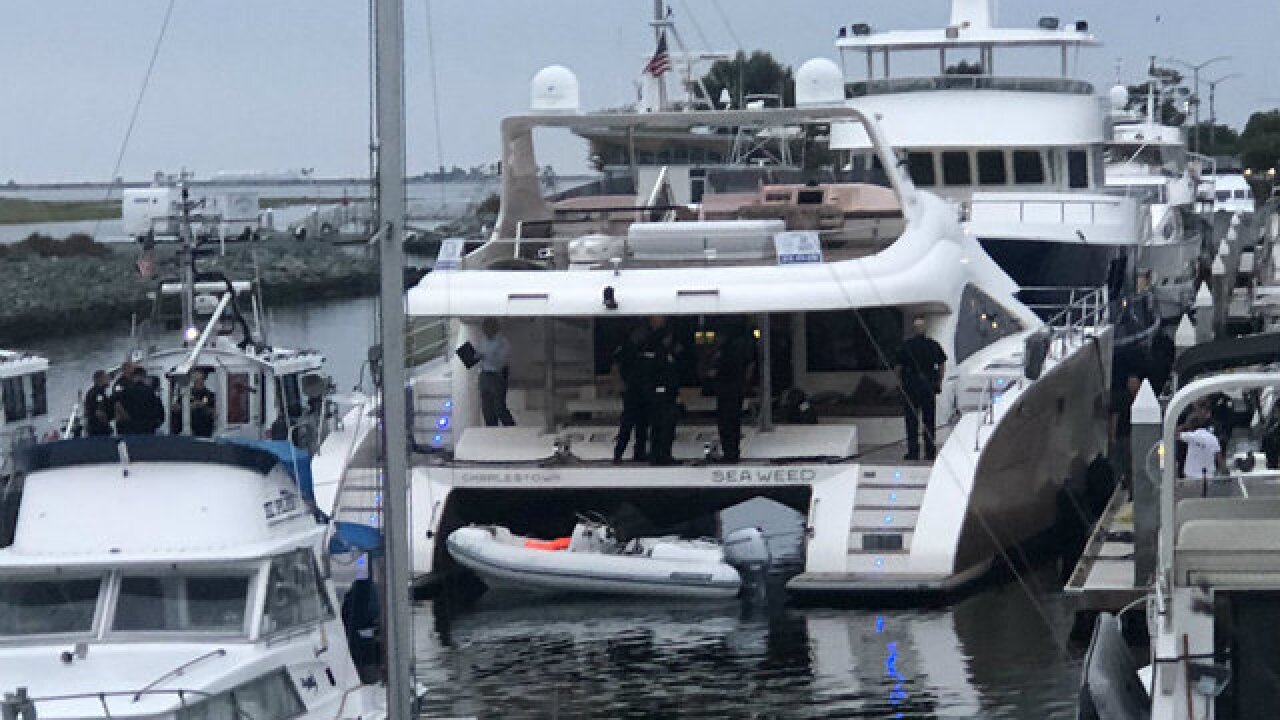 NATIONAL CITY, Calif. (KGTV) -- The suspect who was shot and killed as police say he broke into a South Bay yacht has been identified as Casey Ryan, 40.

According to police, the shooting happened around 4 a.m. at the Pier 32 Marina. Several witnesses said they were asleep in their boats when they heard at least four gunshots.

Authorities say Ryan released the mooring lines of the yacht and set it adrift before starting the engines several times from the outside controls.

Ryan then tried to break through the main glass sliding doors to the living area, but was unsuccessful. According to police, Ryan was eventually able to force his way into the living area of the vessel where he and a man living on the boat got into a fight.

The victim shot Ryan during a struggle over the firearm. Ryan was later pronounced dead at the scene.

After investigating the incident, police in National City say they learned that Ryan had a history of drug abuse, mental health issues and assaultive behavior.

No charges are expected to be filed against the victim. The couple onboard the boat at the time of the incident suffered minor injuries and were not taken to the hospital.

The couple staying on the boat are the parents of the yacht’s owner who, neighbors say, is the medical marijuana entrepreneur killed in a fiery Lamborghini crash on Harbor Drive in November.