Senate GOP to unveil stimulus plan that includes $1,200 payments for most Americans 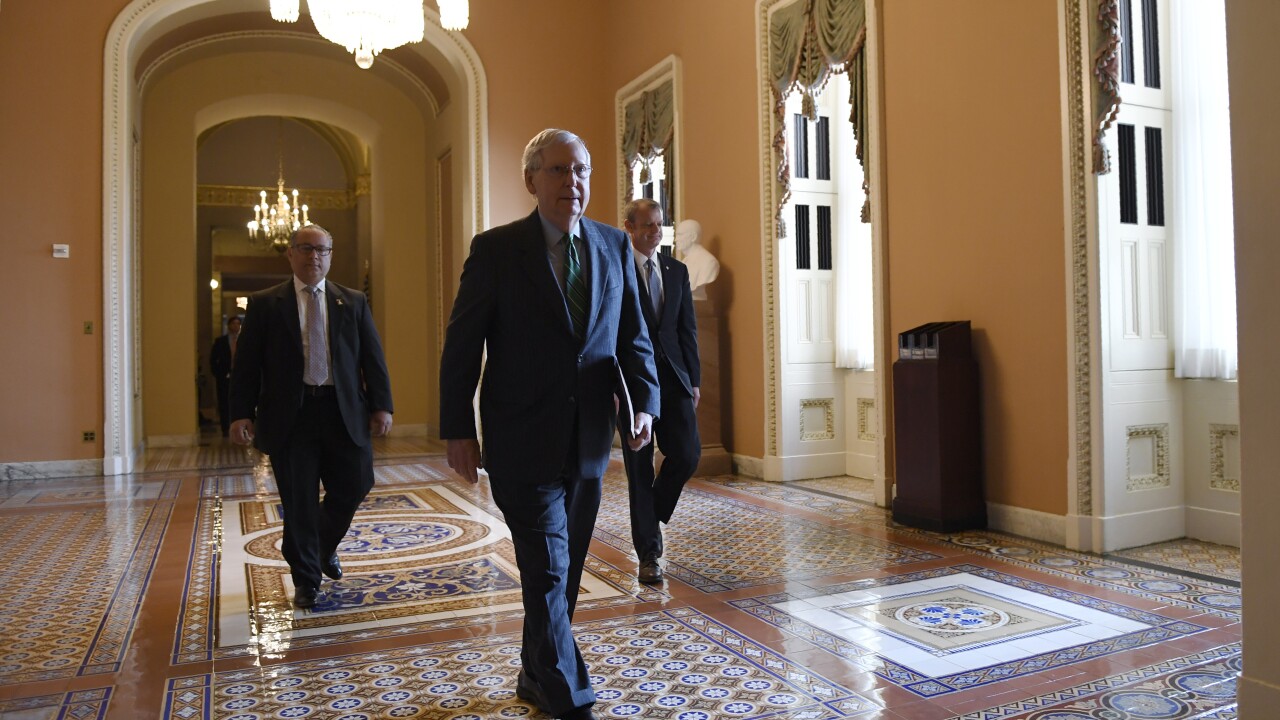 Senate Majority Leader Mitch McConnell is proposing direct cash payments for some Americans. That's according to a copy of the legislation obtained by The Associated Press.

“This is a form of emergency tax relief that we want to push to taxpayers right away. It’s not an ordinary policy, but this is no ordinary time," said McConnell on the Senate floor. “The American people need help fast. This will deliver it."

The senator's proposal aligns with the Trump administration's push to swiftly send checks to American households.

Keeping paychecks flowing for idled workers as jobless claims skyrocket is a top priority for both the Republican and Democratic plans emerging from Congress.

In order for Democrats to support the GOP’s bill, Senate Minority Leader Chuck Schumer said they want to see greater levels of aid. He argued that the amount Republicans are suggesting is not enough for families, that it would cover rent and groceries, but not much more.

The proposal also includes emergency aid for small businesses and industries, like the airline companies who have taken a hit now that few people are flying.

McConnell is poised to unveil the sweeping response as Congress races to draft the measure to shore up households and the U.S. economy.

Congress has already passed a measure introduced by the House that was signed into law by the president this week. It includes free coronavirus testing, expanded family and medical leave for some, paid emergency sick leave for some, unemployment benefits, food assistance, and protections for health care workers.

That bill authorizes $500 million to provide access to nutritious foods to low-income pregnant women or mothers with young children who lose their jobs or are laid off due to the COVID-19 emergency.

The House’s bill also allocates $400 million to assist local food banks to meet increased demand for low-income Americans during the emergency. Of the total, $300 million is for the purchase of nutritious foods and $100 million is to support the storage and distribution of the foods.