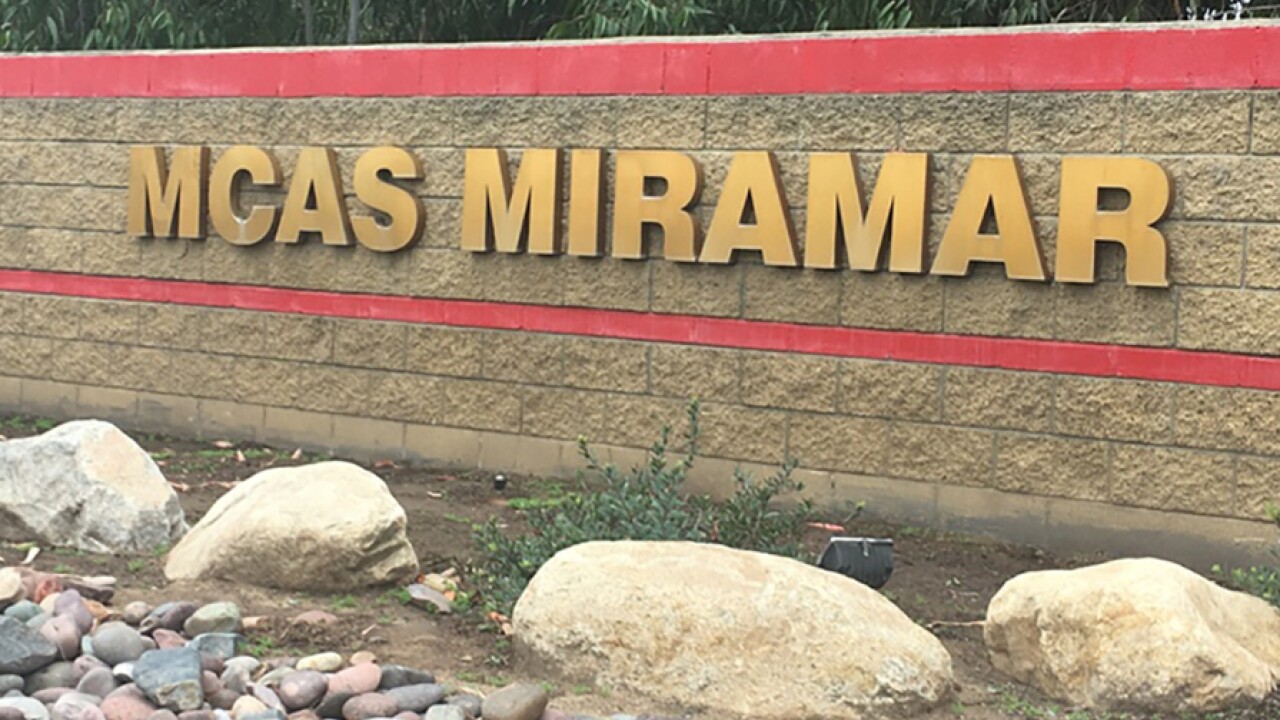 Capt. Matthew Gregory told 10News that the patient is currently being isolated and receiving medical support aboard the base.

"The air station is currently conducting a thorough contact investigation to determine who may have had contact with the Marine and notify them of the situation," officials said.

The identity of the Marine is being withheld due to privacy restrictions, but Gregory said the Marine resides on base and was not on leave.

"The Marine self-reported to the Miramar medical clinic with symptoms and was ultimately transferred to Naval Medical Center San Diego for testing," said Gregory.

The news comes after it was reported Thursday that a Marine stationed at MCAS Miramar had tested presumptive positive for coronavirus after returning from leave in Washington state. The patient was visiting family which is where officials believe he contracted the virus, officials on base familiar with the matter told 10News.

Both cases are currently in isolation and being quarantined in an empty barracks that was designated to treat potential cases of Covid-19, according to Gregory.

"Both are fine and doing well," said Gregory.

MCAS Miramar is one of four bases outside of California used as quarantine sites for individuals returning from overseas, including U.S. citizens that were evacuated from Wuhan last month and passengers aboard the Grand Princess cruise ship that was brought to Oakland last week. The quarantined passengers are being treated by staff with the Centers for Disease Control and Prevention.

Neither of the two infected Marines had any contact with the cruise ship passengers, according to Gregory.

Gregory noted that MCAS Miramar officials had taken measures earlier this week to prepare for potential cases. He said the base implemented similar practices used by the CDC to treat service personnel.

"We're using the same protocols," said Gregory. "We proactively emptied out a barracks for own isolation and quarantine."

STATEMENT FROM MCAS:
A second Marine stationed at Marine Corps Air Station Miramar has tested positive for COVID-19 and is currently being isolated and receiving medical support aboard the base.

Marine Corps Air Station Miramar has notified the county public health agency of the positive test and will continue to take prudent precautions to ensure the service member and any individuals who had contact with the Marine are aware and taking the appropriate steps for self and follow-on care.

The air station is currently conducting a thorough contact investigation to determine who may have had contact with the Marine and notify them of the situation. The Marine self-reported to the Miramar medical clinic with symptoms and was ultimately transferred to Naval Medical Center San Diego for testing.

The test was found positive approximately 24 hours later and the Marine was placed into isolation in a barracks room aboard Miramar designated for quarantine by service personnel. The health and safety of our military service members, their families, and our San Diego neighbors is the paramount concern of the command as the events around COVID-19 continue to unfold.

We continue to work closely with our federal, county, and city partners to ensure we do everything we can to mitigate the effects of the virus and prevent more cases from arising. Additional information will be available as the contact investigation concludes.