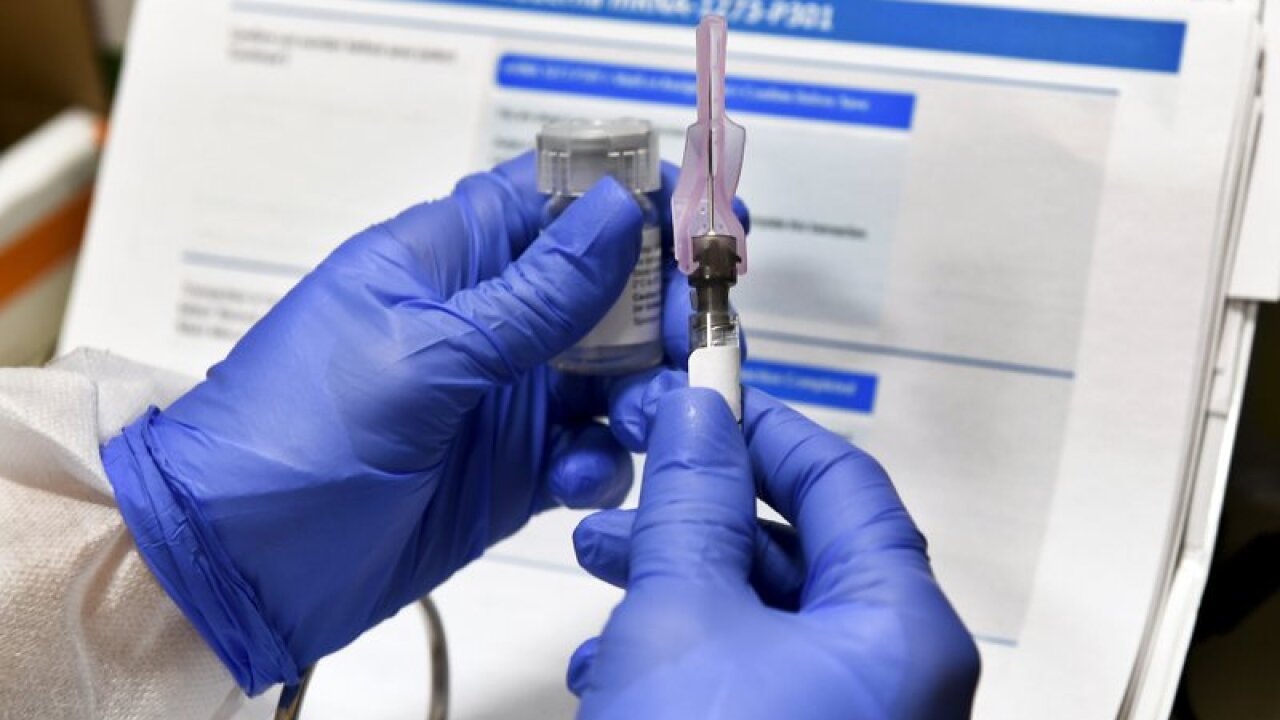 The U.S. regulators who will decide the fate of COVID-19 vaccines are taking an unusual step: Asking outside scientists if their standards are high enough.

The Food and Drug Administration may have to decide by year’s end whether to allow use of the first vaccines against the virus. Thursday, a federal advisory committee pulls back the curtain on that decision process, debating whether the guidelines FDA has set for vaccine developers are rigorous enough.

“We will not cut corners, and we will only use science and data to make that determination,” FDA Commissioner Stephen Hahn pledged at a meeting of the Milken Institute Wednesday.

Exactly how much data his agency needs to be sure a vaccine is safe and effective is a key question for the advisers. An even bigger one: If the FDA allows emergency use of a vaccine before final testing is finished, will that destroy chances of ever learning just how well that shot -- and maybe competitors still being studied -- really work?

“We can’t lose sight of the fact that it is in our societal interest to see these trials to completion,” said Dr. Luciana Borio, a former FDA acting chief scientist who will be watching the advisers’ debate.

Plus, multiple vaccines are being studied -- shots made with different technologies that each have pros and cons.

“The first vaccine is not necessarily the best vaccine,” cautioned Dr. M. Miles Braun, a former FDA scientist now with Georgetown University School of Medicine. If the trials aren’t allowed to finish, it may be difficult or impossible to ever know for sure.

It’s a critical moment in FDA’s 114-year history. The government has spent billions to race a vaccine through a research process that usually takes years, and FDA faces unprecedented pressure from the Trump administration, fueling public skepticism that politics could overrule science.

Interest is so high, FDA is airing the meeting on YouTube. Here are some key issues the committee will discuss:

HOW MUCH EVIDENCE IS NEEDED?

FDA is requiring manufacturers to do studies of at least 30,000 people to prove if a vaccine protects and how safe it is. Those studies must include adequate numbers of people at highest risk from COVID-19 -- older adults, minorities and anyone with underlying health problems.

FDA has made clear that any vaccine must be at least 50% effective. And while the studies are designed to run for two years, companies may get enough evidence the shots are protective -- in at least some people -- to stop the trials early and seek what’s called an “emergency use authorization” for wider vaccinations.

Despite White House objections, the FDA told vaccine makers earlier this month not to seek that speedier review until they’ve tracked at least half their trial participants for two months. With other vaccines, that’s about the amount of time when major side effects crop up.

That’s not long enough, said the head of the non-profit ECRI Institute, which reviews medical technology for hospitals and insurers. In comments submitted to the advisory committee, ECRI’s Dr. Marcus Schabacker said FDA should require six months of follow-up.

“Doing any less would simply risk too much, and the consequences may be severe,” he wrote. “A weak vaccine that loses public trust could poison the well for epidemic control for many years.”

WOULD EMERGENCY USE DERAIL FULL ANSWERS ABOUT VACCINES?

Normally when a study ends because of evidence that a vaccine is working, the participants who got dummy shots are offered the real thing.

But if FDA allows emergency use of a COVID-19 vaccine, that’s not the same as having full proof the shot works, Borio cautioned.

And if the participants in the placebo group are immediately offered the real shot, researchers may not be able to get answers about all the high-risk groups in the study — or tell how long the vaccine’s protection lasts, a process expected to take many more months.

But Pfizer Inc., which with Germany’s BioNTech is developing one of the leading candidates, told FDA that if it’s granted emergency use authorization, it “would have an ethical obligation” to alert study participants who got a placebo and allow them vaccine access. The company wants FDA to look into “other scientifically and statistically sound methods” to determine long-term safety and effectiveness.

Pfizer’s stance is likely to face pushback. The Infectious Diseases Society of America states that FDA’s panelists “should insist” that vaccine developers “present a compelling case” for how they will complete their trials if FDA grants early authorization of their vaccine.

Clearing a vaccine based on premature or faulty data “could cause more harm” by “further eroding public confidence in all vaccines,” the group said.

It’s an unprecedented dilemma. The FDA has previously allowed emergency use of only one vaccine, a decades-old shot that in 2005 was authorized to prevent anthrax poisoning.

This time around, multiple COVID-19 vaccines are in the pipeline. Pfizer competitor Johnson & Johnson cautioned that early FDA clearance of one vaccine could “jeopardize integrity” of other ongoing trials if patients decide to drop out to seek the first cleared shot instead.

The company asked regulators to explain what options are available to ensure completion of all ongoing COVID-19 vaccine trials.

WHAT ABOUT LONG-TERM SAFETY MONITORING?

Even a study of 30,000 people cannot spot a side effect that only strikes 1 in 100,000. So the government is planning extra scrutiny of every COVID-19 vaccine to hit the market.

At first there will be limited doses given to just certain high-risk people -- and those early recipients are to get text messages daily for the first week after vaccination, and then weekly out to six weeks, asking how they’re feeling.

FDA also will be checking databases of electronic health records and insurance claims, looking for any red flags.

“There’s a kind of tracking that has to take place here on a massive basis that hasn’t taken place before,” said Dr. Jesse Goodman of Georgetown University, a former director of the FDA’s vaccine and biologics center.

The Associated Press Health and Science Department receives support from the Howard Hughes Medical Institute’s Department of Science Education. The AP is solely responsible for all content.