A top Republican official in the area President Donald Trump is visiting Tuesday is asking him to wear a mask.

The president held a campaign rally event inside an airport hangar in Winston-Salem. The campaign has said masks, hand sanitizer and temperature checks will be provided for attendees.

Dave Plyler, the Republican chairman of the Forsyth County Board of Commissioners, told local media he believes Trump should wear a mask while visiting.

"It's been ordered by the governor," Plyler said of the state's face-covering mandate. "When in Rome, do as the Romans do. When in North Carolina, do as the governor says."

Trump took the stage Tuesday evening without a mask on. While some in attendance, especially those seated directly behind Trump, wore masks, the majority did not, according to photos submitted by the Associated Press. 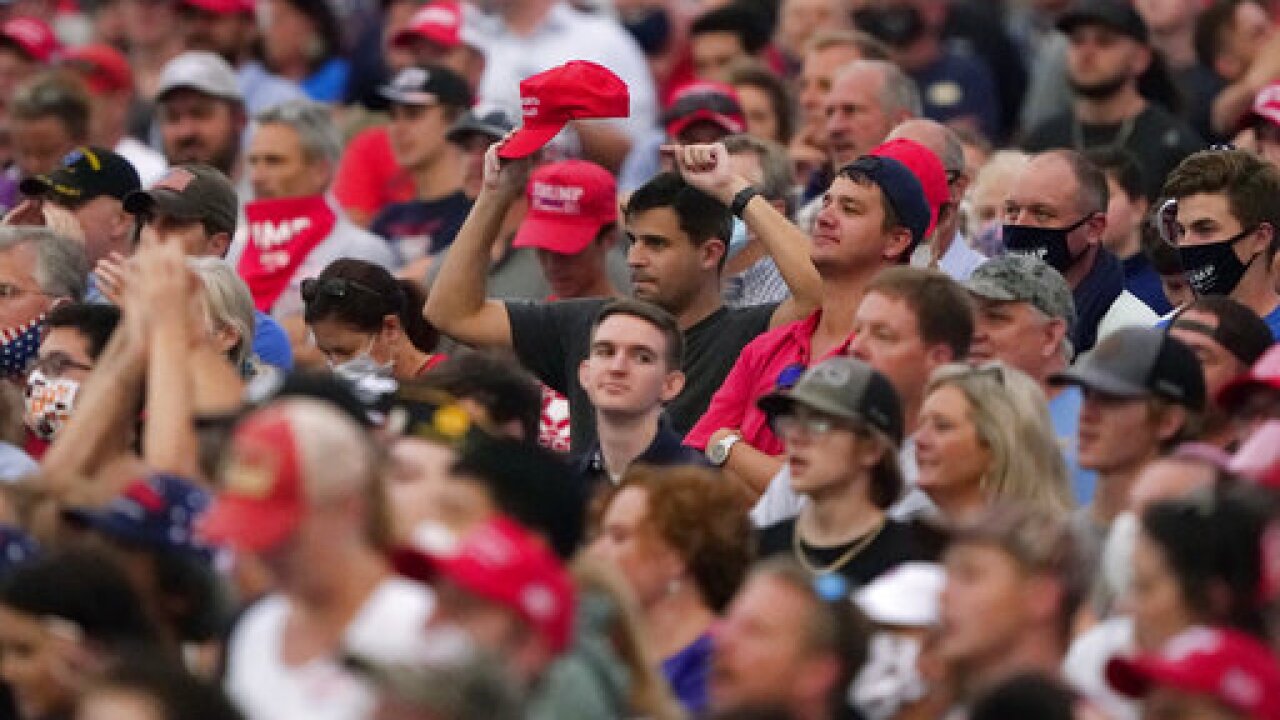 "He (Trump) is a citizen of the United States, but he is also a guest in our county," Plyler told the Winston-Salem Journal. "Without a mask, he could get sick, and he could blame the governor."

Plyler is a supporter of the president and is pleased he is making the trip to Winston-Salem. However, he believes if Trump wore a mask, it would set the right example for other people.

"You know what would be neat? If before he got off the plane if he gave everybody a box of Make America Great Again masks," Plyler told CNN.

The president has encouraged wearing masks and keeping socially distant during the pandemic. However, he is rarely seen in one in public.

He has worn a mask on a few occasions in public, including during a visit in July to Walter Reed National Military Medical Center.

North Carolina reported just over 1,000 new coronavirus cases on Monday. The state has reported a total of around 180,000 cases and 2,930 deaths. Forsyth county, where Winston-Salem is located, has reported 6,457 cases and 82 deaths from coronavirus.