Pence to provide coronavirus briefing to healthcare workers in Philadelphia 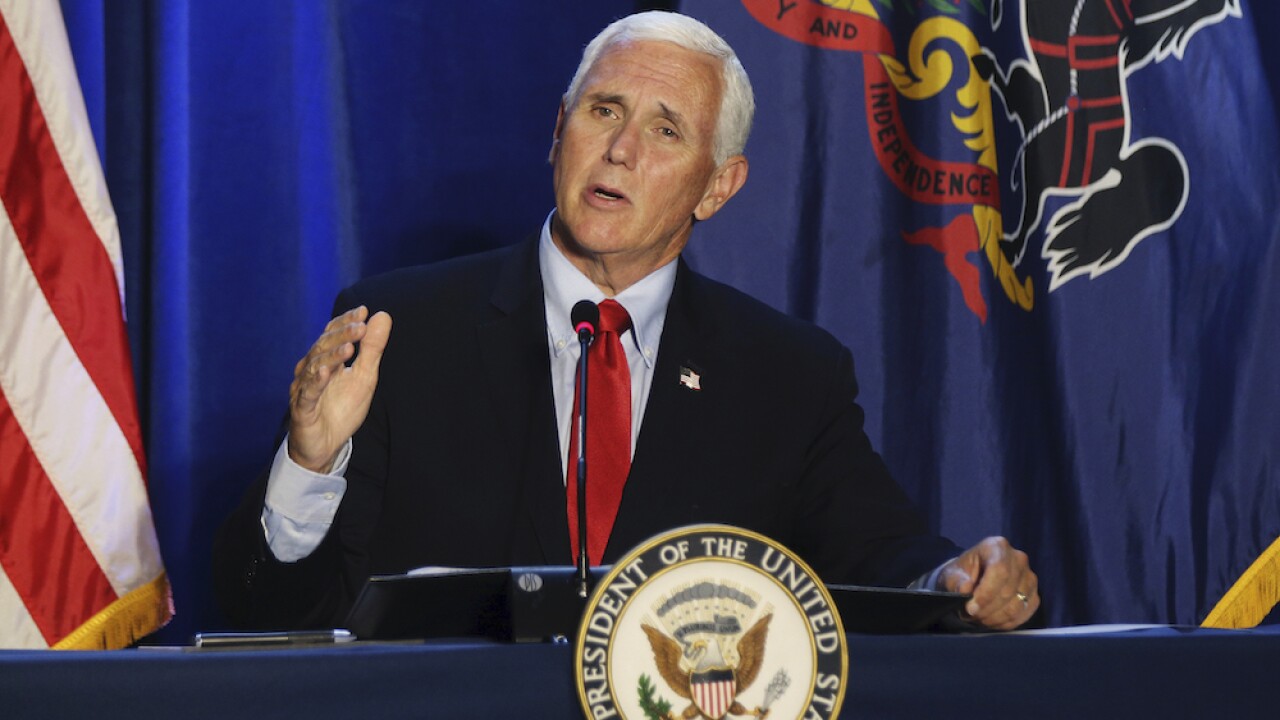 Vice President Mike Pence will provide a COVID-19 briefing to healthcare workers in Philadelphia on Thursday.

The briefing is the second coronavirus-related briefing in as many days for the vice president. On Wednesday, he held a briefing at the Department of Education in Washington that mainly focused on the Trump administration's plan to reopen schools by fall.

At that briefing, Pence promised that the Centers for Disease Control and Prevention would be releasing new guidelines — echoing criticism from President Donald Trump, who claimed Wednesday that the current CDC guidelines were "too tough." Pence repeatedly said during Wednesday's briefing that the administration did not want the CDC guidelines to "get in the way" of schools reopening in the fall.

However, CDC Director Dr. Robert Redfield said Thursday morning that while the agency would be releasing more information regarding schools, the current guidance would not change.

"It's not a revision of the guidelines, it's just to provide additional information to help schools be able to use the guidance," Redfield said on ABC's Good Morning America.

Pence's briefing in Philadelphia is scheduled to begin at about 4:20 ET.