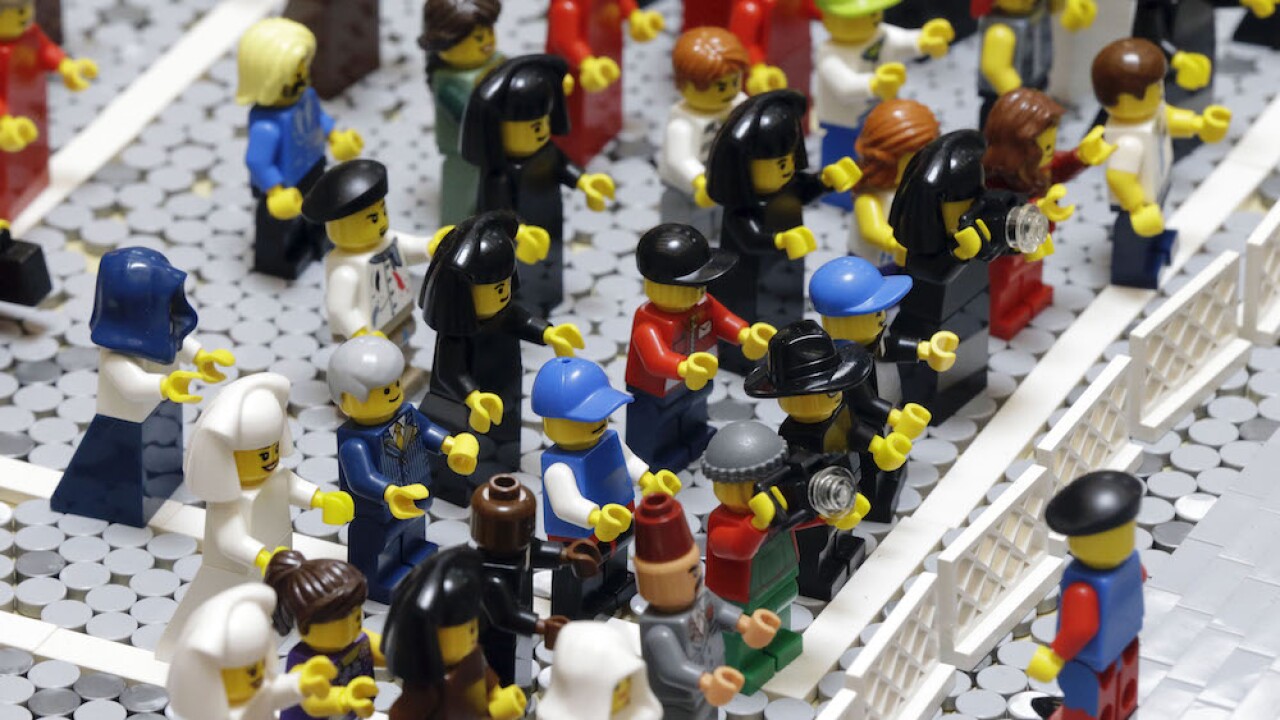 Matt Rourke/AP
In this Friday, Sept. 11, 2015 photo, shown are figurines in a Lego representation of the St. Peterís basilica and square, at The Franklin Institute in Philadelphia. The Rev. Bob Simon spent about 10 months building it with approximately half-a-million Legos. (AP Photo/Matt Rourke)

Parents and guardians looking to keep kids entertained this summer reportedly helped boost sales of LEGO sets. The company’s second quarter report shows a 14 percent increase in sales during the first half of 2020 over the same time period last year.

“During the first half, we saw the benefits of our investments in long-term growth initiatives such as e-commerce and product innovation,” the LEGO Group CEO, Niels B. Christiansen said in a statement.

He also thanked employees and colleagues who did “everything they could to stay safe and bring play to children and families around the world.”

Despite citing growth in e-commerce, LEGO is planning to open dozens of new stores yet this year.

The toy company announced they are still on track to open 120 new stores in 2020, with about 80 of them based in China. They reported 46 stores around the world have already opened this year.

Christiansen told the BBC sales of more complicated and larger LEGO sets grew by two and a half times in the first half of the year, possibly as families spent more time at home in lockdown and needed projects to do together.