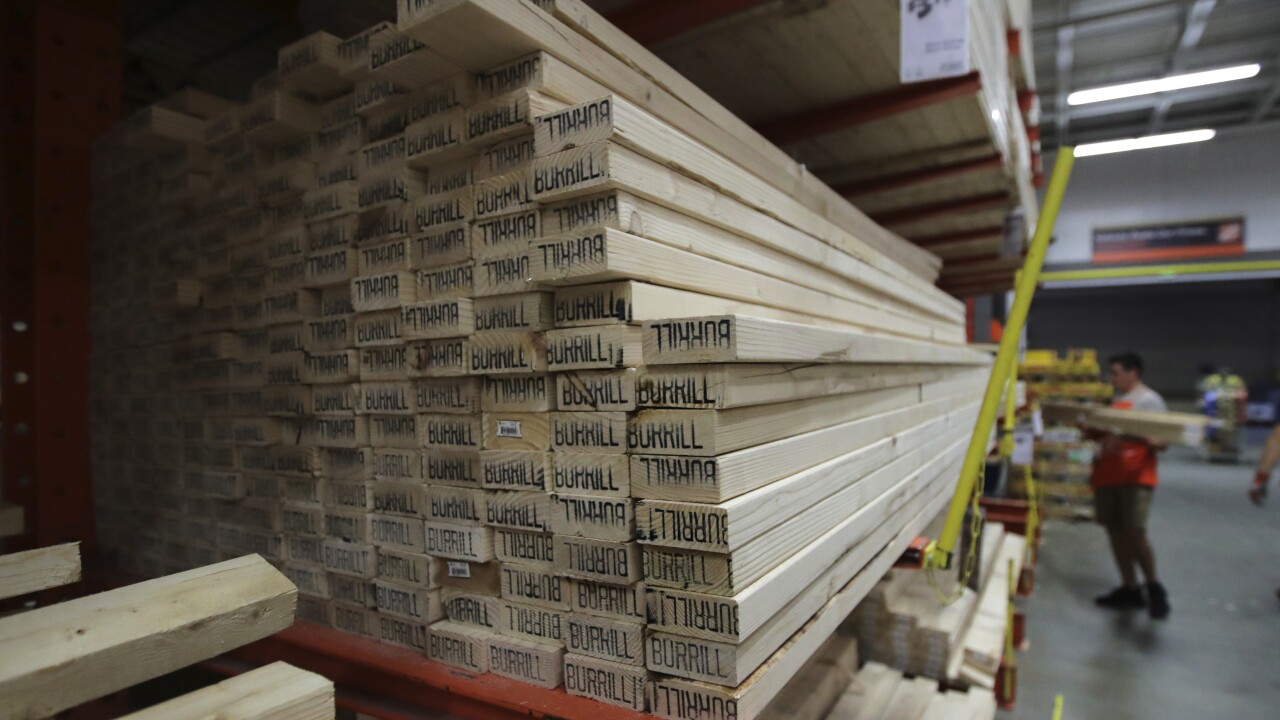 Copyright 2019 The Associated Press. All rights reserved.
Charles Krupa/AP
FILE - In this July 11, 2019, file photo lumber is stacked at the Home Depot store in Londonderry, N.H. Don’t let your desire to upgrade your home downgrade your home's market value. Before you make a renovation fantasy a reality, consider whether the project will pay off when you're ready to sell. (AP Photo/Charles Krupa, File)

Millions of people forced to work from their homes took on new projects and Home Depot is supplying a lot of the material.

At Home Depot stores open at least a year, sales surged an remarkable 25% in the U.S. during the second quarter.

Overall revenue for the Atlanta company hit $38.05 billion, far exceeding the $34.94 billion Wall Street was expecting, according to a Zacks Investment Research survey.

It easily topped last year’s revenue of $30.84 billion for the three months ended Aug. 2. Sales at stores open at least a year climbed 23.4%, globally, trailing only the massive surge in comparable-store sales in the U.S.

The overall comparable-store sales were almost twice the 12.2% increase that industry analysts had projected.