Dr. Fauci tells Congress attending protests is not advised amid the coronavirus pandemic 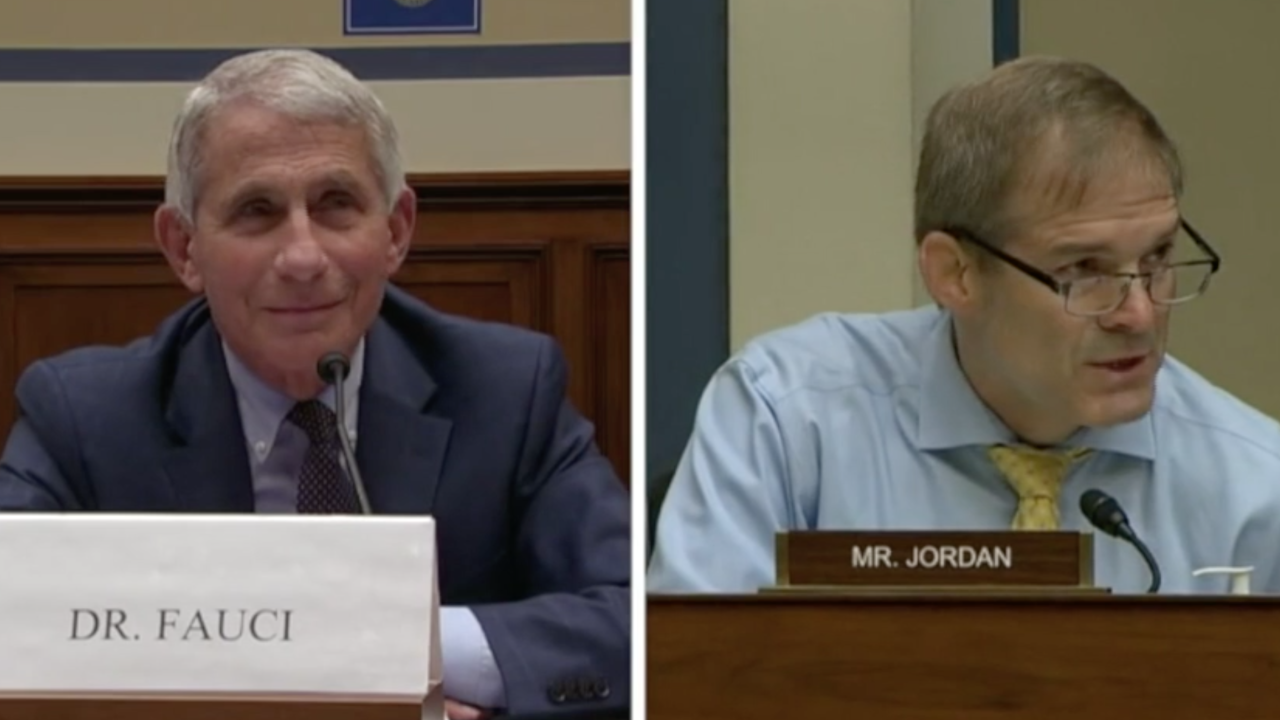 Rep. Jim Jordan, R-Ohio, questioned Dr. Anthony Fauci on Friday on why protests were permitted in the wake of the death of George Floyd amid the coronavirus pandemic.

Jordan claimed that allowing protests while church services in some states have been scaled back due to the spread of the virus was "inconsistent."

During the heated exchange, Dr. Fauci conceded that all mass gatherings, including protests, should be avoided by the public. But as Jordan tried to press Dr. Fauci into opining on limits to protests and church services, Dr. Fauci reiterated that he was not in a position to make such an opinion.

“I don't understand what you're asking me as a public health official to opine on who should get arrested or not. That's not my position,” Dr. Fauci said.

Jordan said that Dr. Fauci makes recommendations all of the time, and pressed him on why he wouldn’t made an opinion on this topic.

Fauci responded, “I think I would leave that to people who have more of a position to do that.”

Fauci, who acts as the director of the National Institute of Allergy and Infectious Diseases, was joined by other public health officials on Capitol Hill for a hearing on the government’s response to the virus.

While the Black Lives Matter protests took place in late May and early June, the timing of the protests coincided with the reopening of bars and restaurants in many states. According to research conducted by the National Bureau of Economic Research, the protests did not cause a spike of coronavirus cases. The research indicated that the protests may have actually caused a net increase to social distancing as many people opted to stay home to avoid the protests.

"Our findings suggest that any direct decrease in social distancing among the subset of the population participating in the protests is more than offset by increasing social distancing behavior among others who may choose to shelter-at-home and circumvent public places while the protests are underway," the report reads.

Jordan tried to spin Dr. Fauci’s testimony to decry the Black Lives Matter protests and blame Democrats who are supportive of the movement.

“Can’t go to church. Can’t go to work. Can’t go to school. Even Dr. Fauci says protesting is dangerous. But Democrats encourage people to riot and protest in the streets,” Jordan tweeted.