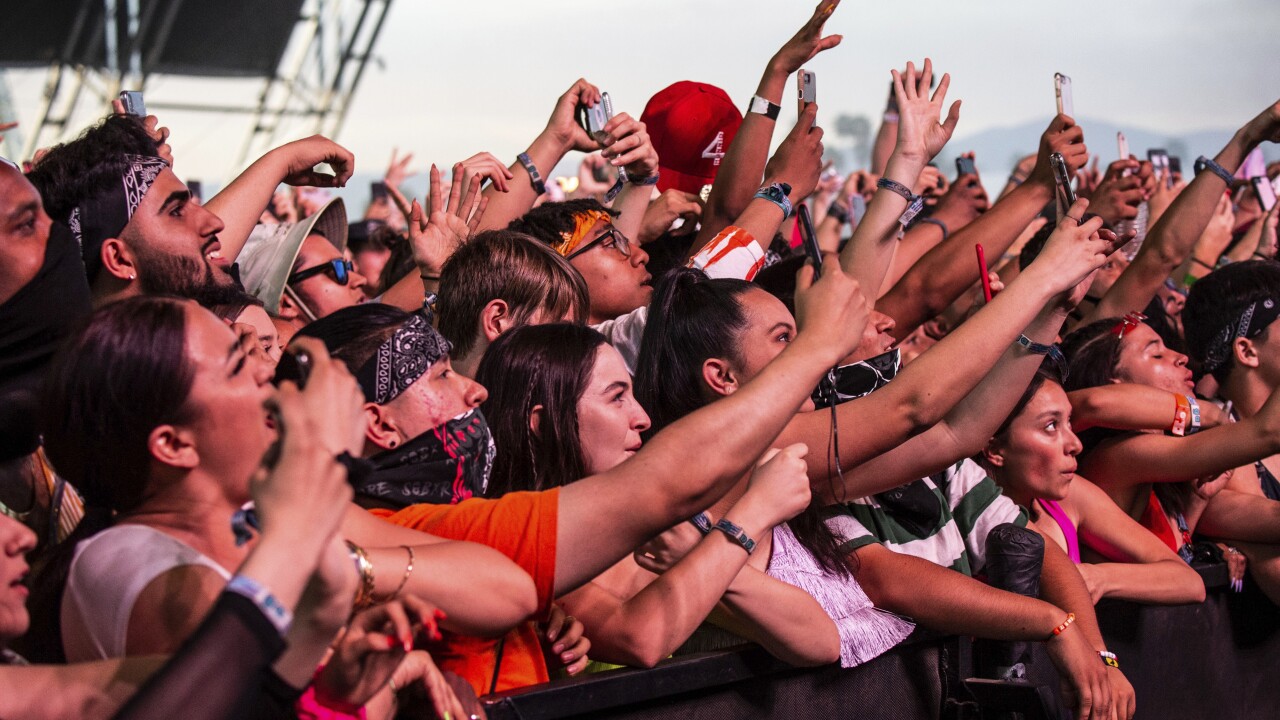 2019 Invision
Amy Harris/Amy Harris/Invision/AP
FILE - In this April 14, 2019 file photo, festival-goers attend the Coachella Music & Arts Festival at the Empire Polo Club in Indio, Calif. The 2020 Coachella music festival is being postponed from April to October amid concerns about the new coronavirus and large public gatherings. The postponement Tuesday, March 10, 2020 was ordered by health officials in Riverside County, Calif., where the massive music and arts festival is held each spring. The country-themed Stagecoach festival is also being postponed until October. The move comes less than a week after Texas' South by Southwest festival was canceled. (Photo by Amy Harris/Invision/AP, File)

In a video conference interview with New York Times Magazine , bioethicist Zeke Emanuel predicted that large gatherings - like sporting events or concerts - won't return until late 2021 due to the COVID-19 pandemic.

The roundtable discussion was made to bring experts together about ways to get Americans' lives back to normal, if possible.

Emanuel said he had a goal of seeing the United States partly reopening by June, but without a consistent shelter-in-place throughout the states, he doesn't see that happening.

"Restarting the economy has to be done in stages, and it does have to start with more physical distancing at a worksite that allows people who are at lower risk to come back," Emanuel said.

Anything that deals with large groups of people, Emanuel said he doesn't see any of those events happening until later next year.

"Larger gatherings – conferences, concerts, sporting events – when people say they're going to reschedule this conference or graduation event for October 2020, I have no idea how they think that's a plausible possibility," Emanuel said. "I think those things will be the last to return," Emmanuel said in the video conference.

The first reported coronavirus death in the US was in February in Washington state.