Amid pandemic, NYC couple gets married on sidewalk with friend officiating from 4th floor window 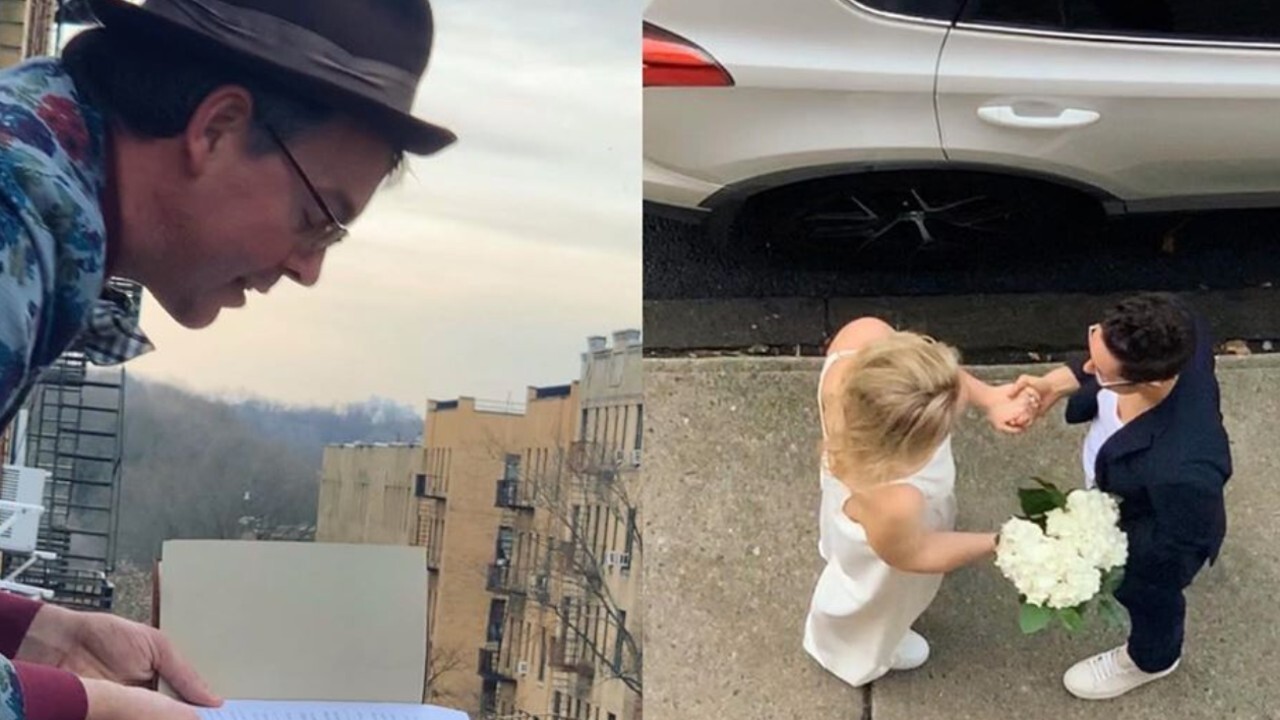 @stephsine on Instagram
Amid pandemic, NYC couple gets married on sidewalk with friend officiating from 4th floor window

NEW YORK, N.Y. – Weddings across the world have been put on hold due to the coronavirus, but one New York City couple didn’t let the pandemic stop them from getting hitched.

With people social distancing to stop the spread of COVID-19, Reilly Jennings and Amanda Wheeler had to get creative, so they got married on a Manhattan sidewalk and their friend officiated the ceremony from his fourth-floor apartment window.

Jennings and Wheeler say they had originally planned to get married this fall, but they decided to move up their nuptials because they were afraid that their venue would be closed, and travel restrictions would be heightened.

On Thursday, the couple says they rushed to get a copy of their marriage license from the Marriage Bureau. And it seems they did that just in time, because on Friday, the mayor announced that the bureau would be closing indefinitely.

The couple was then tasked with finding someone who was certified to officiate a wedding in the city. Luckily for them, their friend Matt Wilson was up to job and agreed to help.

On Friday, Jennings and Wheeler got gussied up and headed to the street outside Wilson’s Washington Heights apartment, where they exchanged their vows.

A video of the spontaneous ceremony shows Wilson hanging out his window, reading an excerpt from “Love in the Time of Cholera” as the couple’s friends cheer them on from a safe distance.

"Our very New York wedding!" wrote Jennings in an Instagram post. "The most perfectly New York moment amidst a crazy time."

Not surprisingly, the couple’s honeymoon wasn’t ordinary either. They say they pulled their mattress into their living room and watched Netflix together.