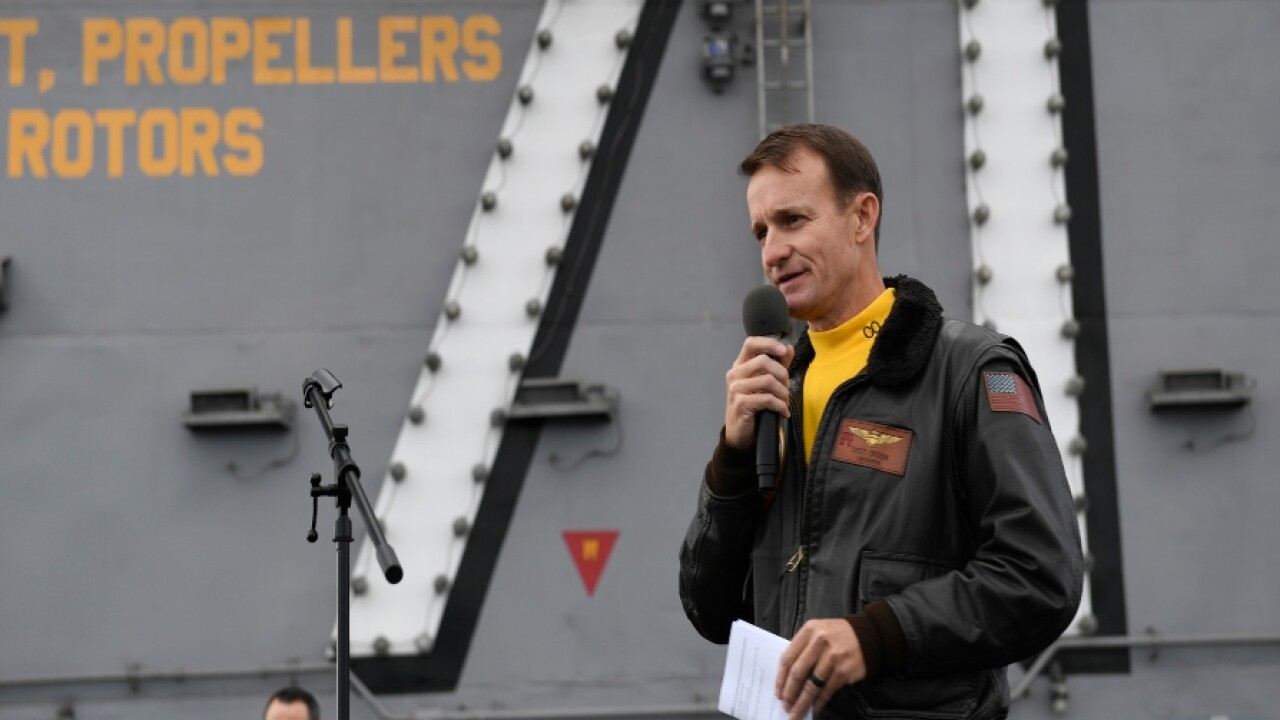 WASHINGTON (AP/KGTV) — Officials say the top Navy officer has recommended the reinstatement of the aircraft carrier captain fired for sending a fraught email to commanders pleading for faster action to protect his crew from a coronavirus outbreak.

Adm. Mike Gilday has recommended that Navy Capt. Brett Crozier be returned to his ship. That's according to officials who spoke on condition of anonymity to discuss the results of an investigation that have not yet been made public.

Gilday met with Gen. Mark Milley, chairman of the Joint Chiefs of Staff, on Tuesday and with Defense Secretary Mark Esper on Friday morning to lay out his recommendations.

An official says Esper has asked for a delay in any public announcement while he considers the recommendation.

Crozier was fired from his post on the San Diego-based USS Theodore Roosevelt after he sent a memo to Navy leadership asking for immediate help removing the crew from the ship as the virus started to spread.

The memo was widely published, leading to Capt. Crozier's firing.

Crozier later tested positive for coronavirus as well. He was placed in 14-day quarantine at Naval Base Guam.

Then-Acting Navy Secretary Thomas Modly resigned shortly after the firing after his address to the ship's crew was made public, in which he said Crozier's actions were a "betrayal" and "too naive or too stupid."

The entire crew has been tested for the virus. Of those stationed on the ship, 840 crew members have tested positive for COVID-19 and 4,098 have tested negative. A small number of results are still pending, the Navy says.