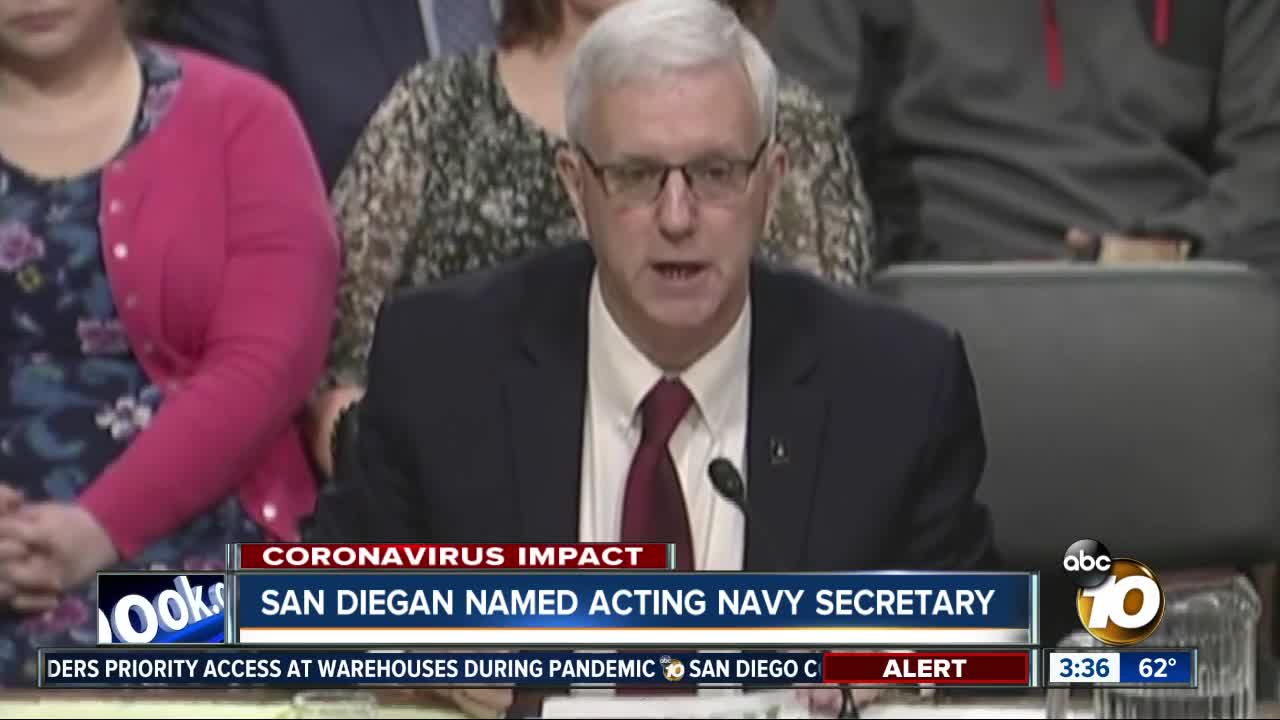 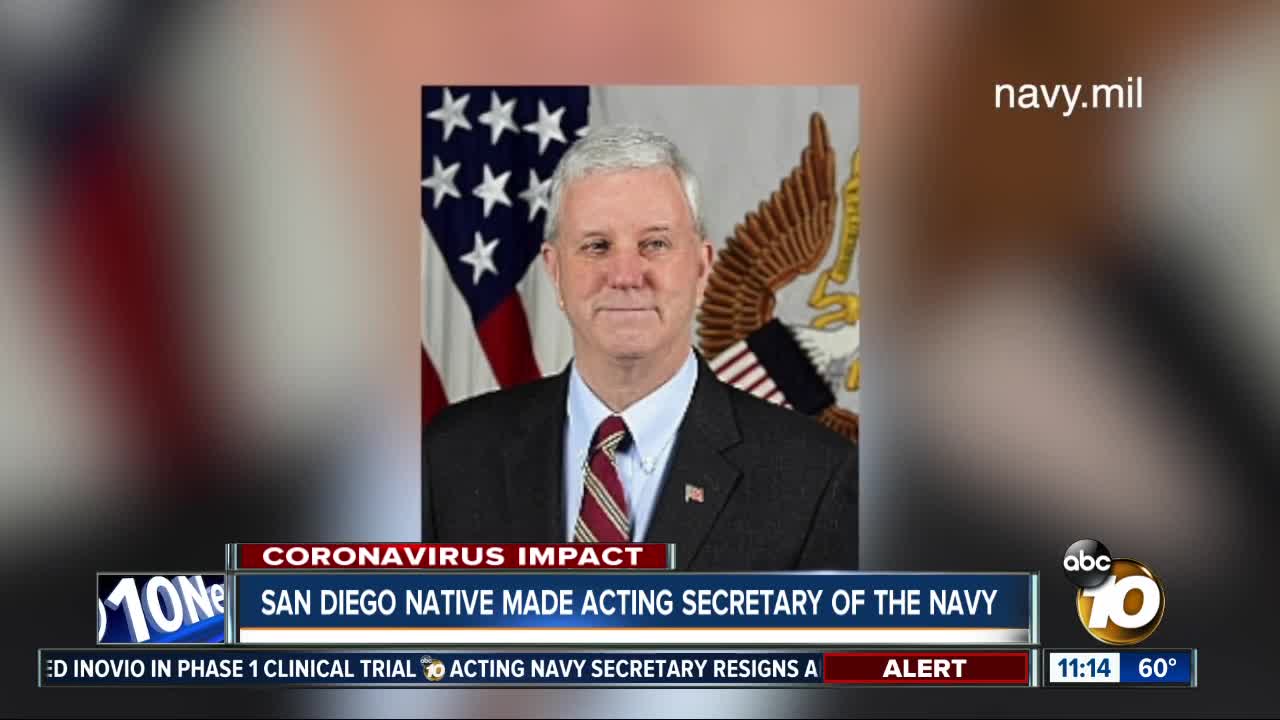 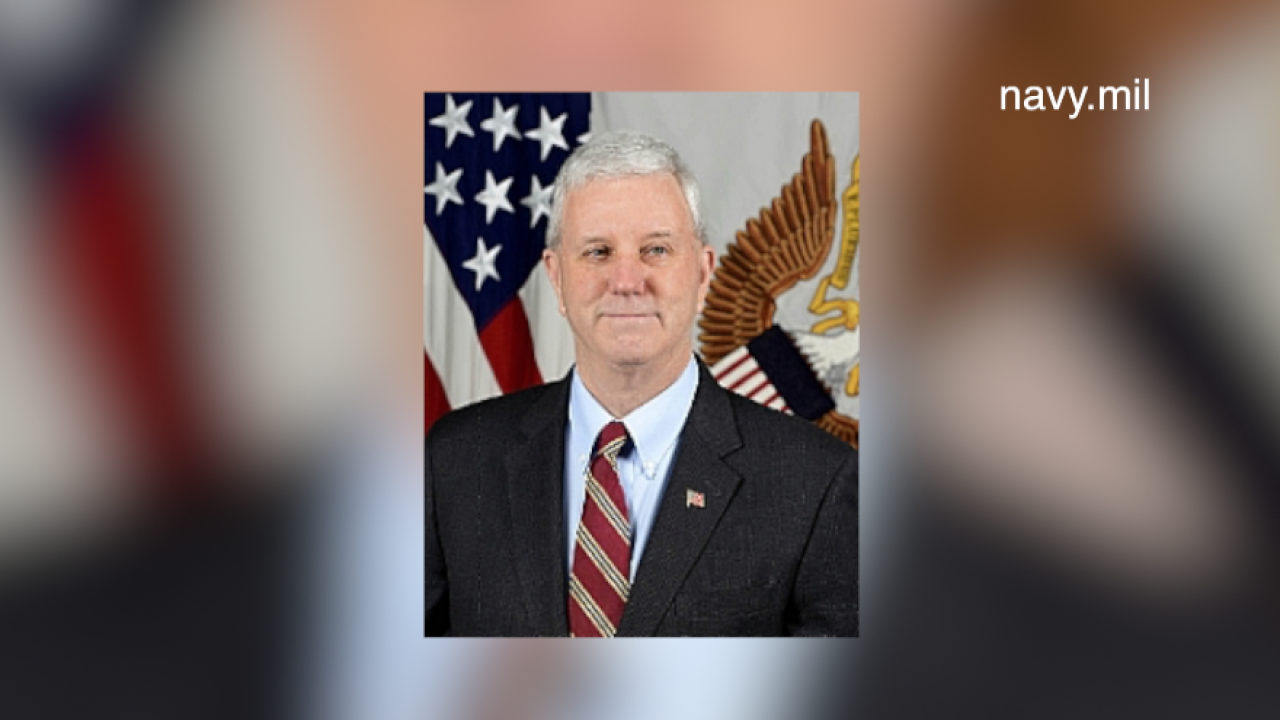 "If he didn't think that information was going to get out into the public, then he was A. Too naive or too stupid..." Modly said.

Crozier was removed as Captain of the San Diego-based aircraft carrier after a private letter to Navy leadership, outlining the dire situation of COVID-19 aboard the ship, was leaked.

Defense Secretary Mark Esper made Jim McPherson's appointment public on his twitter page. He described McPherson as "a capable, and professional leader who will restore confidence and stability in the Navy during these challenging times."

According to his military biography, McPherson was raised in San Diego. In 1972, he enlisted in the United States Army, and served as a military police officer, before leaving for college. McPherson came back to San Diego, getting his undergraduate degree from San Diego State University in 1977. He earned a law degree from the University of San Diego in 1981.

McPherson then began his 26-year naval career, mainly in the military law field. In 2006, he retired as the Judge Advocate General of the Navy.

McPherson continued to work for the government. Most recently, he was sworn in as the 34th Undersecretary of the US Army on March 25, 2020. Just two weeks later, he was appointed as the Secretary of the Navy.

Defense Secretary Mark Esper said McPherson would serve as the Acting Navy Secretary until the position is filled permanently.