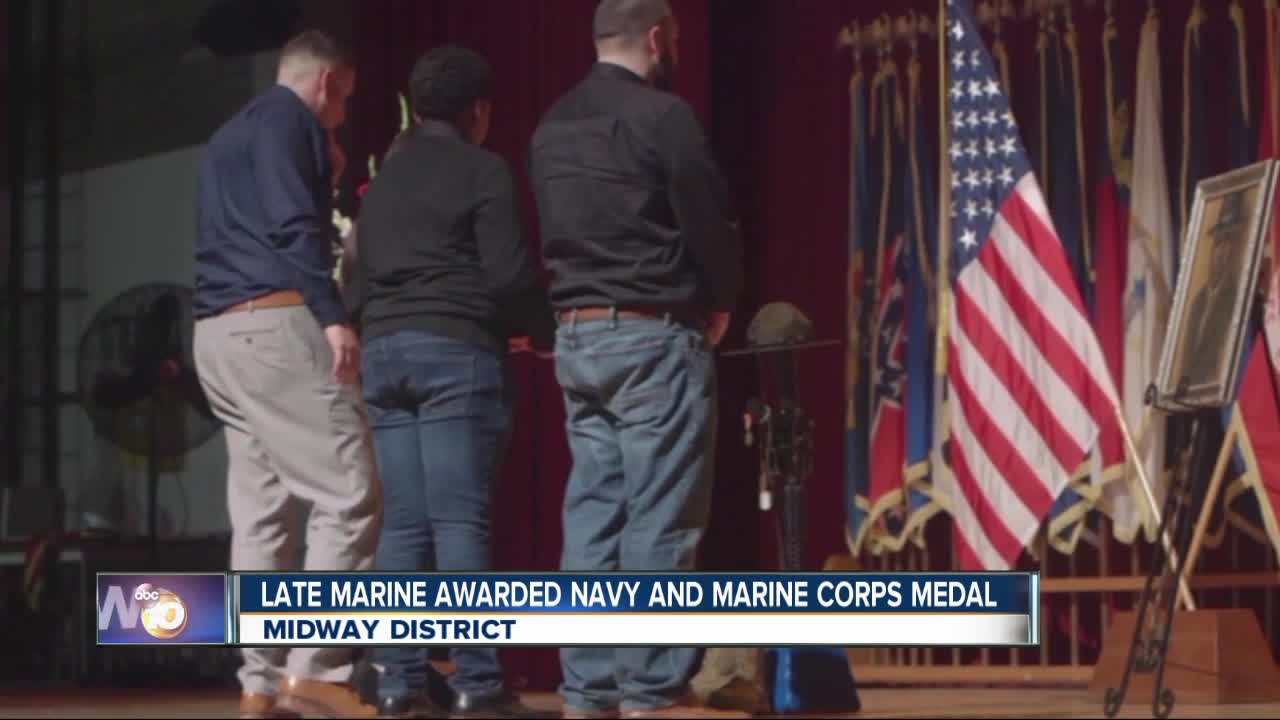 Sgt. Gary Wilson, a Marine who saved two women from a fiery crash earlier this year, was awarded the Navy and Marine Corps Medal. Wilson died in November following a motorcycle crash. 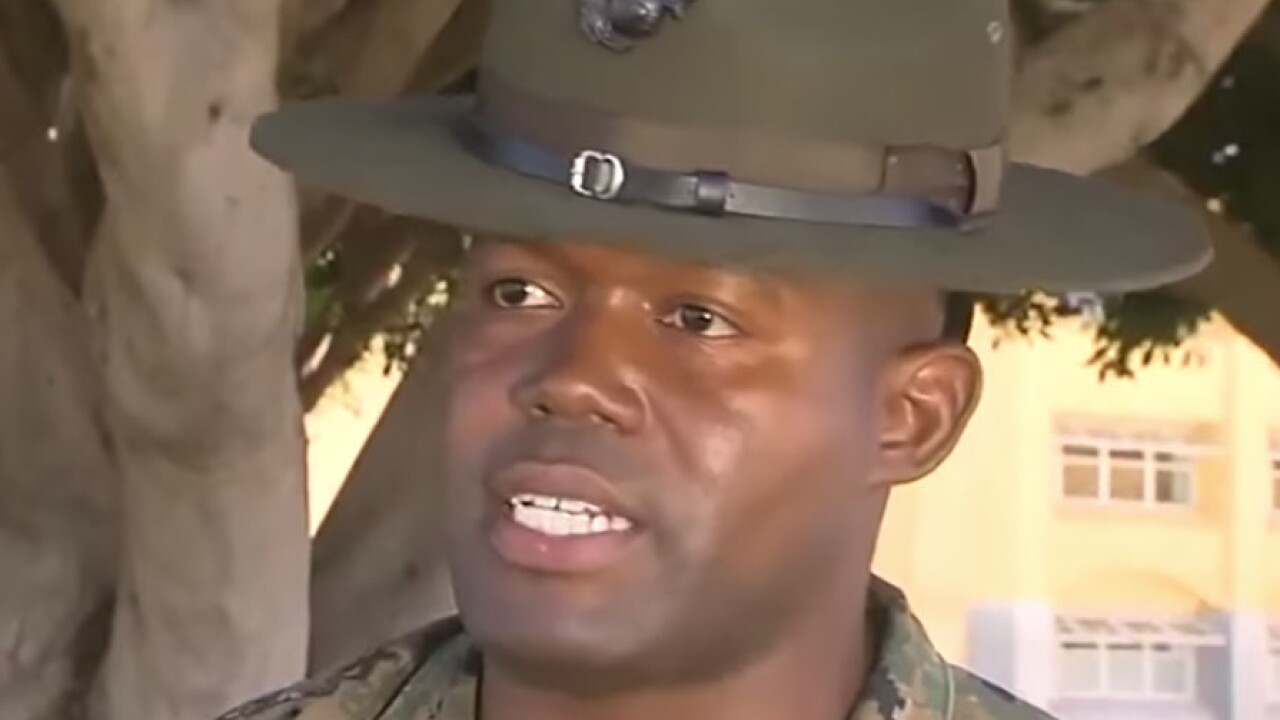 SAN DIEGO (CNS) - A San Diego-based Marine Corps drill instructor who died in a motorcycle accident four weeks ago was honored by the military for rescuing two women from a fiery freeway crash two months before his death.

Sgt. Gary Wilson of Fairfield, Connecticut, was awarded a posthumous Navy and Marine Corps Medal during a memorial service attended by hundreds of fellow service members, friends and family members at Marine Corps Recruit Depot San Diego. His son, Ian, accepted the commendation, the highest noncombat decoration awarded for heroism by the Department of the Navy.

Wilson, who died in a motorcycle accident on Interstate 15 in Temecula on Nov. 16, received the award in recognition of his lifesaving actions on state Route 163 in the Miramar area late last summer.

RELATED: Marine springs into action after multi-vehicle wreck on SR-163

The 33-year-old serviceman was riding his motorcycle on the northern San Diego freeway on the morning of Sept. 18 when he came upon the scene of a pileup that left one car burning. He stopped, pulled two women from the wreckage and helped get them out of harm's way.

"I was doing my job as a Marine," Wilson told 10News later. "We're here to serve the people. Not just during wartime, but all the time."

The West Coast Drill Instructors Association has donated a brick displaying Wilson's name to be added to the Drill Instructor Monument at the recruit depot near Lindbergh Field where he was stationed.

"We extend our deepest condolences to the family and friends of Sergeant Wilson," said Brig. Gen. Ryan Heritage, commanding general of MCRD San Diego. "Our thoughts and prayers are with them during this difficult period. This is truly the loss of a fine Marine, and he will be missed greatly."

Wilson enlisted in the Marine Corps in March 2010. He was assigned to the recruit depot as a drill instructor in March 2016 after service in Okinawa, Japan, and at Camp Pendleton.