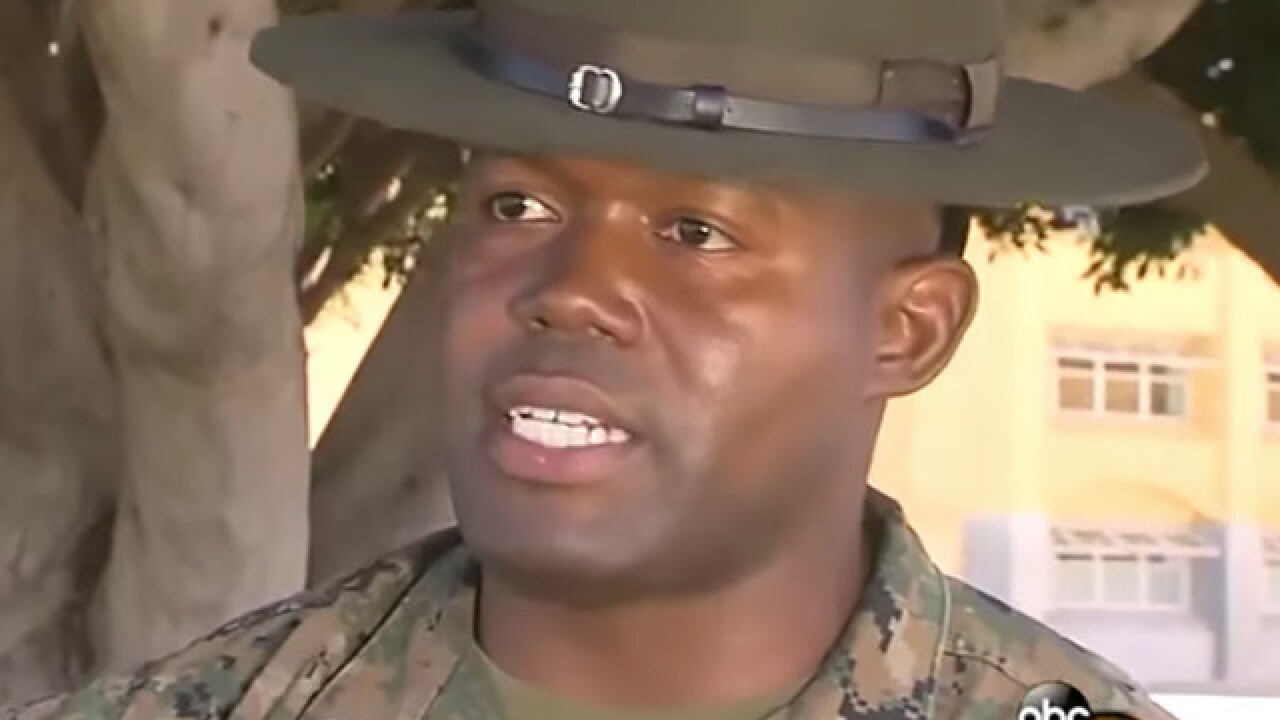 Copyright 2018 Scripps Media, Inc. All rights reserved. This material may not be published, broadcast, rewritten, or redistributed.
Sgt. Gary Wilson

SAN DIEGO (KGTV) - A Marine who saved two people after a fiery wreck on a San Diego freeway two months ago was killed in a motorcycle crash on Interstate 15 last week, Marine officials confirmed.

According to the CHP, Wilson was traveling northbound on I-15 near Rancho California Road just after 4 p.m. when the crash occurred.

The CHP said Wilson was splitting the No. 1 and 2 lanes in heavy traffic when he collided with a minivan, causing him to lose control of his bike and veer across two lanes.

Wilson then collided with a big rig, causing him to be ejected from his motorcycle and onto the roadway. He was declared dead at the scene.

Wilson made headlines on Sept. 18 when he came upon a multi-vehicle crash on SR-163 in Miramar and jumped into action.

Wilson told 10News he was riding his motorcycle when he saw one of the cars involved on fire. He broke a window to pull an injured woman out of the vehicle.

“I had my jacket on and didn’t think about it. I just broke the window and pulled her out,” Wilson said.

After the first rescue, Wilson went to the second car and pried open the female driver's door to get her to safety.

“I was doing my job as a Marine. We’re here to serve the people. Not just during war time, but all the time," Wilson told 10News.

A native of Fairfield, Connecticut, Wilson enlisted in the Marines in March 2010 and his awards include two Good Conduct Medals and a National Defense Service Medal.

Brig. Gen. Ryan Heritage, the commanding general of MCRD San Diego, said, “We extend our deepest condolences to the family and friends of Sgt. Wilson. Our thoughts and prayers are with them during this difficult period. This is truly the loss of a fine Marine, and he will be missed greatly.”