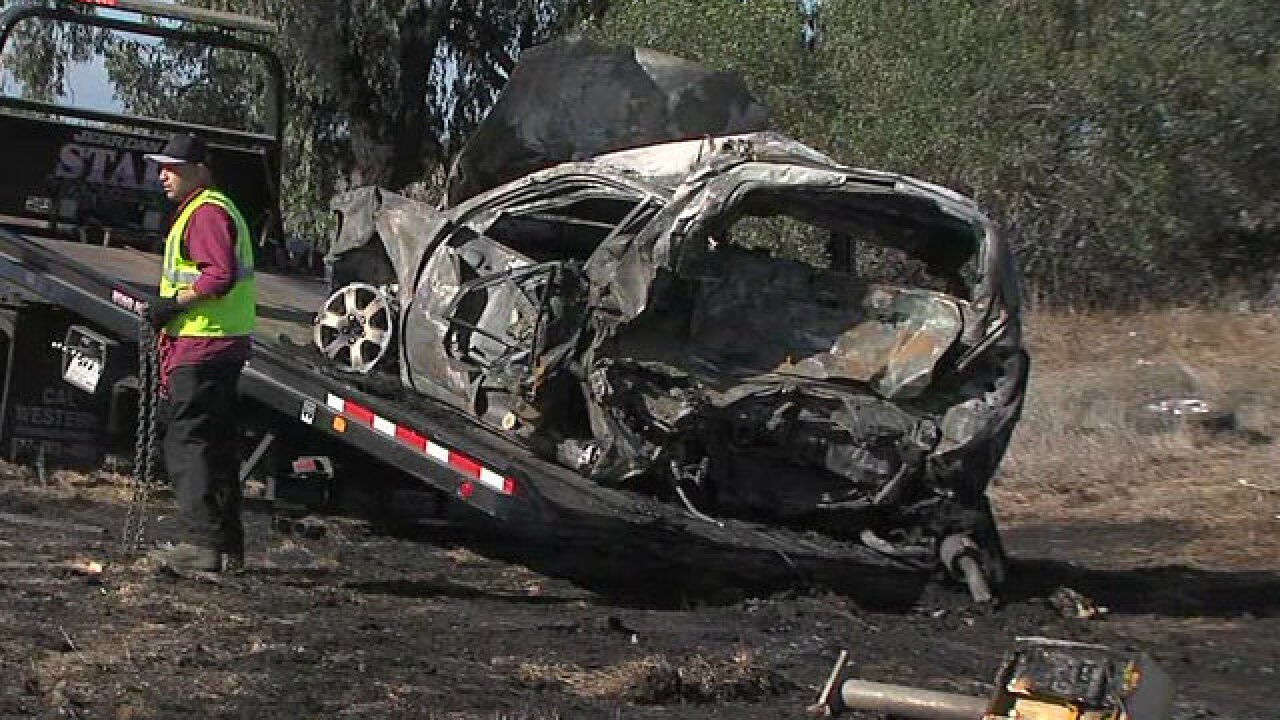 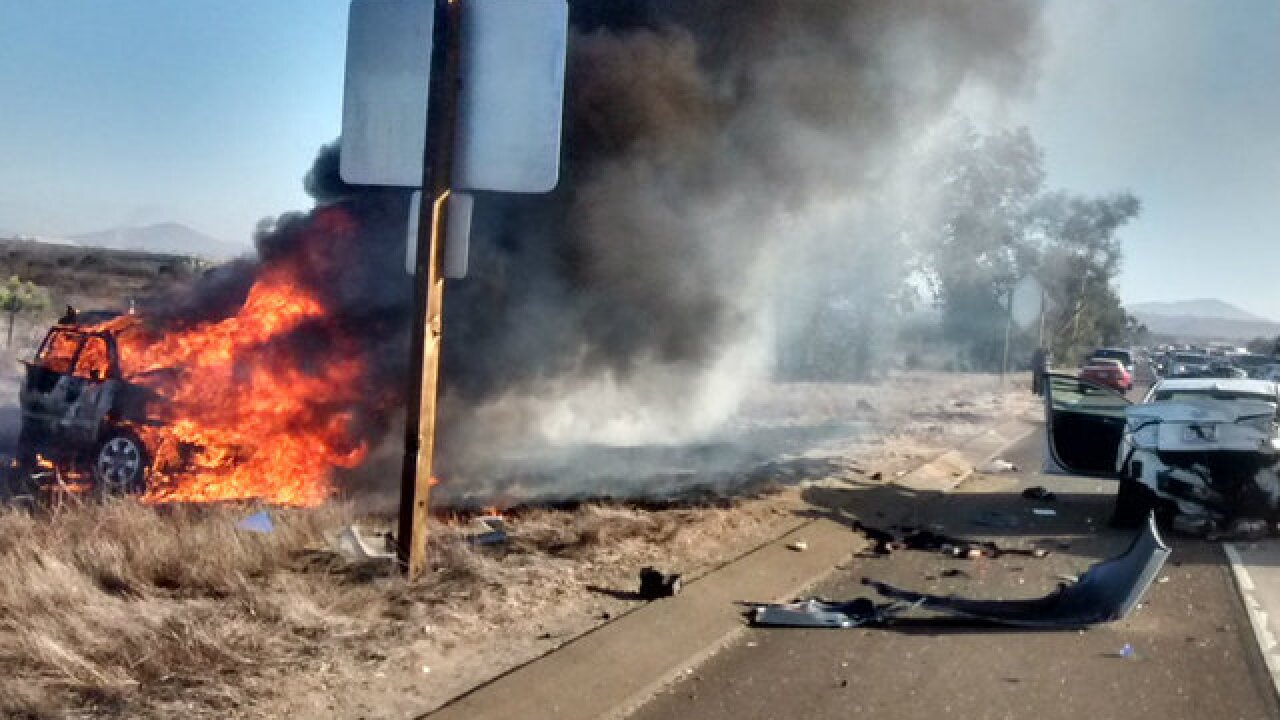 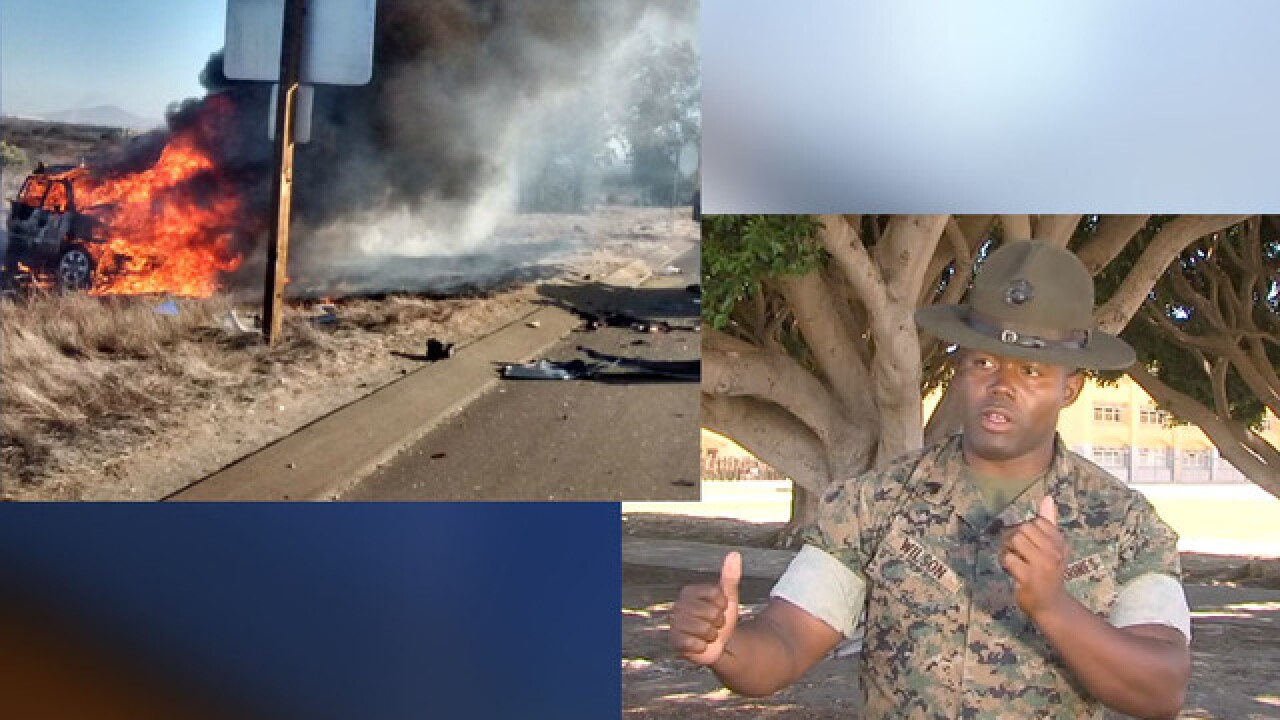 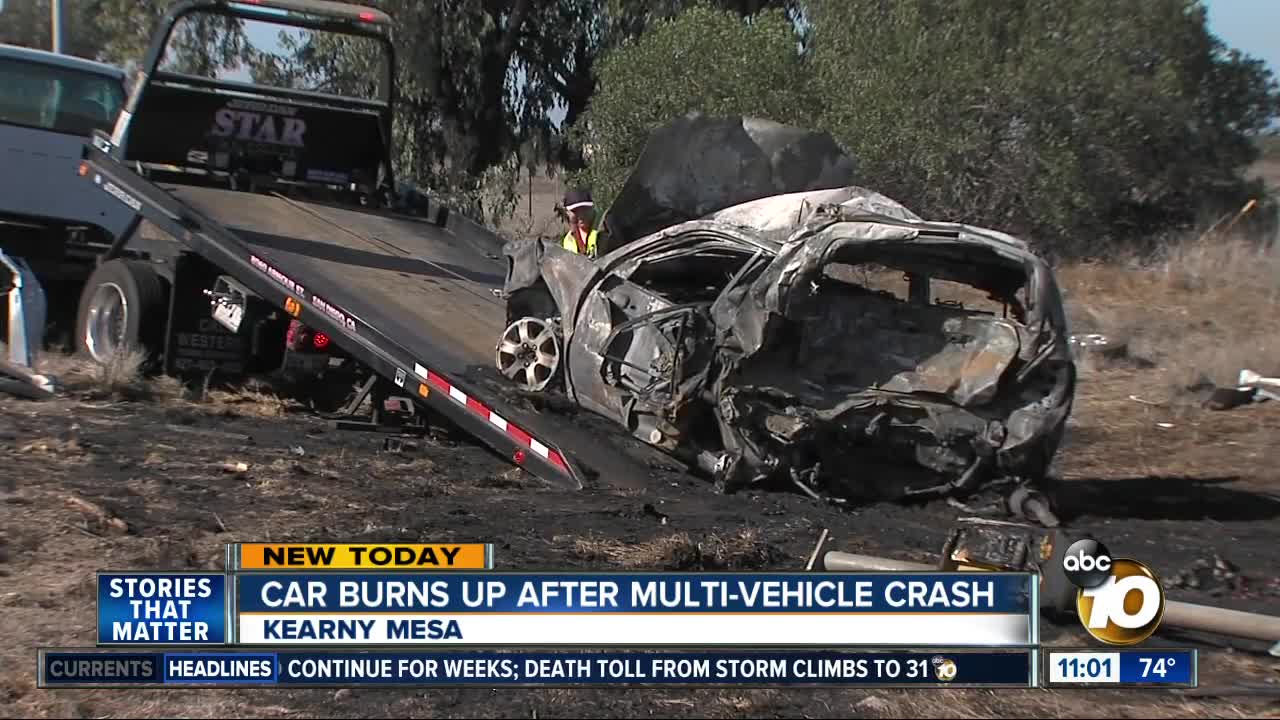 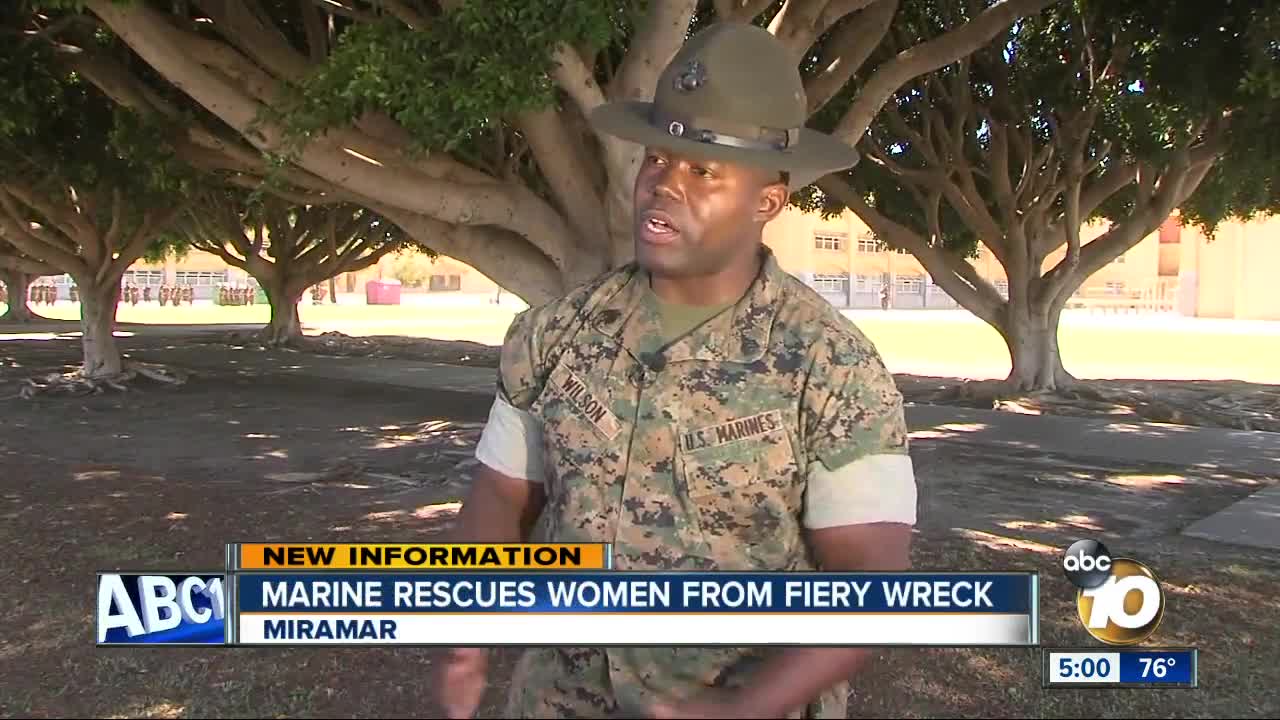 SAN DIEGO (KGTV) - A Marine helped rescue a woman who was injured in a fiery multi-vehicle wreck on state Route 163 in Miramar Tuesday morning.

The crash, which involved at least five vehicles, happened shortly after 8 a.m. on southbound SR-163 near state Route 52, according to California Highway Patrol officials.

Marine Sergeant Gary Wilson was going to work when he saw the flames. He told 10News jumped off his motorcycle and ran to the burning car. Sgt. Wilson saw a woman trapped inside so he broke the driver's side window and pulled her from the car. She had a concussion and blood on her face.

“I had my jacket on and didn’t think about it. I just broke the window and pulled her out,” said Wilson.

After the first rescue, Wilson went to the second car and pried open the female driver's door to get her to safety.

“I was doing my job as a Marine. We’re here to serve the people. Not just during war time, but all the time," Wilson said.

Details on what led to the wreck were not immediately released, but Anders Mattson, who was involved in the crash, told 10News, “I think the big white truck came in at a pretty high rate of speed, and then I saw, in my back mirror, this car and I’m thinking, ‘This is not good.’”

Mattson added, “One car got hit and one car got hit, and mine was the last. I got kind of spun out in the traffic, and once I stopped, there I saw the other car on fire.”

Both women in the chain-reaction crash were taken to the hospital, but both are expected to be OK. No other injuries were reported.

The crash forced the closure of at least two lanes during the morning commute.