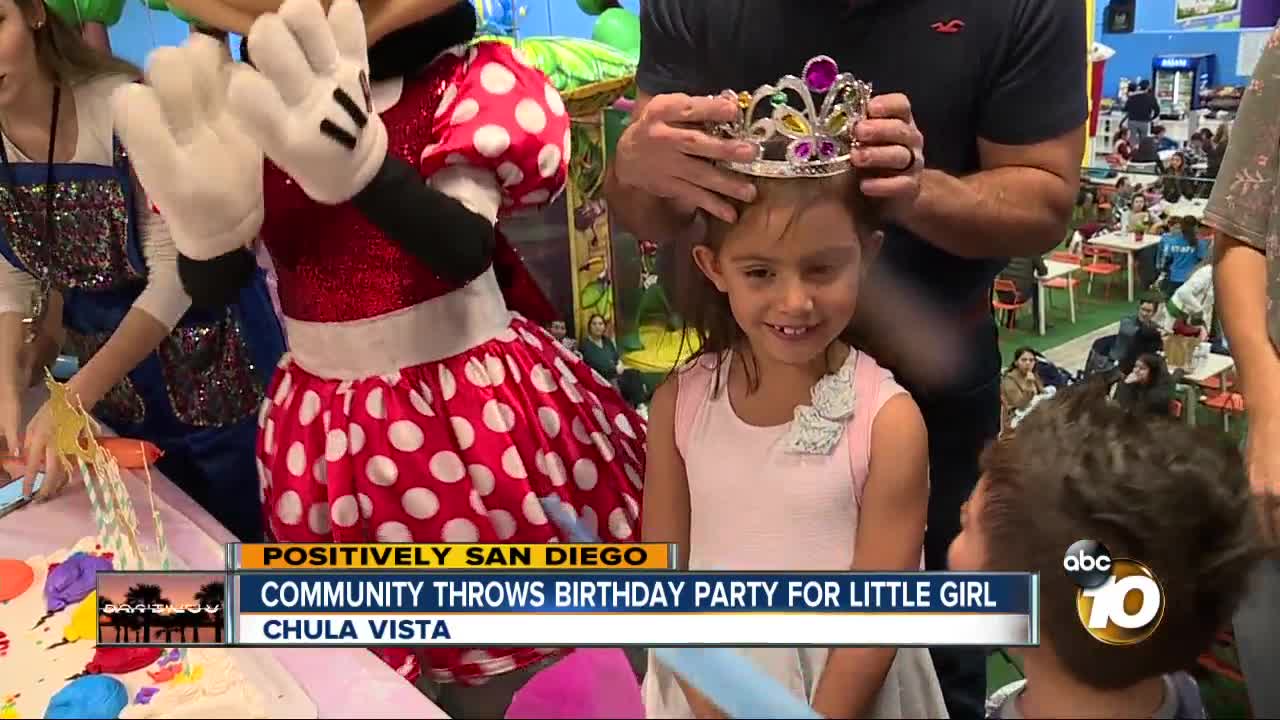 Hundreds of people packed into Play City in Chula Vista on Friday to give a special birthday girl a second chance at a party.

CHULA VISTA, Calif. (KGTV) — Hundreds of people packed into Play City in Chula Vista to give a young girl a second chance at a birthday party.

It was an overwhelming turnout Friday for Ashley Gotcher's birthday party that started out very differently.

Edna and David Gotcher took their daughter to Play City the prior weekend to celebrate her 8th birthday. Ashley invited 10 friends to celebrate. Only two friends showed up.

The failed party stuck with Ashley's mom — and the staff noticed. They were determined to make Ashley's special day come true.

"Being a mom of an 8 year old I couldn't fathom something like that happening to me," Alita Fernandez, Play City marketing manager and organizer, said.

So Play City began organizing a second take. A new party was planned with everything an 8 year old could ask for, from donated unicorn cakes to piles of presents and even a visit from Minnie Mouse.

"We had businesses pitching in we had people random people that I had never me," Fernandez said.

When the big day arrived, it was a very different scene from the the weekend before.

"I never expected this outcome it feels like I'm dreaming," Edna Gotcher said.