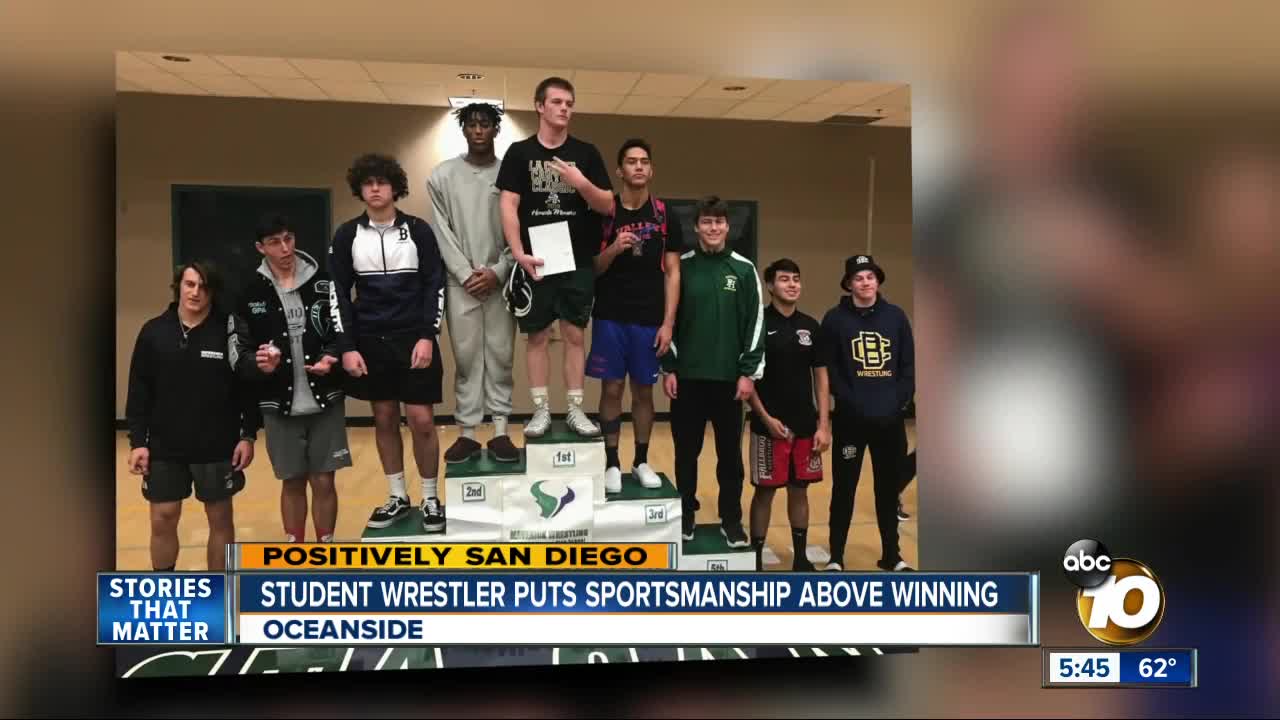 The act of kindness happened after an injury. 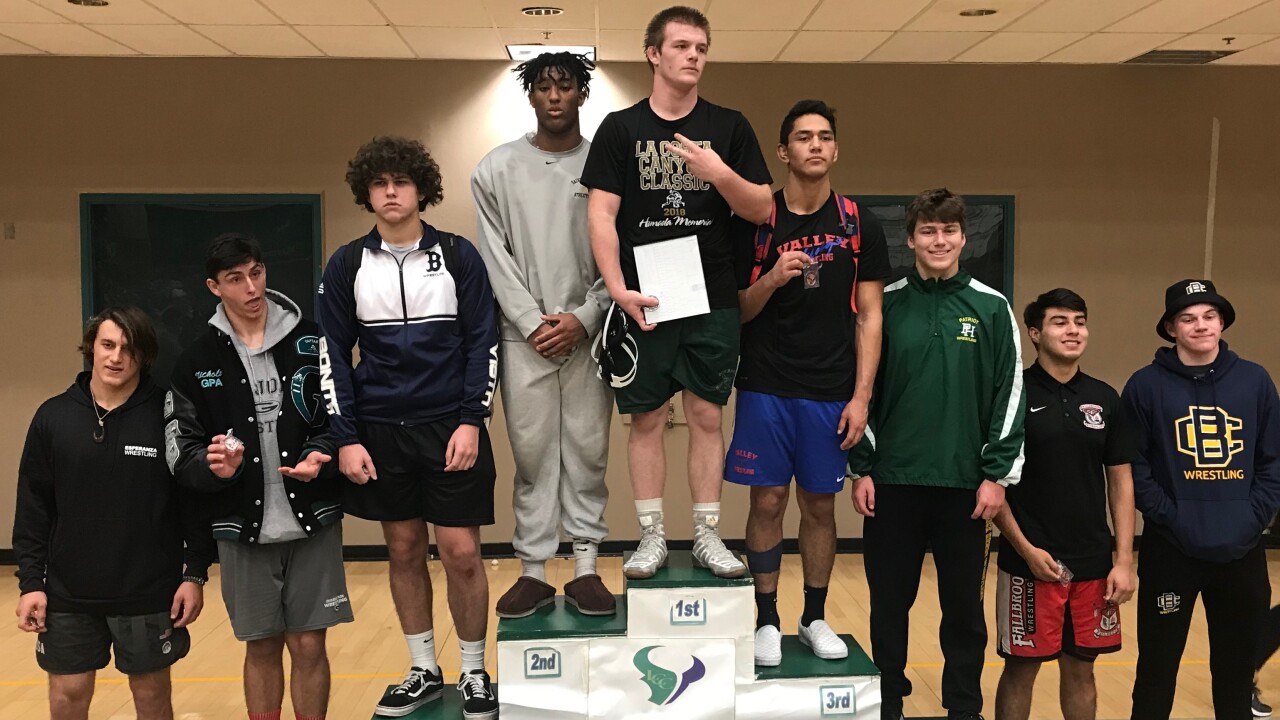 But in a recent tournament, Shane Hansen put sportsmanship above being number one.

After four matches, Hansen made it to the finals in the La Costa Canyon tournament. However, the final match was getting away from him.

"It was the third period, the last period, I was down 12-3, I believe, we went out of bounds, and he ended up dislocating his shoulder," said Hansen.

Hansen's opponent was not able to recover in the injury time allotted and was therefore forced to default match, meaning Hansen took first place.

"I felt pretty bad because obviously, he was winning that match, and it wasn't my match to win."

Hansen tried to forfeit himself from the match but was not allowed.

During the award ceremony, Hansen gave his gold medal to his opponent in exchange for the silver medal. Hansen held up two fingers representing second place in the podium photo, a symbolic gesture to his injured opponent.

"The reason I believe it wasn't a hard decision is because he was the better athlete that night and was winning that match when he got hurt, it was the right thing to do."

In a letter to the school, Hansen's opponent's coach said:

"I have been a varsity wrestling coach since 1985, and in my 35 years, I can honestly say that I have never witnessed such an amazing display of sportsmanship as I saw last Saturday evening. A young man from Oceanside High School - Shane Hansen brought me to tears with his act of sportsmanship." - Todd Meulman, Saint Francis High School.

Hansen has been in contact with his opponent and wishes him a speedy recovery.

Hansen has since won first place in another tournament and hopes to wrestle in college.