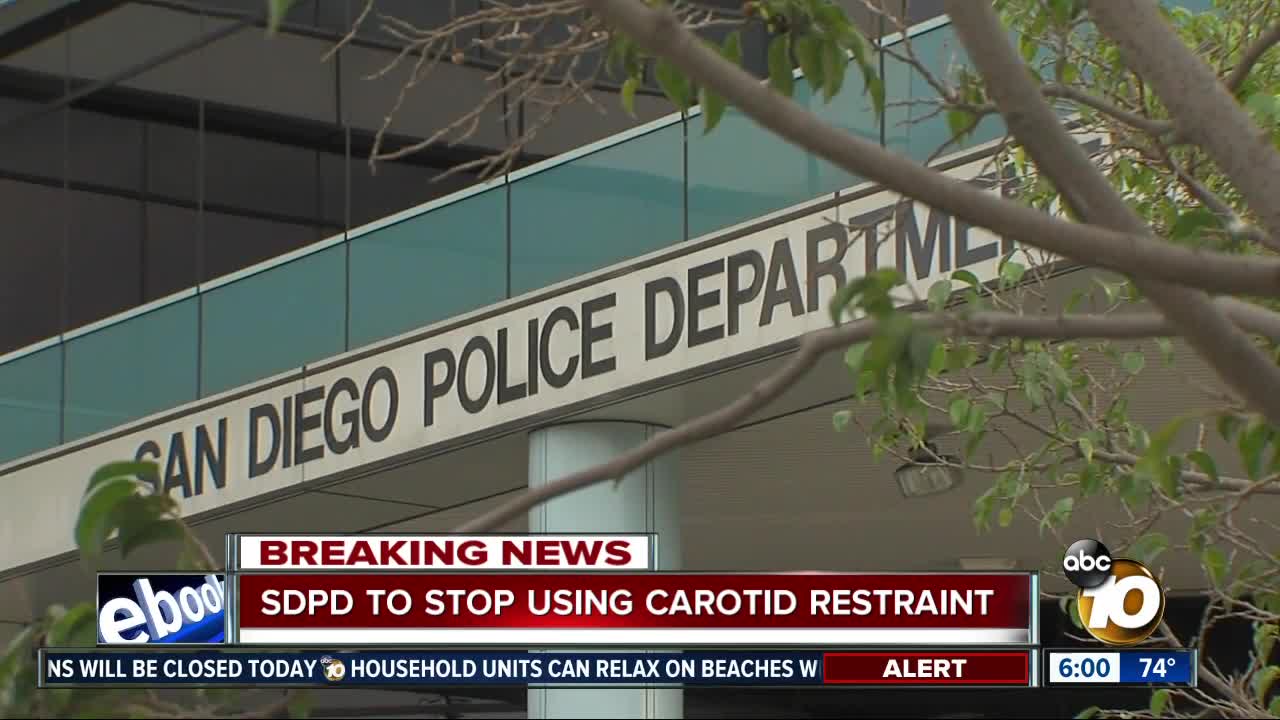 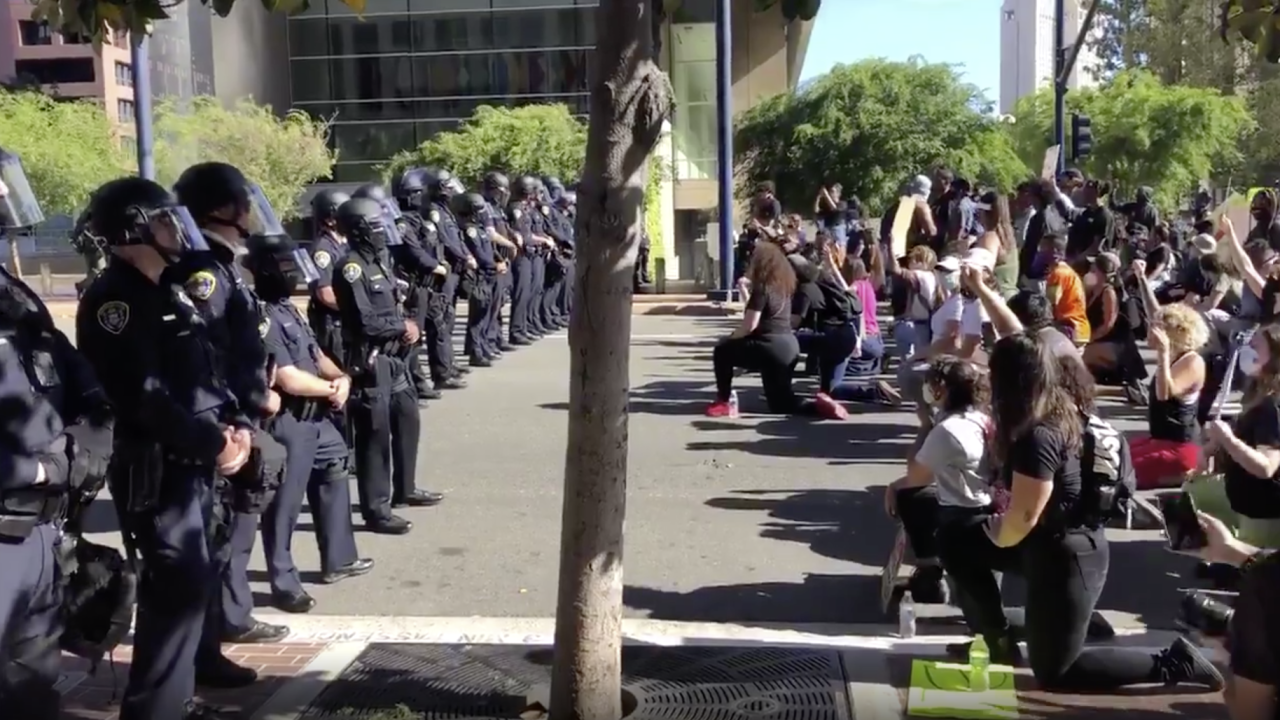 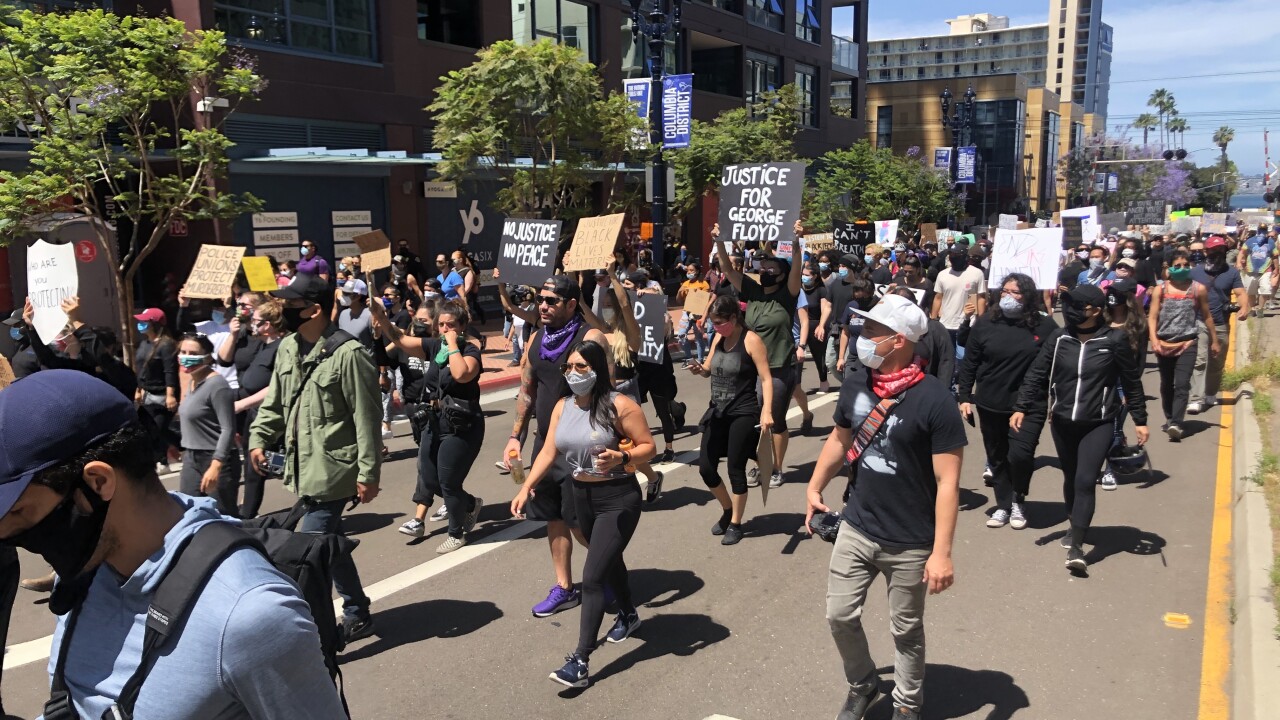 Nisleit says he will direct officers in a memo Tuesday to end the use of the carotid restraint procedure, following a weekend of nationwide protests against police violence.

According to the City of San Diego, the department joins a growing number of agencies throughout the nation that have halted the use and training of the carotid restraint.

“I started evaluating this policy last week following the terrible events in Minneapolis, and believe now is the right time to make this change. Effective immediately, I have placed a stop on the use of the carotid restraint among our Police Department. I have heard from the community and the department wants to work toward strengthening our community partnerships to keep all San Diegans safe," Chief David Nisleit added.

When asked if the San Diego Sheriff's Department would follow the same move, Sheriff Bill Gore told 10News that the department would continue to allow the restraint method.

"I want to give me deputies as many less lethal options as I possibly can. And I'm reluctant to take an option like that away because when it's applied properly, it's probably one of the most effective tools we can use out there," Sheriff Gore said. "The alternative would be a use of force impact weapon, like a club, Tazers — which carry with their own danger with them ... I think it's frequently confused when you see incidents like in Minneapolis."

“I am thrilled with this tangible action taken by Mayor Faulconer and Chief Nisleit to ban the use of the carotid restraint. The in-custody death of George Floyd, that sparked nationwide outrage and protest, has further underscored the need for accountability and transparency measures," Montgomery said. "Community organizations, such as the Racial Justice Coalition, the NAACP and the Coalition for Police Accountability and Transparency have long advocated for the ban on this — sometimes deadly — use of force."

Mayor Kevin Faulconer has also directed three city advisory bodies to hold emergency meetings to discuss the strengthening of community and police relations. The bodies will also discuss de-escalation policies, according to the city.

“We are watching the hurt and pain so many people are expressing after the tragic death of George Floyd, and are committed to taking new actions to make sure something like this doesn’t happen in San Diego,” Mayor Faulconer said.

“That starts today with the police chief’s decision to immediately stop this particular restraint that has led to so much concern and frustration by many in our minority communities. I want to thank Chief Nisleit for listening to those demanding justice and doing the right thing," he added.

The news comes after protests turned to riots in both San Diego and La Mesa over the weekend. Of the 97 people arrested at San Diego protests Sunday, Nisleit said about a quarter of the individuals were from out of town. No further details were provided about where the protesters were specifically from.