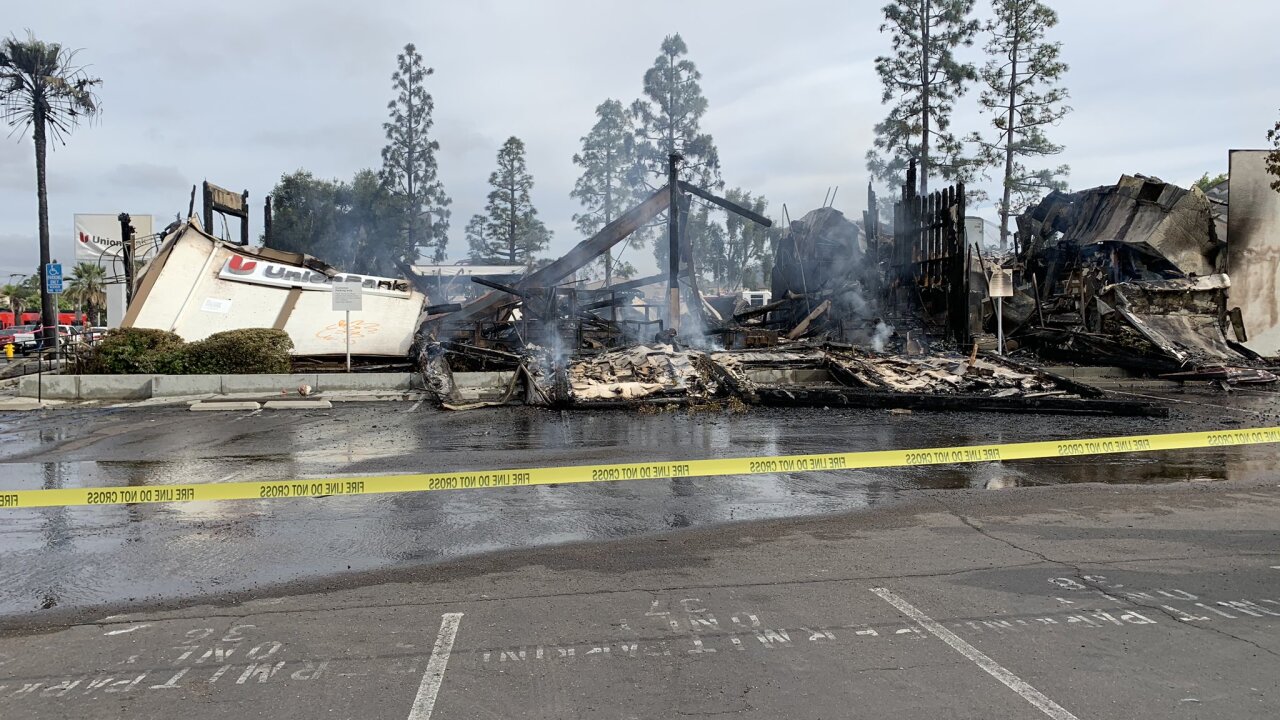 A curfew will begin at 7 p.m. on May 31 and end at 7 a.m. on June 1 for the City of La Mesa. During that time, the city encouraged residents and visitors to shelter in place. The order was issued following a city council meeting at 9 a.m. Sunday.

National City has also imposed a curfew saying: "This curfew will be in effect starting today, May 31 from 8pm until tomorrow, June 1 at 5:30am. This means no one should be out in public on the streets in National City after 8pm. Please stay home, stay safe with your families unless you need to travel for work, seek medical care or are experiencing an emergency situation."

Read the full statement from the City of La Mesa below:

Due to conditions of extreme peril to the safety of persons and property that have arisen within the City of La Mesa as a result of rioting and looting related to a police protest on May 30, 2020, the City of La Mesa Director of Emergency and Disaster proclaimed the existence of a local emergency within the City on May 31st, 2020. Consequently, the Director of Emergency and Disaster ordered a City-wide curfew for all Citizens of and visitors to La Mesa commencing on May 31st 2020 at 7:00 p.m. and ending at 7:00 a.m. on June 1, 2020. During this timeframe, Citizens of La Mesa are encouraged to shelter in place (in a safe environment) for their personal safety. Both the proclamation of local emergency and ordering of the curfew were confirmed by the La Mesa City Council today at a 9:00 a.m. Emergency Meeting.

Unincorporated cities will also be under a curfew as well. According to the San Diego Sheriff's Department, a curfew will go into effect for some unincorporated areas starting at 8:00 p.m. and lasting through 5:30 a.m. on Monday. Curfew will continue Monday at 8 p.m. to Tuesday at 5:30 a.m.

Areas affected by the curfew include:

To report a crime in processes, residents are encouraged to call 911.

After the curfews were issued, the ACLU of San Diego issued the following statement:

Universal curfews are the wrong way to respond to disruptions in otherwise peaceful protests. Curfews that bar all presence in public are far broader than necessary and unjustifiably bar essential activities such as travel to and from work, seeking emergency medical care and fulfilling other caregiving responsibilities. Such curfews are especially inappropriate in cities that have not experienced any unlawful conduct.

By making presence on public streets anywhere in a city unlawful, police are afforded too much discretion over whom to interrogate or arrest. This can lead to selective and biased enforcement, especially against Black people and other people of color; and it can invite harassment of people who are unhoused. Blanket curfews also undermine transparency and accountability by preventing the press from covering law enforcement’s response to public events.

Combined with troubling reports of aggressive force by law enforcement officers against protesters, blanket curfews repeat the problems that result in protests against abuse of police power.