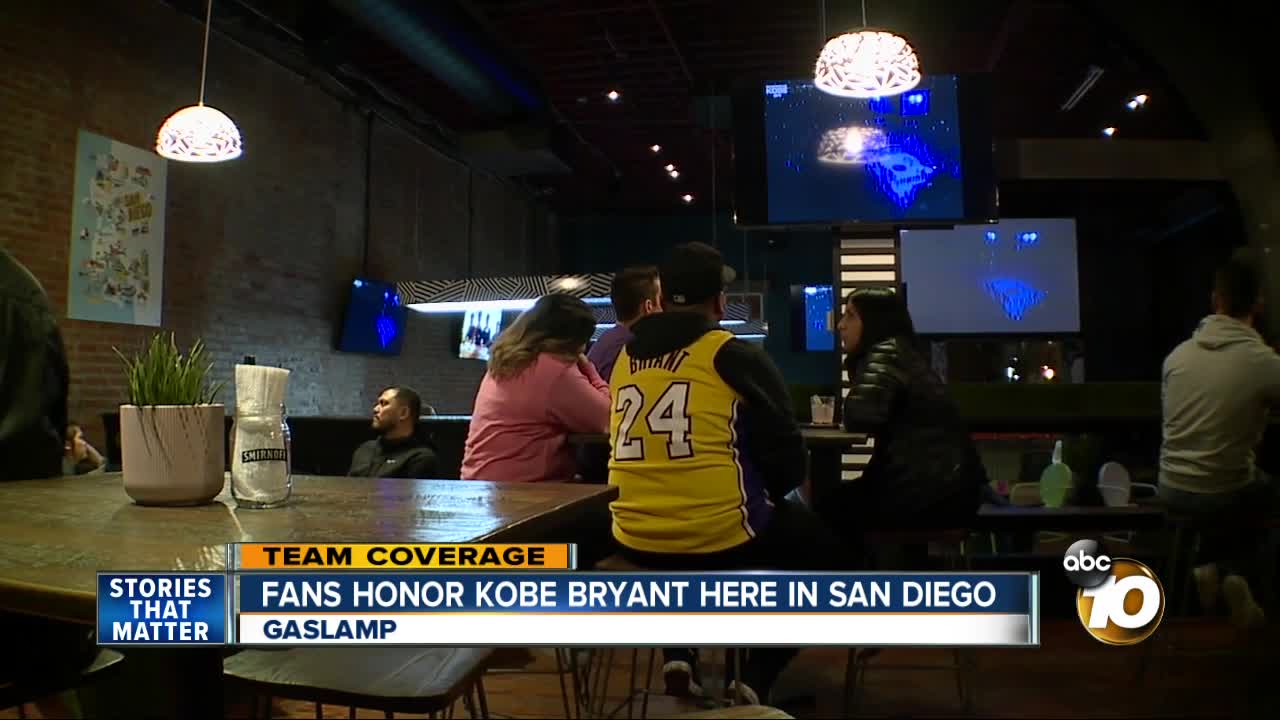 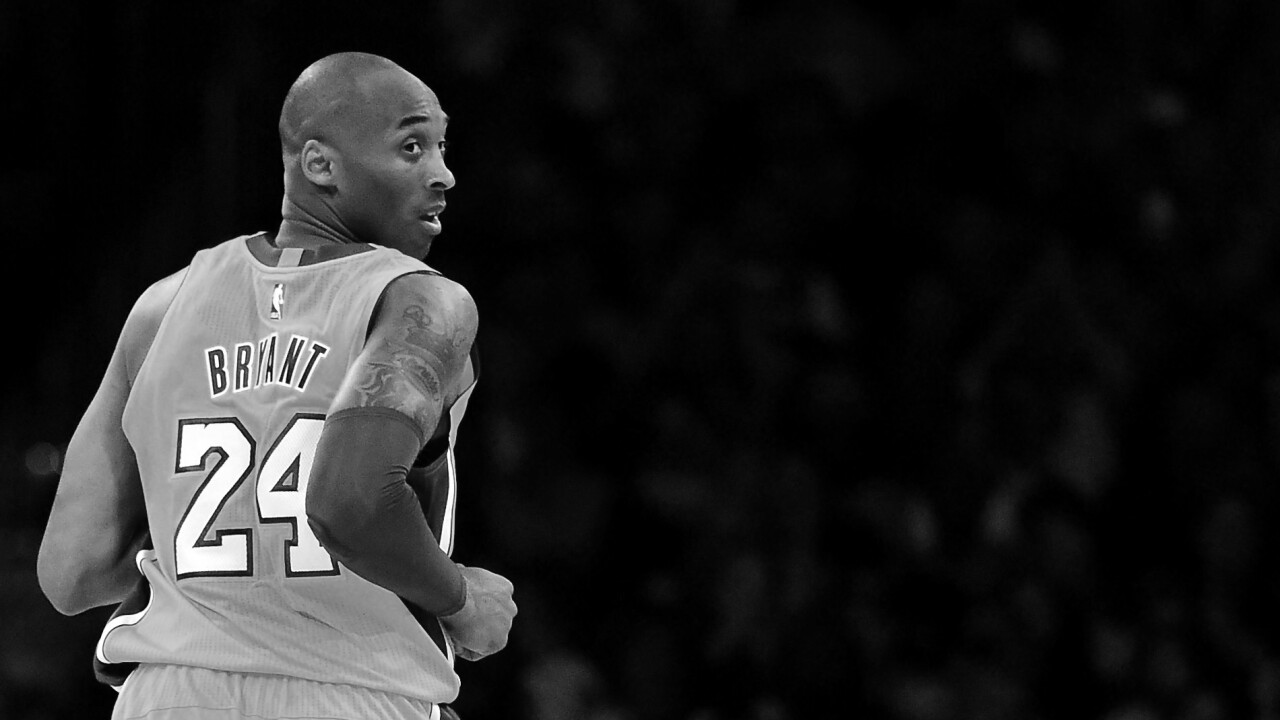 SAN DIEGO (KGTV) - It was an emotional night for many San Diegans who grew up watching NBA legend Kobe Bryant.

The Los Angeles Lakers returned to the court Friday night, their first game back since Bryant's helicopter crashed, killing nine people, including him and his daughter.

Several bars and restaurants had the game tuned in. Other bars like The Gaslamp Social and Social Tap San Diego went one step farther and held a Kobe Bryant tribute night to coincide with the Lakers game.

"He was my whole childhood like to see how everyone's responded, and I wish we could be there (at Staple's Center)," one fan said.

Before the game, NBA All-Star LeBron James addressed the fans.

"As I look around this arena, we're all grieving, we're all hurt, we're all heartbroken. When we're going through things like this the best thing you can do is lean on the shoulders of your family," James said. "Tonight we celebrate the kid that came here at 18, retired at 38 and became probably the best dad we've seen over the last three years."

This week, the San Diego County Administration building officials lit the structure's facade purple and gold in honor of Bryant, joining several other cities that have done the same with local landmarks.