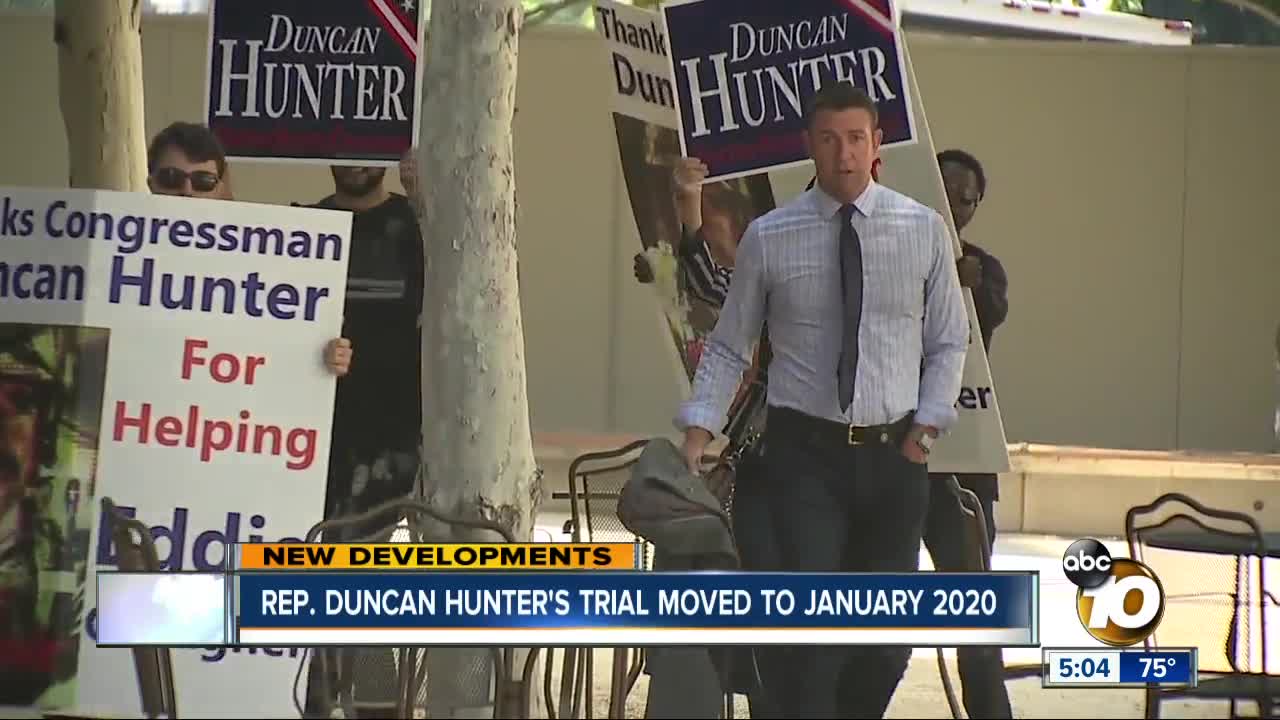 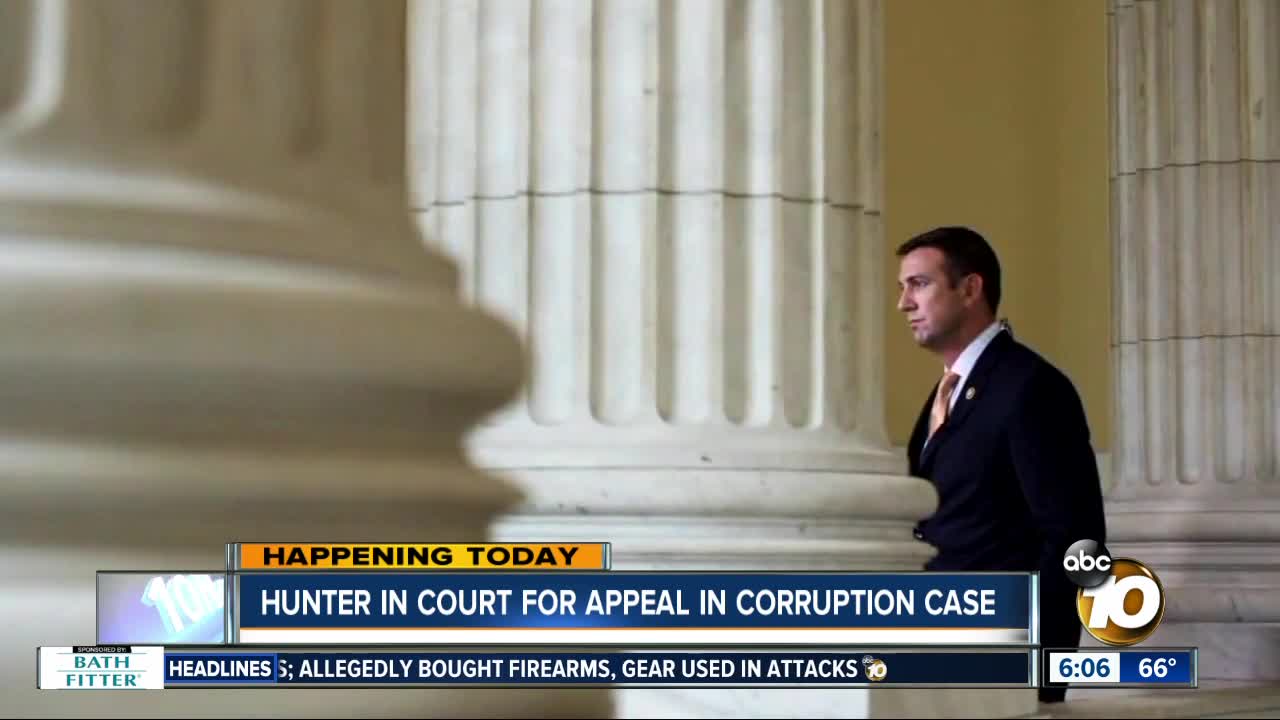 SAN DIEGO (AP) - U.S. Rep. Duncan Hunter won't go on trial until next year on corruption charges that involve the spending of campaign cash on vacations, extramarital affairs and other items, a U.S. judge decided Tuesday.

U.S. District Court Judge Thomas Whelan changed the trial date from Sept. 10 to Jan. 14 after defense attorneys raised questions about whether an appeals court must first consider their motion to dismiss the case against the California Republican.

Whelan considered the motion last month and refused the request.

Hunter attended the Tuesday hearing but did not speak.

He and his wife were indicted a year ago after authorities said they used more than $250,000 in campaign funds for personal expenses ranging from groceries to golf trips and family vacations.

The Marine combat veteran has pleaded not guilty to all the counts against him. Margaret Hunter has pleaded guilty to one corruption count and agreed to cooperate with investigators.

Defense lawyers told Whelan last month that the congressman was protected from prosecution under a section of the U.S. Constitution that involves the performance of legislative activity.

They called a 2015 trip Hunter made to Italy a legislative act. Whelan dismissed the argument, saying it was clearly a family vacation.

The 9th U.S. Circuit Court of Appeals usually doesn't rule on a criminal case before a trial has concluded.

In Hunter's case, the judges are allowing his attorneys to show why the court should make an exception. The 9th Circuit set a Sept. 6 deadline for the defense to submit their arguments, and the prosecution can file its response after that. Prosecutors have asked the court to dismiss the motion.

Defense attorneys also have argued that prosecutors were politically motivated and got the 42-year-old congressman — a staunch supporter of President Donald Trump — indicted only months before the 2018 election.

Hunter's lawyers also say that if Hunter does go to trial, it should be moved out of San Diego to a more Republican-friendly area.

Whelan said Hunter easily won a sixth term after being indicted and therefore he should be able to be tried fairly in San Diego County. The judge also disagreed that prosecutors were on a political hunt and refused to toss the case.