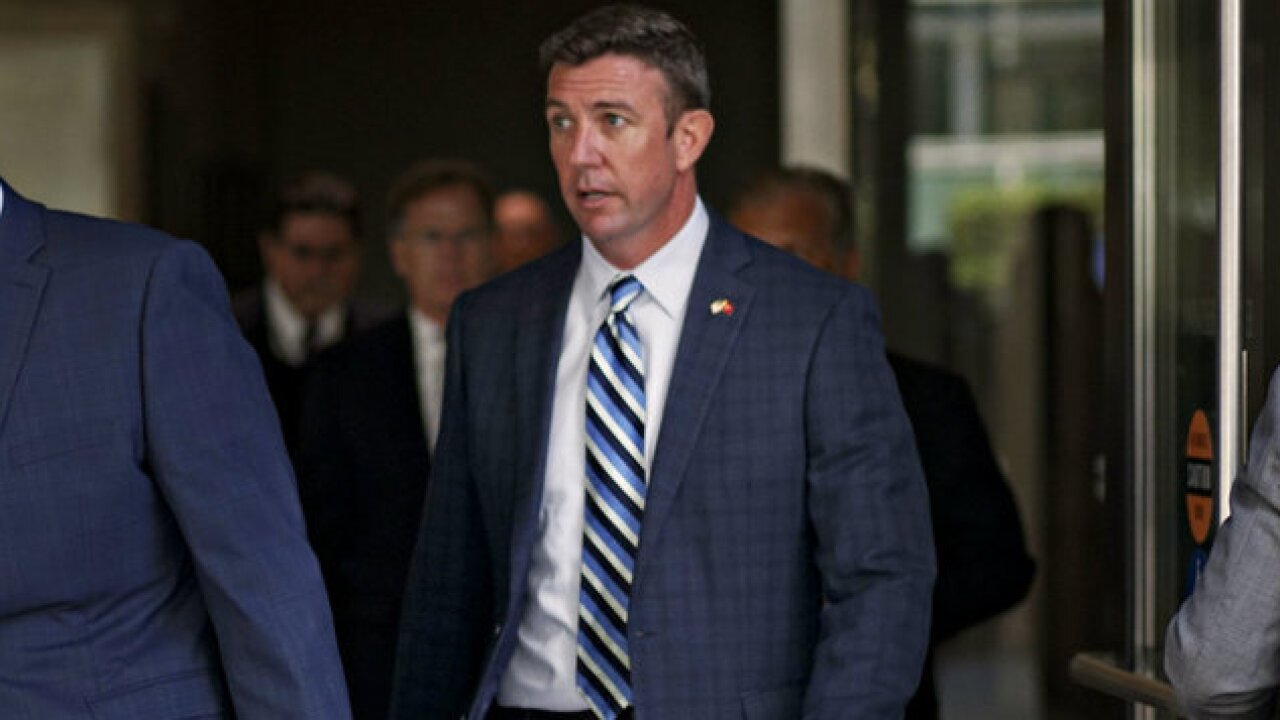 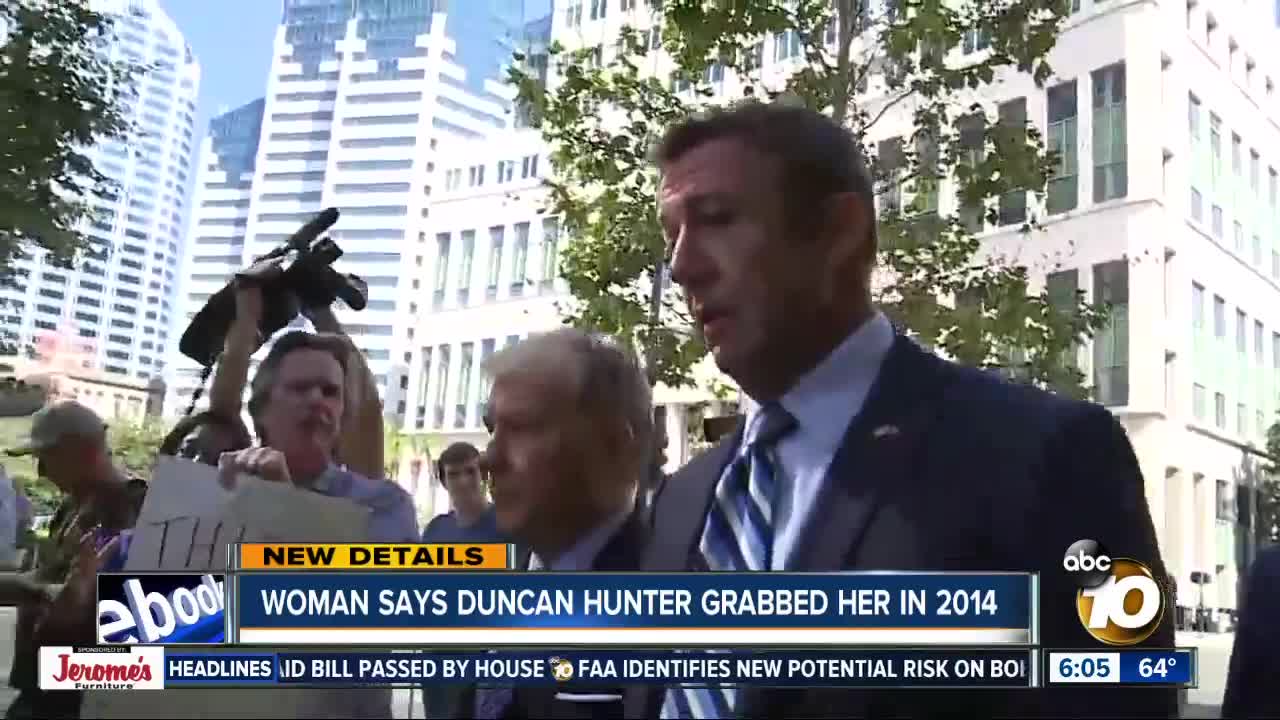 (CNN) - A former Capitol Hill staffer said Rep. Duncan Hunter grabbed her behind at a party in downtown Washington in 2014, adding a new element of impropriety alleged against the embattled California Republican, who is charged with using campaign funds to pay for vacations and to finance extramarital affairs.

Rory Riley-Topping, a former subcommittee staff director on the House Veterans' Affairs Committee, told CNN in an interview that she was at a bar after an annual dinner held by the National Republican Congressional Committee when Hunter approached her, appearing, she said, to be intoxicated.

"Duncan Hunter had told me that he wanted to talk to me about Agent Orange, which is an issue the committee was dealing with at the time. I politely said, 'Great. I'll get in touch with your staff.' And he kind of leaned in and said, 'No, I want to talk to you about it,' and had reached over and pulled himself in very close with his hand on my behind," Riley-Topping said.

Riley-Topping said she then approached Republican Rep. Jon Runyan of New Jersey, a member of the committee she worked on who has since retired, and told him what had happened. "This is gross. This is what happened: Duncan Hunter just grabbed my ass. I don't want to be here anymore," she recalled in the interview.

CNN has reached out to Runyan. Two former colleagues of Riley-Topping and her then-fiancé, who is now her husband, told CNN that Riley-Topping had told them about the incident soon after it happened.

Hunter was charged in August with wire fraud, falsifying records and campaign finance violations, and, in an indictment, prosecutors described a lavish lifestyle with trips to Italy, private school tuition payments and bar tabs allegedly funded by campaign donations.

He agreed last year to step down from his congressional committee assignments, though he later went on to win reelection, defeating his Democratic opponent after a campaign widely criticized for its anti-Muslim themes.

Hunter has pleaded not guilty to the charges, and CNN has reached out to his congressional office for comment on the allegation by Riley-Topping.

Riley-Topping first shared her story with RT, the cable news network funded by the Russian government, earlier Wednesday after an anchor on the channel who is a personal friend invited her on to talk about the experience, and to provide legal analysis on the Hunter case, Riley-Topping told CNN.

Riley-Topping, who is now a consultant specializing in veteran law, said she did not report the incident at the time to her supervisors because it was the kind of behavior that was common on Capitol Hill then.

"This kind of stuff happens all the time. Even though it was something that felt inappropriate, it also unfortunately didn't seem unusual and I felt I was not physically injured, I wasn't raped," Riley-Topping said.

Several lawmakers have recently resigned after the national sexual assault reckoning swept into Congress. In December, Congress passed sexual harassment legislation to oversee the way sexual harassment claims are made and handled on Capitol Hill.

Riley-Topping said that she decided to leave her job in Congress because of the alleged incident with Hunter, and she resigned months later.