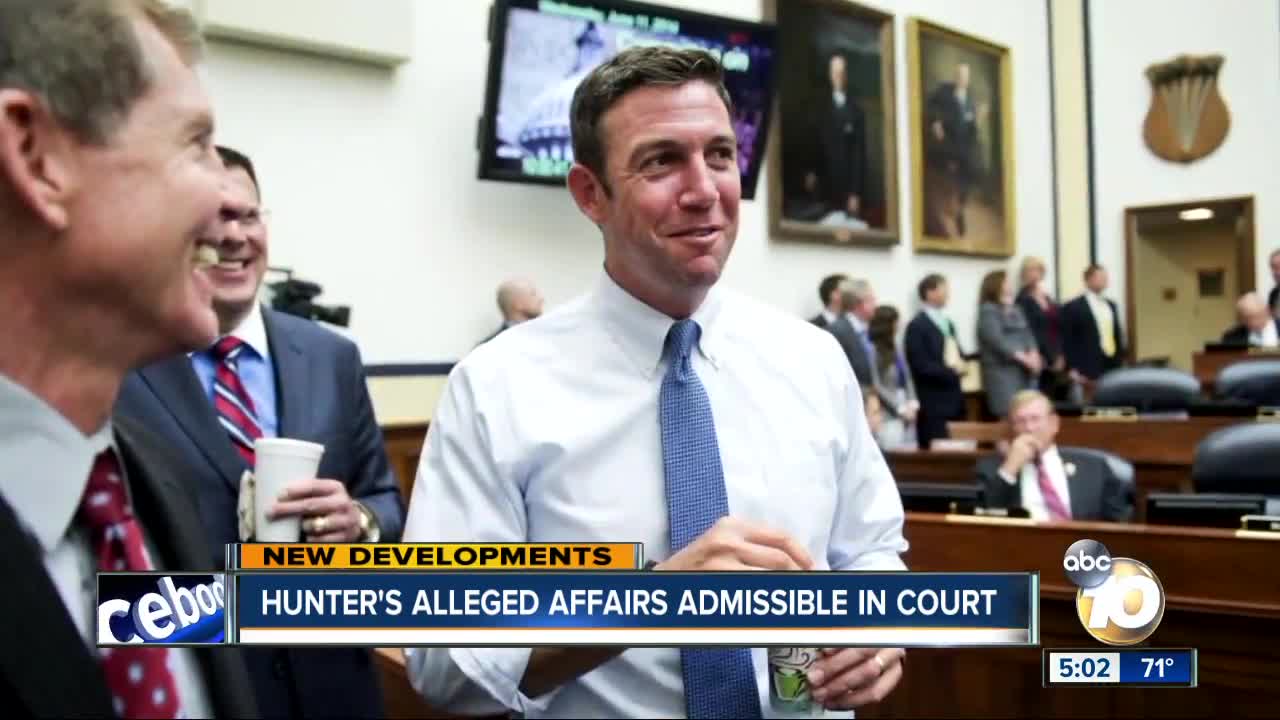 The judge made a pivotal ruling. 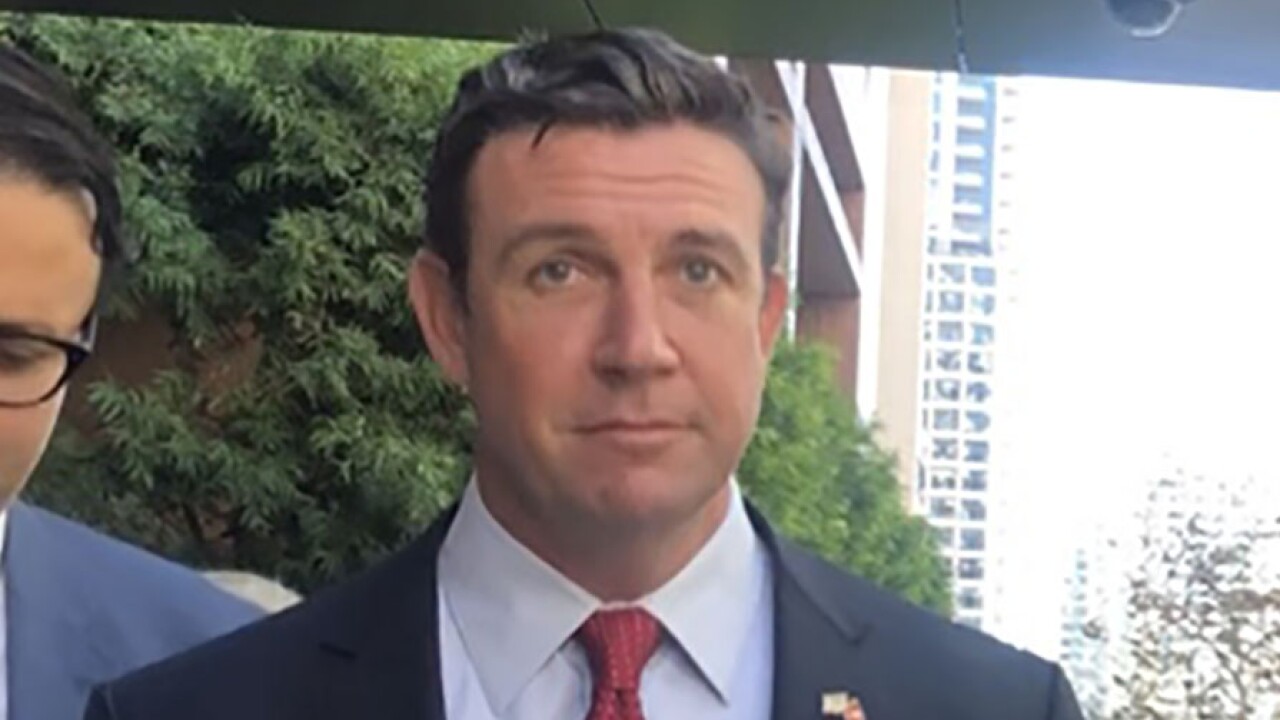 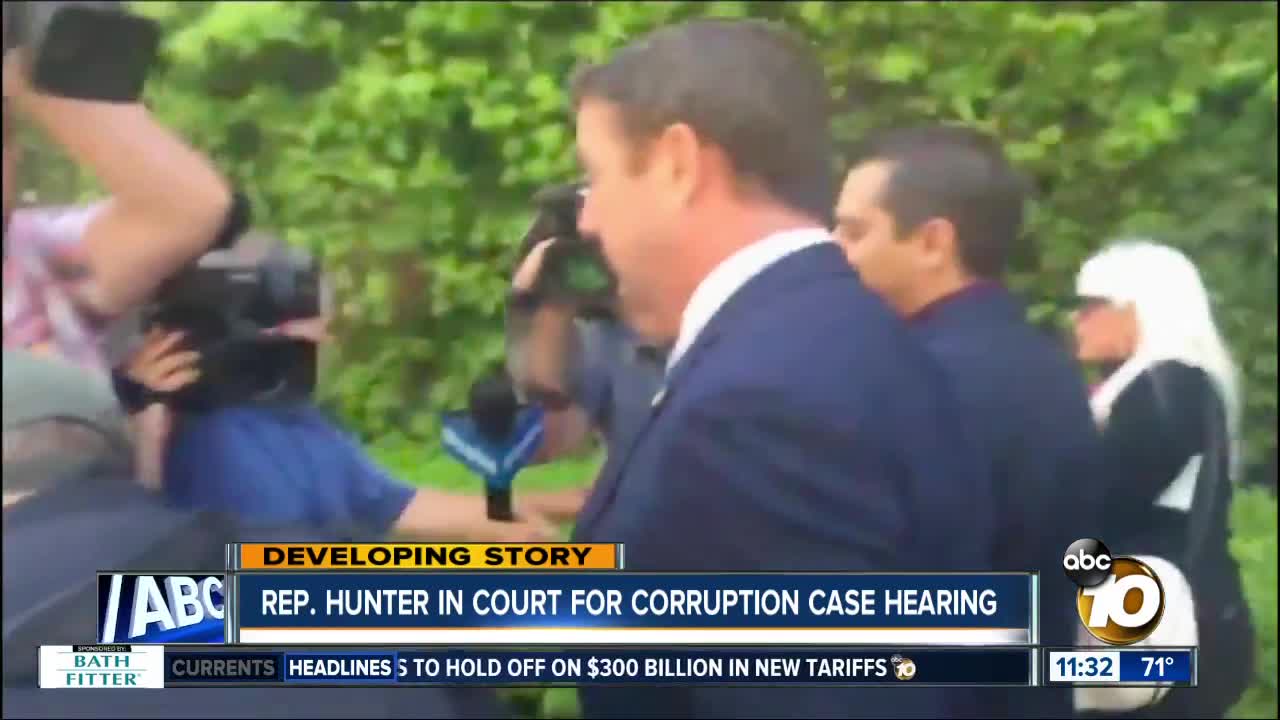 SAN DIEGO (CNS) - A federal judge ruled Monday that prosecutors can introduce evidence of Rep. Duncan D. Hunter's alleged extramarital affairs in a case in which the Republican congressman is charged with misusing more than $250,000 in campaign funds for personal expenses.

U.S. District Judge Thomas Whelan said prosecutors can submit evidence alleging that Hunter, R-Alpine, used campaign funds to maintain multiple extramarital affairs. The allegation was raised in a motion filed last week by federal prosecutors. Hunter's attorneys argued the evidence would be prejudicial and bias the jury against the congressman.

Whelan did not immediately rule on Hunter's request for dismissal of the case, with the congressman alleging political bias by the U.S. Attorney's Office. Hunter filed a motion last week claiming that U.S. Attorneys Alana Robinson and Emily Allen, who are prosecuting the case, are biased against him -- noting that they attended a 2015 presidential campaign fundraiser in La Jolla for then-Democratic presidential candidate Hillary Clinton.

While Hunter declined to comment, his father -- former longtime Rep. Duncan L. Hunter -- suggested the U.S. Department of Justice should investigate the conduct of Robinson and Allen for violating the Hatch Act, which prevents federal employees from using taxpayer dollars for political or electoral purposes.

According to the U.S. Attorney's Office, Robinson and Allen were at the fundraiser on official business. The elder Hunter argued that a Secret Service email, obtained via a Freedom of Information Act request, shows that's not the case.

"We have the email that came from the Secret Service that came with the FOIA request and the Secret Service email plainly says that they actually came to get a photo opp with their candidate, Hillary Clinton," he said. "That's a violation of the Hatch Act. That taints this entire investigation and this entire indictment and so there should be an investigation and we hope that it takes place."

Hunter has repeatedly maintained his innocence and the insistence that he is being smeared despite his wife, Margaret Hunter, pleading guilty earlier this month to using campaign funds for personal expenses. Margaret Hunter also agreed to work with prosecutors on the case and could eventually testify against her husband.

If convicted, Margaret Hunter faces up to five years in federal custody and fines of up to $250,000.

Hunter's case is expected to go to trial in September. He faces multiple charges including wire fraud, conspiracy and falsifying records.

Hunter was re-elected last November with 51.7% of the vote in his district despite being indicted three months before the election. He was first elected in 2008, succeeding his father, who held the congressional seat for 28 years.