Protesters gathered peacefully on Monday in Balboa Park. Some incidents of unrest and vandalism were reported by police in downtown San Diego later in the evening. 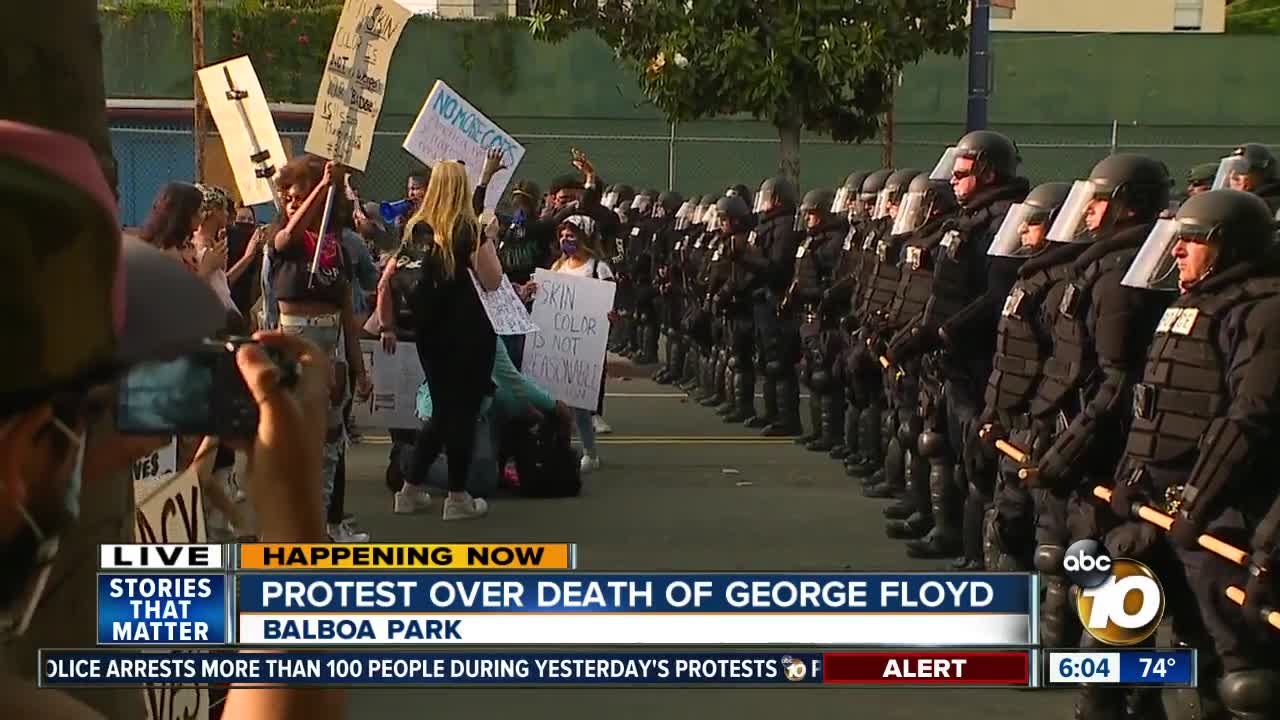 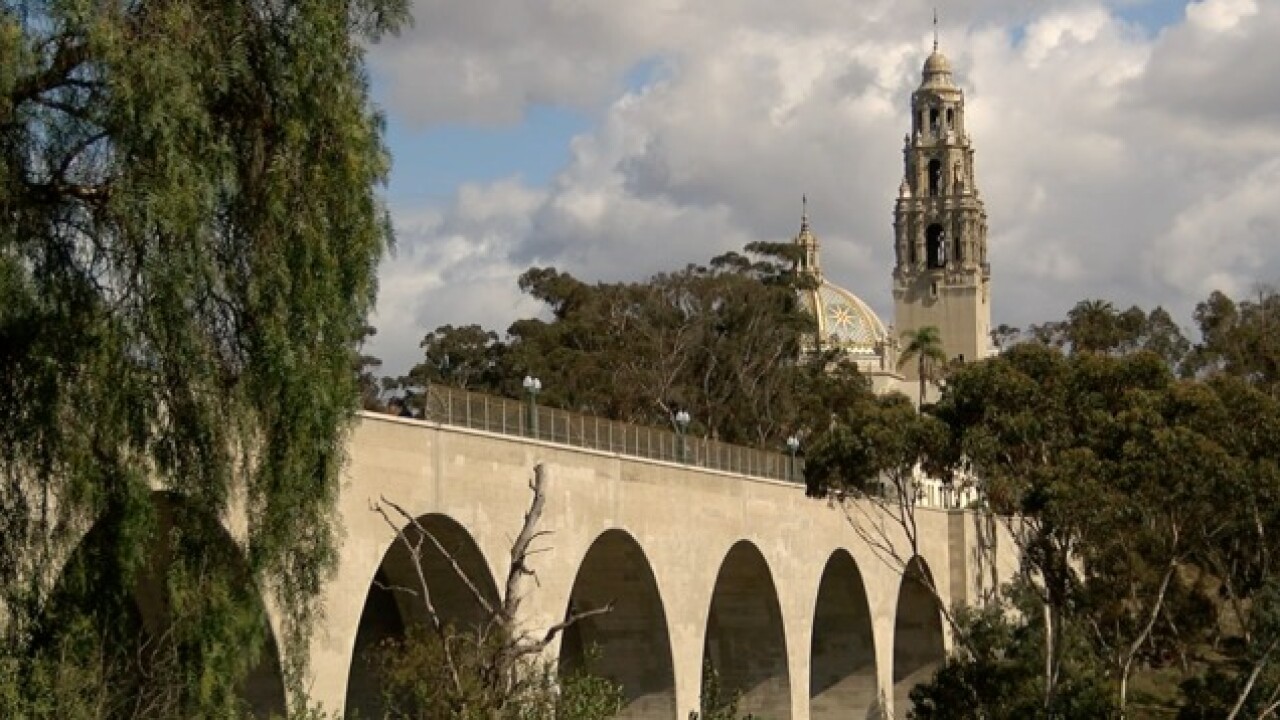 UPDATE 10:39 p.m. - San Diego Police declare an unlawful assembly for the area of 1400 Broadway, after police report bottles, fireworks, and other objects being thrown.

Earlier reports - Demonstrators continued to protest in Balboa Park at about 10:30 p.m., according to 10News reporter Matt Boone. Hundreds of protesters laid down on their stomachs with their arms behind their back, and chanted "I can't breathe" in honor of George Floyd.

— SDPD says demonstrations at the Hillcrest Pride Flag were largely peaceful, noting one person was arrested for vandalism around 9:30 p.m.

— At about 8:30 p.m., 10News reporter Matt Boone reported protesters gathered at the edge of Balboa Park in Bankers Hill held a moment of silence and lied down, chanting “I can’t breathe.” The majority of crowd dispersed in different directions.

— Police say "sporadic acts of vandalism" were also reported near Balboa Park and downtown around 8:10 p.m.

SAN DIEGO (KGTV) — About 150 people gathered in Balboa Park on Monday to demonstrate against purported police mistreatment of people of color.

Some freeway on- and off-ramps have been closed as a precaution. Closures include westbound state Route 94 to F Street, the First Avenue entrance to southbound I-5, and the southbound I-5 exits to 10th Avenue and Front Street, according to California Highway Patrol.

By about 2 p.m., demonstrators had made their way to the San Diego Zoo, chanting "No Justice, no peace. No racist police," and the name of George Floyd, who died Memorial Day in Minneapolis after being taken into police custody, City News Service reported.

The group eventually marched toward the San Diego Police Department, where they gathered in the early evening to continue their demonstration. Many marched back to Balboa Park afterward.

Protest leaders could be heard urging those marching not to commit vandalism and use chalk to leave messages on the sidewalk, CNS added.

Monday's protest comes on the heels of demonstrations in downtown San Diego on Sunday and La Mesa on Saturday. Both protests started peacefully.

Later in evening, both days saw instances of looting and vandalism by individuals, though it's unclear if those individuals were part of the earlier demonstrations or only there take advantage of the situation.