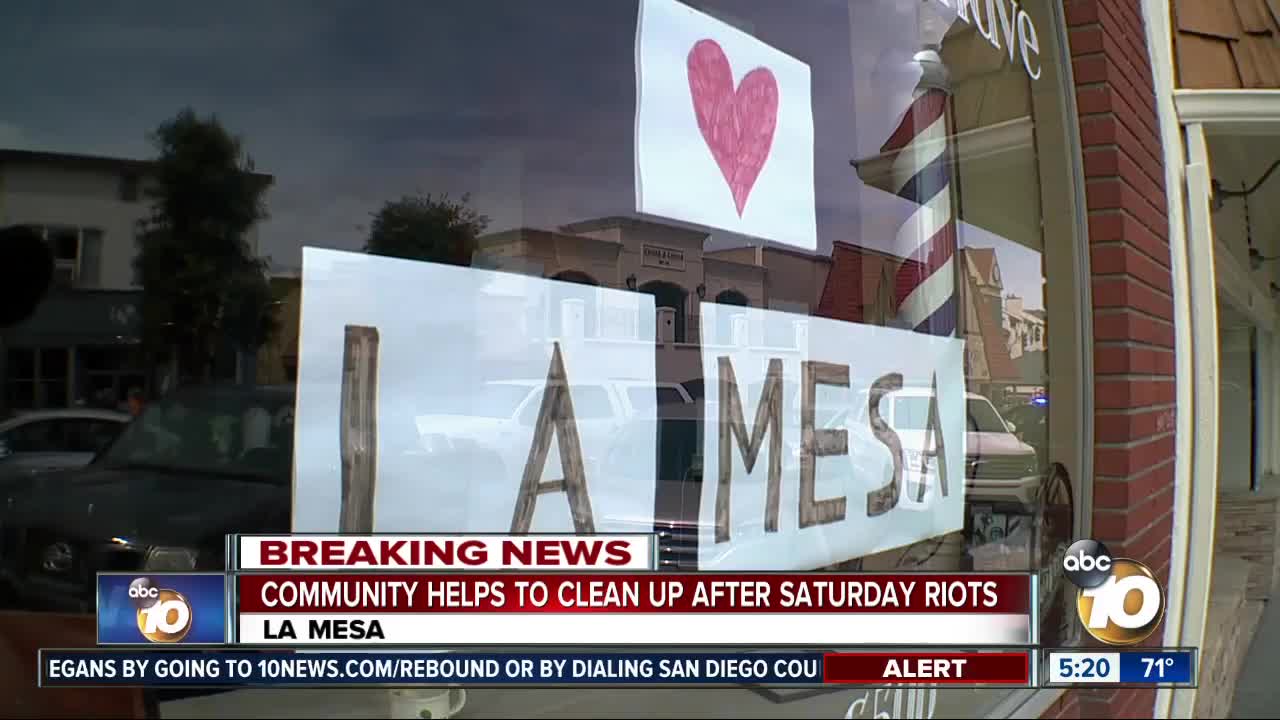 La Mesa community helps to clean up after Saturday riots 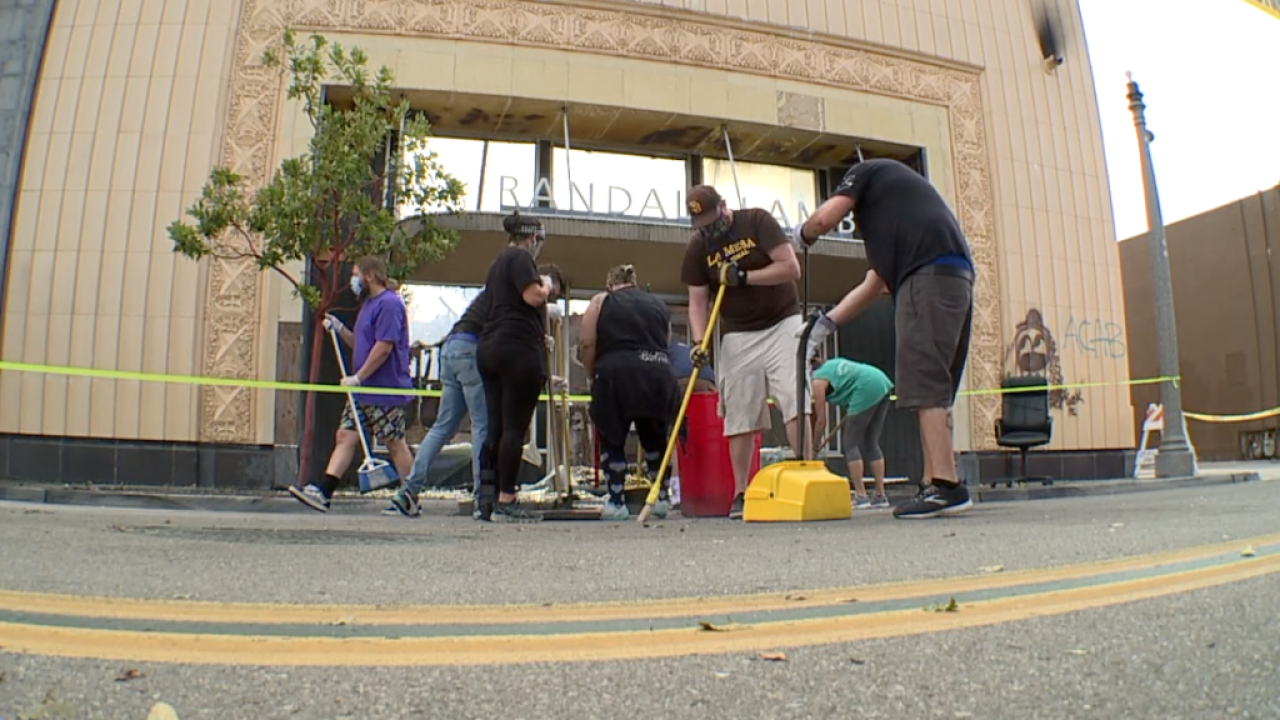 There is a sense of love and support Sunday morning in downtown La Mesa. Strangers worked collaboratively to reverse the effects of what transpired Saturday.

What began as a peaceful demonstration quickly turned into a violent protest. By early afternoon, people were blocking Interstate 8 and taking out their frustrations on SWAT Bearcat vehicles.

"[It was] just a crazy scene," La Mesa property owner Tony Gaipa said.
He said he was one of the lucky ones.

"If you're in front of your building, they kind of left you alone, but the building next door didn't have anybody, and they would just pop the glass," Gaipa said.

10News met John Douglas as he was cleaning up in front of his wife's workplace-- an engineering firm that is now burned to the ground.

"I saw signs last night like 'Racism Sucks' and 'Black Lives Matter.' Well, what about the black lives that got affected by this?"

As an African American man, he understands people wanting justice, after seeing so much of the opposite. But he says what happened Saturday is not the answer.

"We can't do stuff like this. This is not helping. It's just wrong," Douglas said.

He and hundreds of others spent hours sweeping the asphalt, painting over the graffiti, and drilling over broken walls to repair their beloved downtown.

"I've heard nothing but positive things from everyone today," Douglas said. "Couple of bad comments from people driving by, but that's one bad seed. If that doesn't spread, there is no cancer. And so today has been a good day."