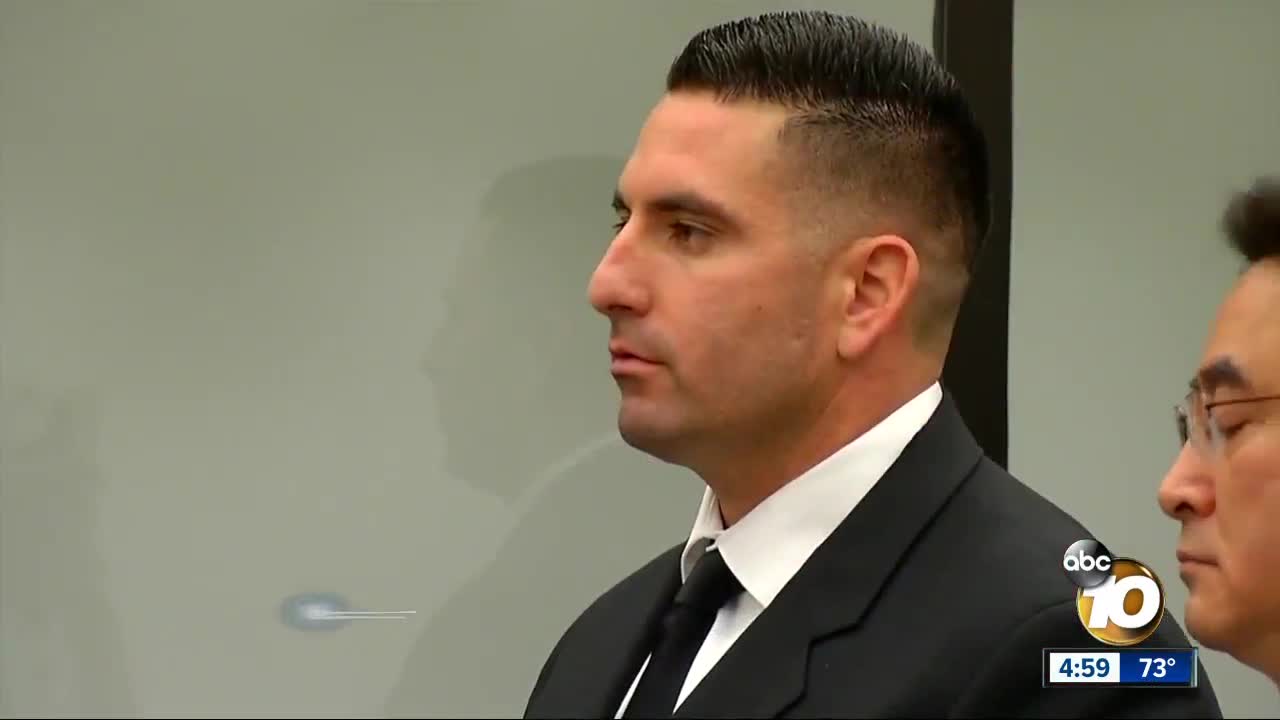 He will spend no more than five years in prison. 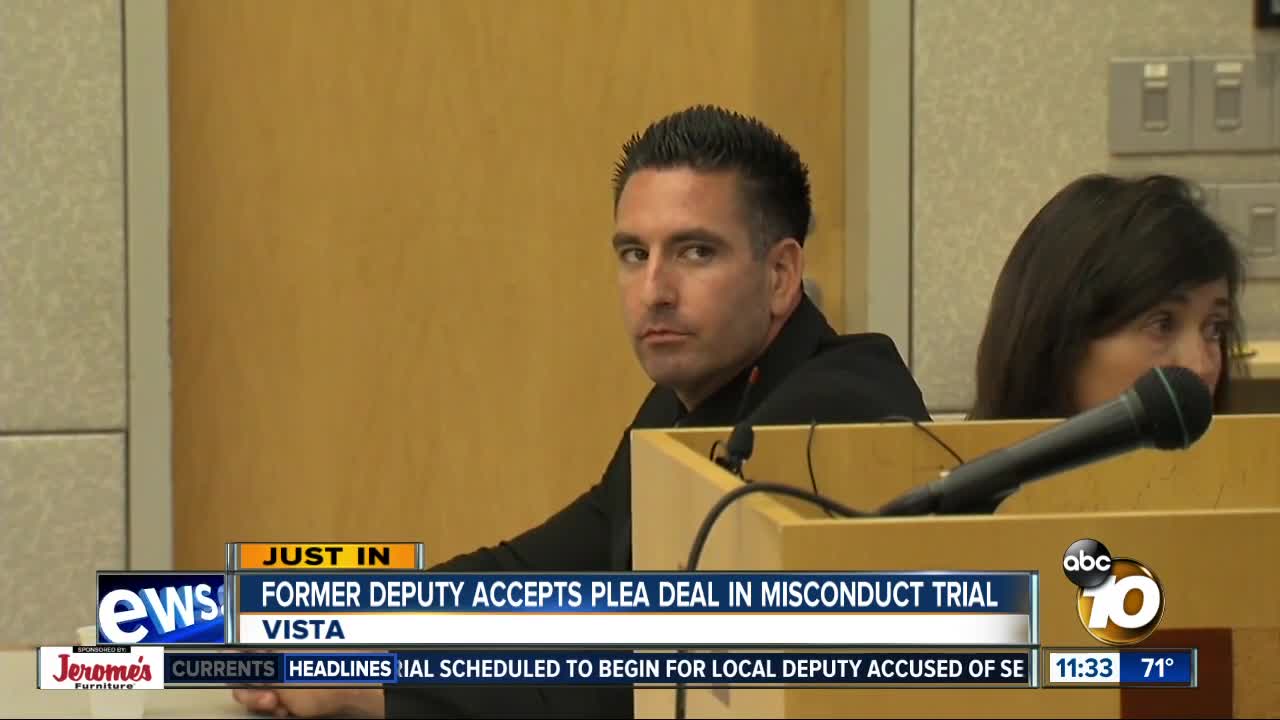 VISTA, Calif. (KGTV) - A former San Diego County sheriff’s deputy accused by multiple women of sexual assault pleaded guilty Monday as part of an agreement that was reached on the day his trial was scheduled to begin.

Richard Fischer faces up to five years in prison and several years of parole for pleading guilty to seven new charges, instead of the 16 he initially faced and pleaded not guilty.

Fischer, 33, also agreed to register as a sex offender for life if it is ordered at his sentencing on Dec. 10.

None of the 7 charges include sexual assault or oral copulation.

Thirteen of Fischer’s 16 victims were in court as the former deputy pleaded guilty to the new charges.

Fischer was accused of assaulting women while on duty between 2015 and 2017 in North and East San Diego County. The victims said Fischer groped, hugged or tried to kiss them, according to the District Attorney's Office.

Last Friday, a potential plea deal fell through when prosecutors and Fischer’s defense team could not come together on certain points of the deal. One of the sticking points was believed to be whether Fischer would have to register as a sex offender for the rest of his life.

After both sides could not reach a deal, the judge said the only way to resolve the case was through a plea agreement and urged them to continue negotiations.

Fischer was charged with multiple crimes, including sexual battery, false imprisonment, forced oral copulation, and assault by a public officer. He faced at least 25 years in prison if he was convicted of all charges at a trial.

The former deputy, who no longer works for the department as of February, is currently out on probation.

"This plea acknowledges the separate crimes committed against each victim and is accepted in accordance with the wishes of the overwhelming number of victims who agree it is a just and appropriate resolution that holds the defendant accountable for his crimes," District Attorney Summer Stephan said. "I want to thank the victims who showed tremendous courage by coming forward and standing up to the defendant, who abused his position of trust under the color of authority. I also want to thank the prosecution team for their tremendous work and their commitment to obtaining justice in this case."