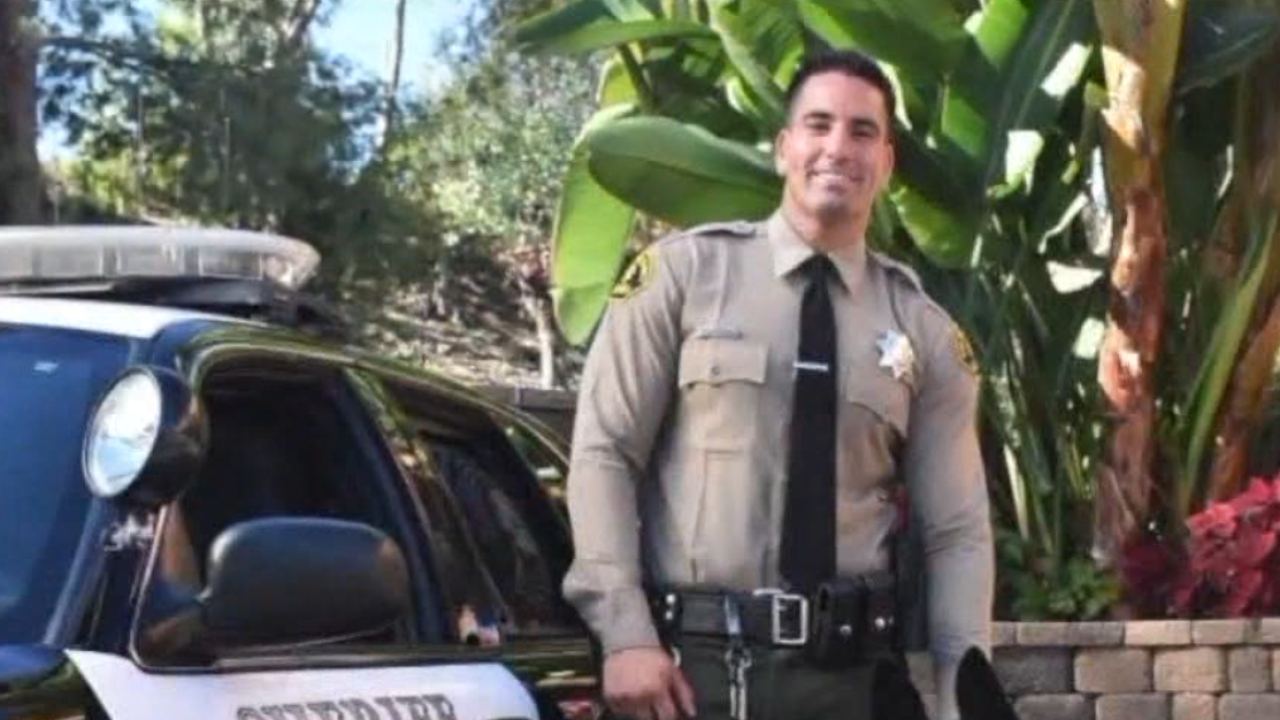 Jane Doe, as she's named in a federal lawsuit, claims Richard Fischer sexually assaulted her in September of 2017.

The woman claims she was driving home from her shift as a cocktail waitress, lost control of her vehicle, and crashed into two parked cars. Scared she'd been drinking and driving, she left the scene and called a male friend to drive her to her home in Escondido.

According to the lawsuit, as she and the man approached her home, they saw Escondido police cars parked outside. Officers detained her, and she admitted that she'd crashed her car and had been drinking and driving.

Police handcuffed the woman and told her she had to wait for San Diego County Sheriff's personnel to arrive. The lawsuit says the responding deputy was Richard Fischer.

The lawsuit says once at the accident scene, deputies questioned Doe about the crash. It says after about 20 minutes at the scene, Fischer asked her if she wanted a ride home.

The lawsuit says, "Jane Doe was confused when Defendant Fischer offered her a ride home because she told the officers she had been drinking and driving, she crashed into two parked cars, fled the scene of the accident, did not have a valid driver's license, her friend that picked her up got arrested, and there was an outstanding warrant for her arrest. Jane Doe assumed she was going to jail."

The woman says she accepted Fischer's offer for a ride home and got into the patrol car with her hands cuffed behind her back.

The lawsuit claims once out of the vehicle Fischer stood behind her and started "rubbing her butt". It says, "As the handcuffs were still on, Deputy Fischer then reached between Jane Doe's legs and rubbed her genital area."

The woman then went into the house.

The lawsuit claims by the time Fischer met the woman, he had "sexually assaulted approximately 19 other women while on duty as a San Diego sheriff deputy."

The lawsuit challenges the County of San Diego's complaint process saying it allows very serious complaints to go unanswered, "because a proper system of complaint reporting would have resulted in an Internal Affairs investigation into the complaints, arguably as early as May 4, 2016. Deputy Fischer would have either been terminated then, or placed on administrative leave, as he is currently on, which would have saved Jane Doe and other situationally vulnerable women from his abuse of power as a San Diego sheriff deputy."

He has denied the allegations, telling 10News in September of 2018, "I just want to go on the record and say I vigorously deny these allegations. They are false, and I really look forward to my day in court to fight for myself."

According to court records, Fischer's criminal trial is set for September.

Attorneys for Fischer did not respond to a request for comment on this federal complaint.