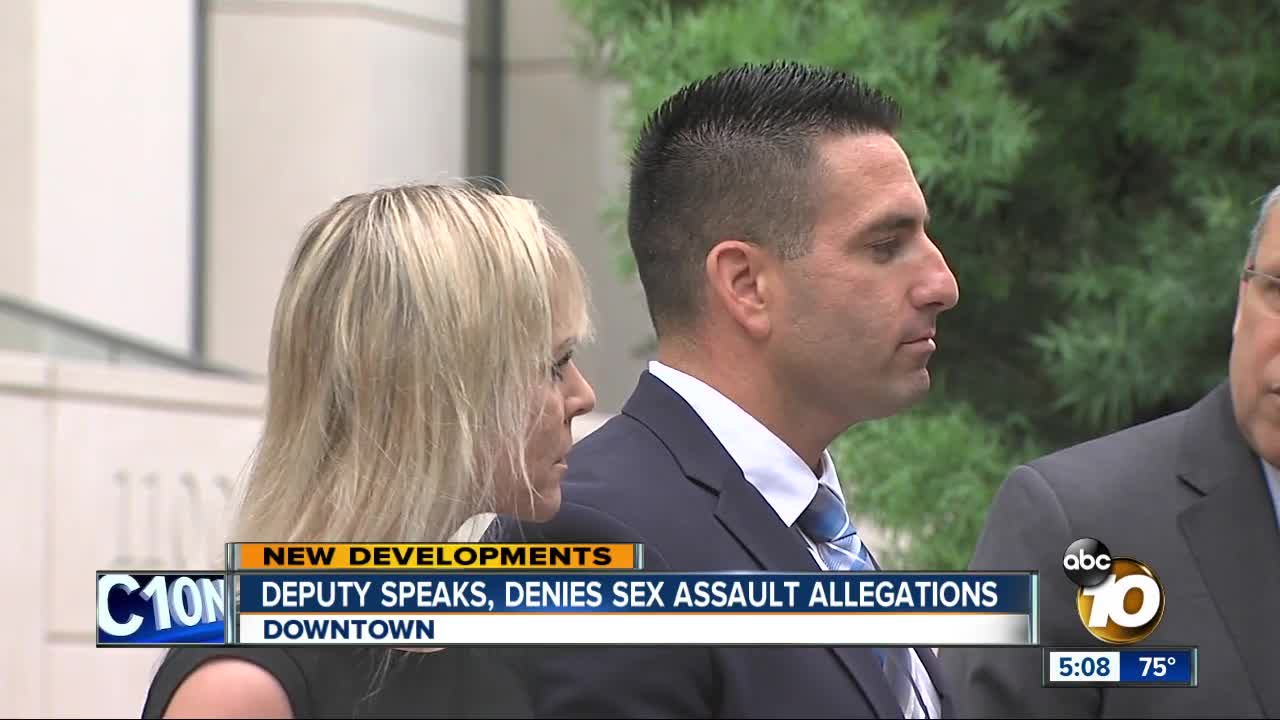 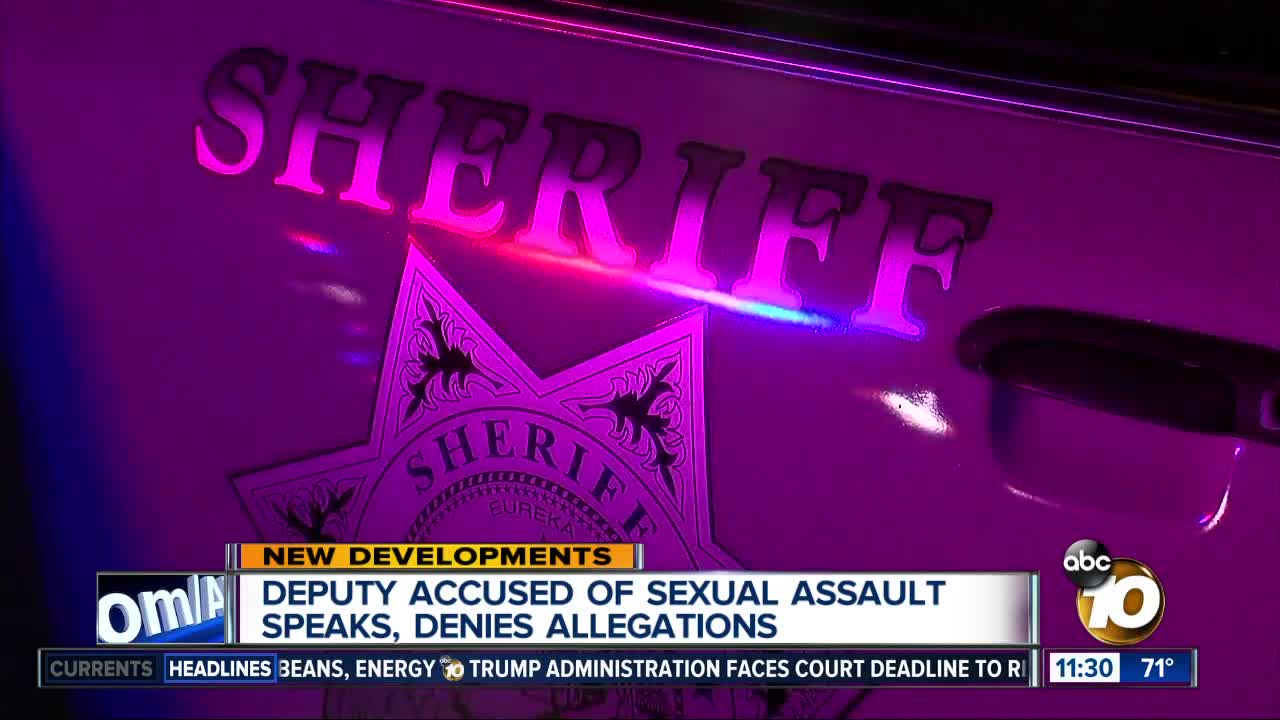 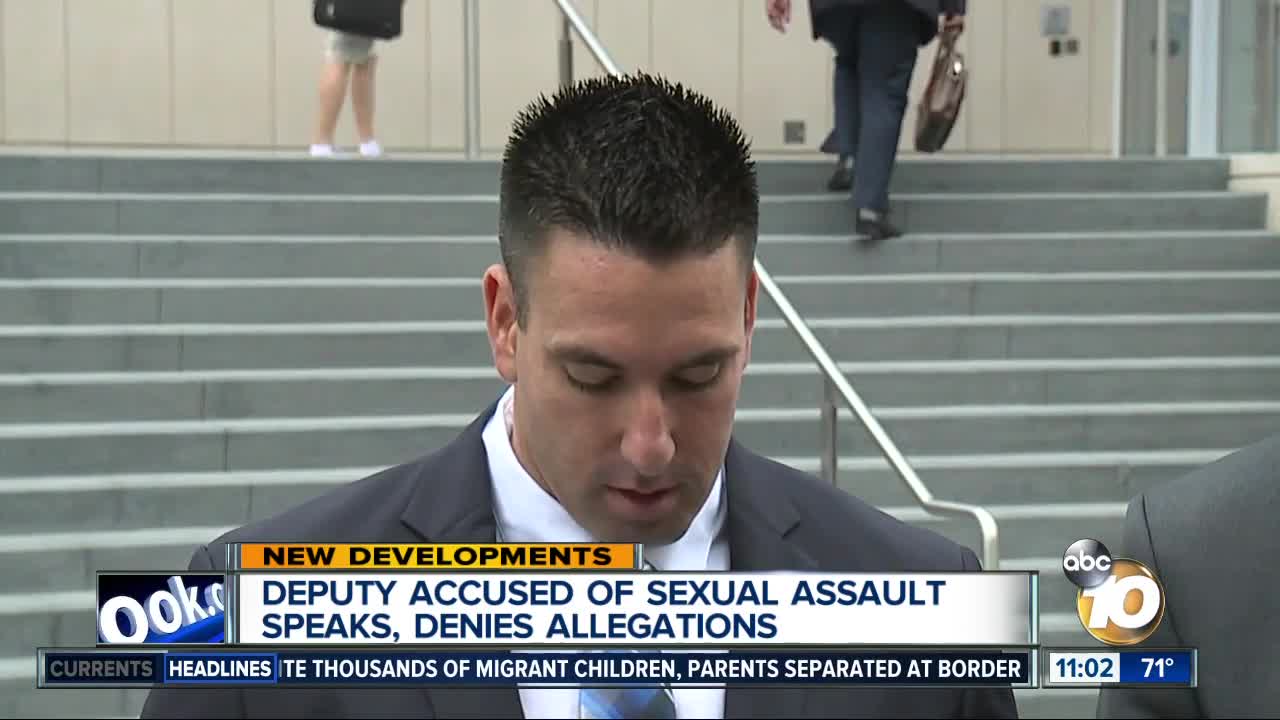 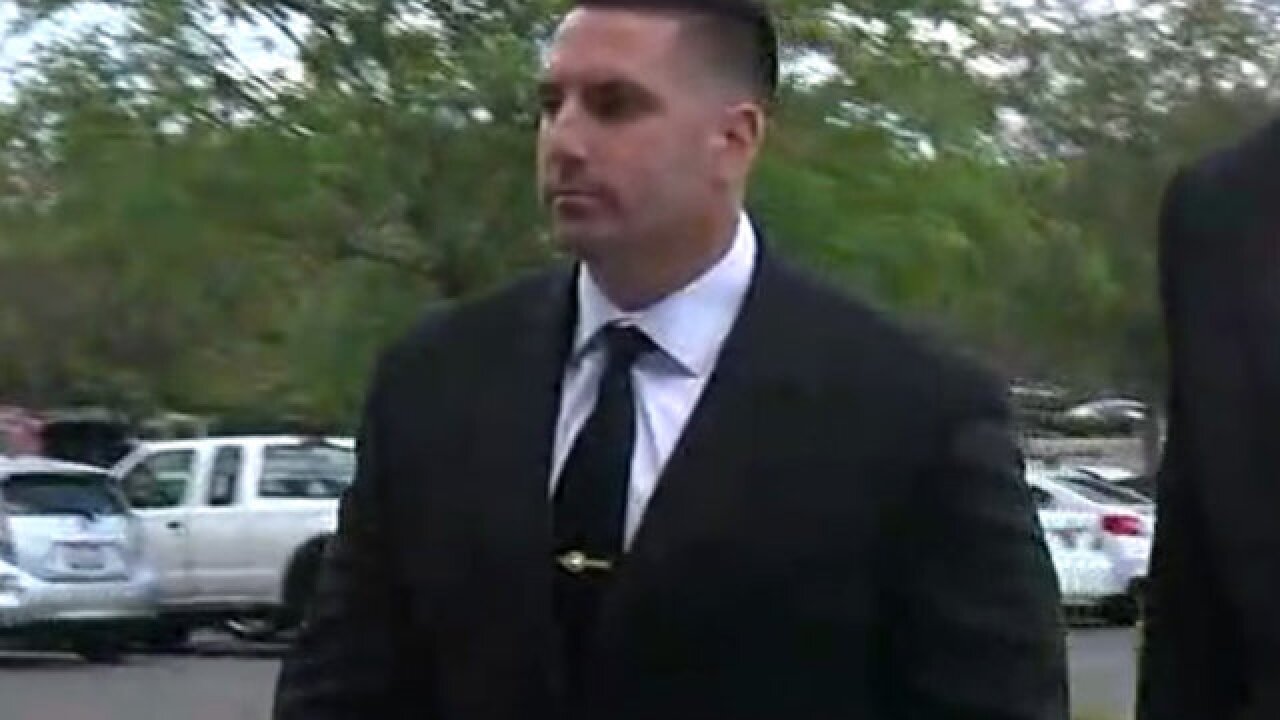 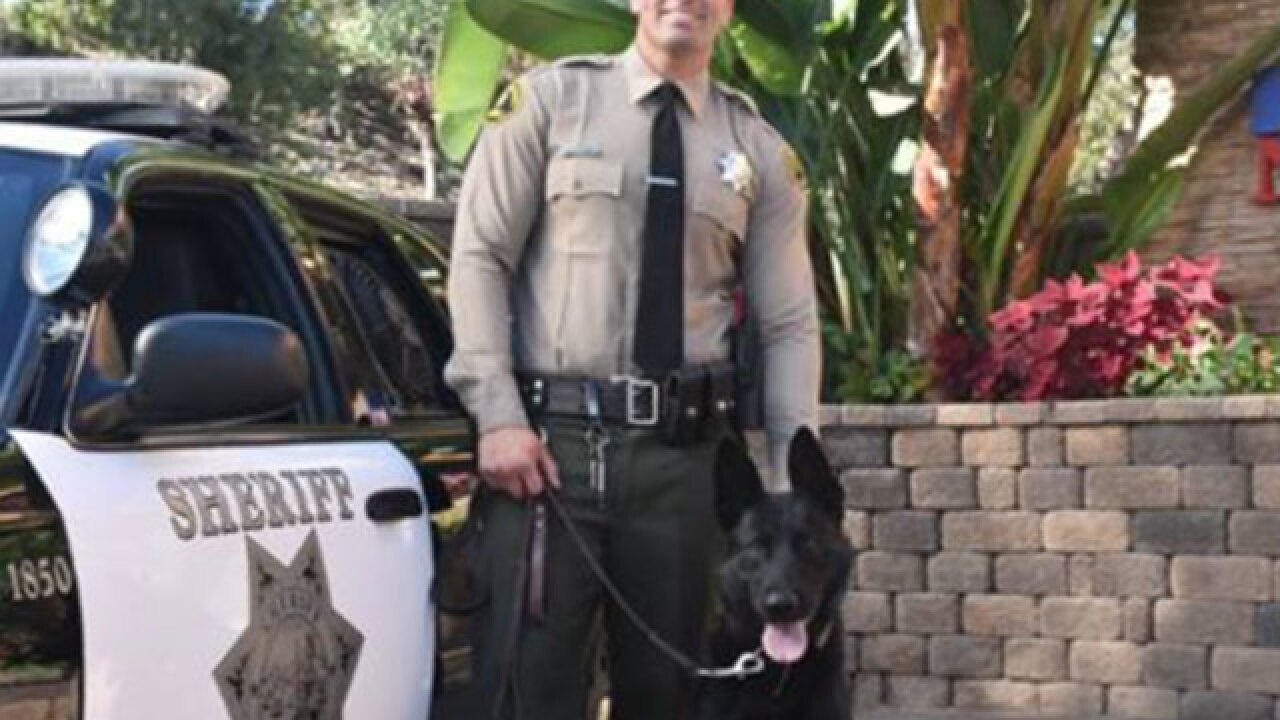 Richard Fischer has been accused by more than a dozen women of groping and sexual assault.

Just this week, another claim was levied against Fischer by a 51-year-old Vista woman. In total, at least a dozen women have brought forth claims of inappropriate behavior by the deputy.

"These charges against me are false. I vigorously deny them," Fischer said Thursday. "They run contrary to my DNA as a proud member of law enforcement and the military."

In some of the claims, women said the incidents happened while Fischer was answering a call. The incidents date back to 2015.

"I would just like to remind you all that I'm innocent until proven guilty," Fischer added, before becoming emotional during his statement. "Every night, my wife and I pray that my good name will be cleared and exonerated."

Fischer is currently out on bail and unpaid leave while the case against him continues.

Kathryn P., one of Fischer's accusers, was outside during the press conference.

"He can cross-examine me all he wants, my story is staying the same the entire time. I know what happened to me," Kathryn said. When asked how she was doing, she said, "I'm a little frustrated."

The San Diego Sheriff's Department said in a statement to 10News the department immediately placed Fischer on administrative assignment upon hearing of the first allegation in 2017:

"The Department placed Fischer on an administrative assignment and initiated concurrent administrative and criminal investigations immediately upon learning of the first allegation which was received in late 2017. The Department did not receive a complaint regarding these allegations prior to this. The cases involving Fischer have been turned over to the District Attorney's Office and the Office of County Counsel. Fischer remains on unpaid leave pending the outcome of these investigations."

The San Diego District Attorney's Office would not comment on the case as it is still open.