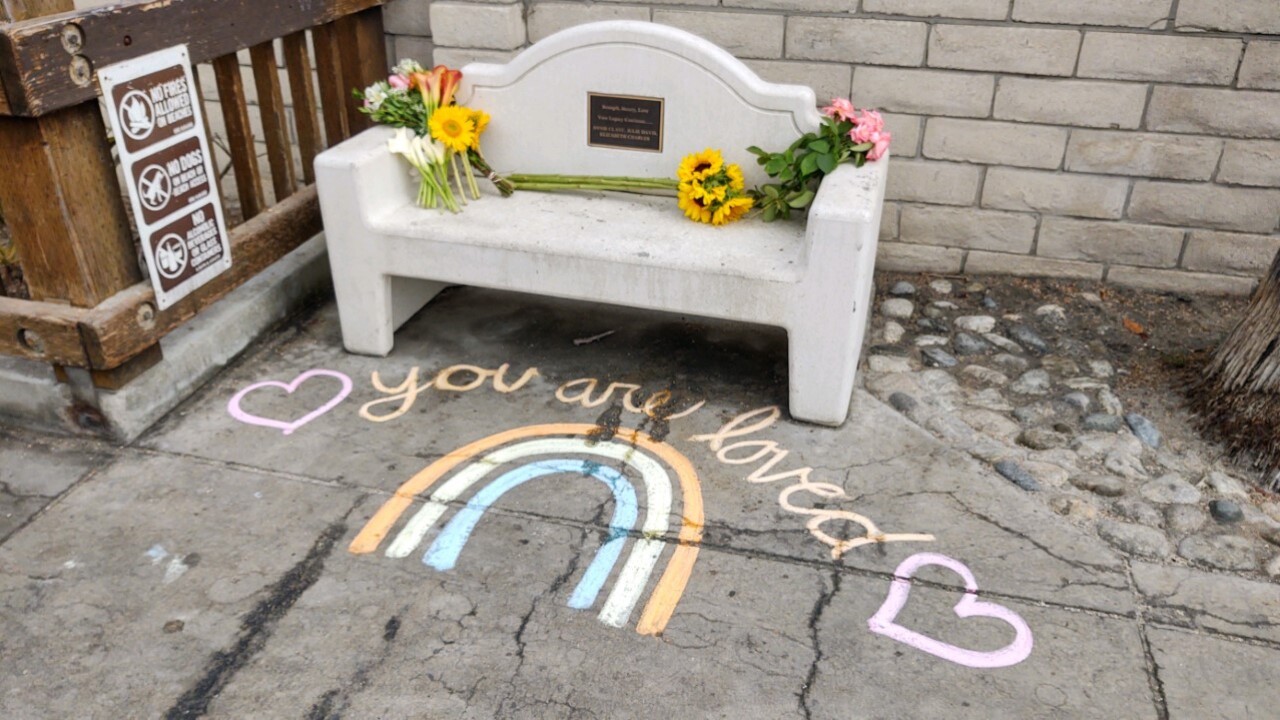 ENCINITAS, Calif. (KGTV) -- One year after part of a bluff collapsed in Encinitas, killing three women, a bench honoring the victims now sits at the end of Grandview Street.

Sunday, flowers decorated the bench along with a colorful chalk art displaying the words “you are loved.”

The bench sits in memory of Julie Davis, Anne Clave, and Elizabeth Charles.

The three were killed when a 30-foot by 25-foot slab of rock came crashing down onto Grandview Beach last August.

The deadly incident sparked calls for the city to stabilize the bluffs.

Some California lawmakers have also called for the government to pay for the stabilization after Congress approved the Storm Damage Project in 2016.