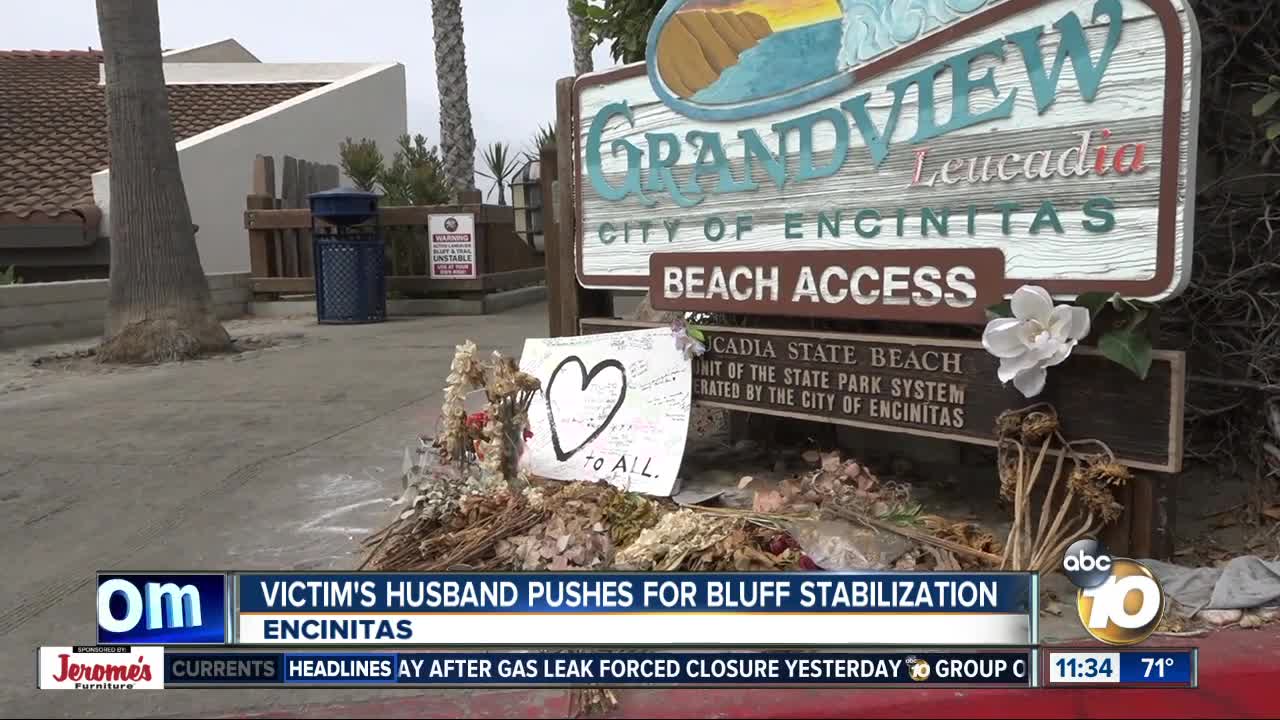 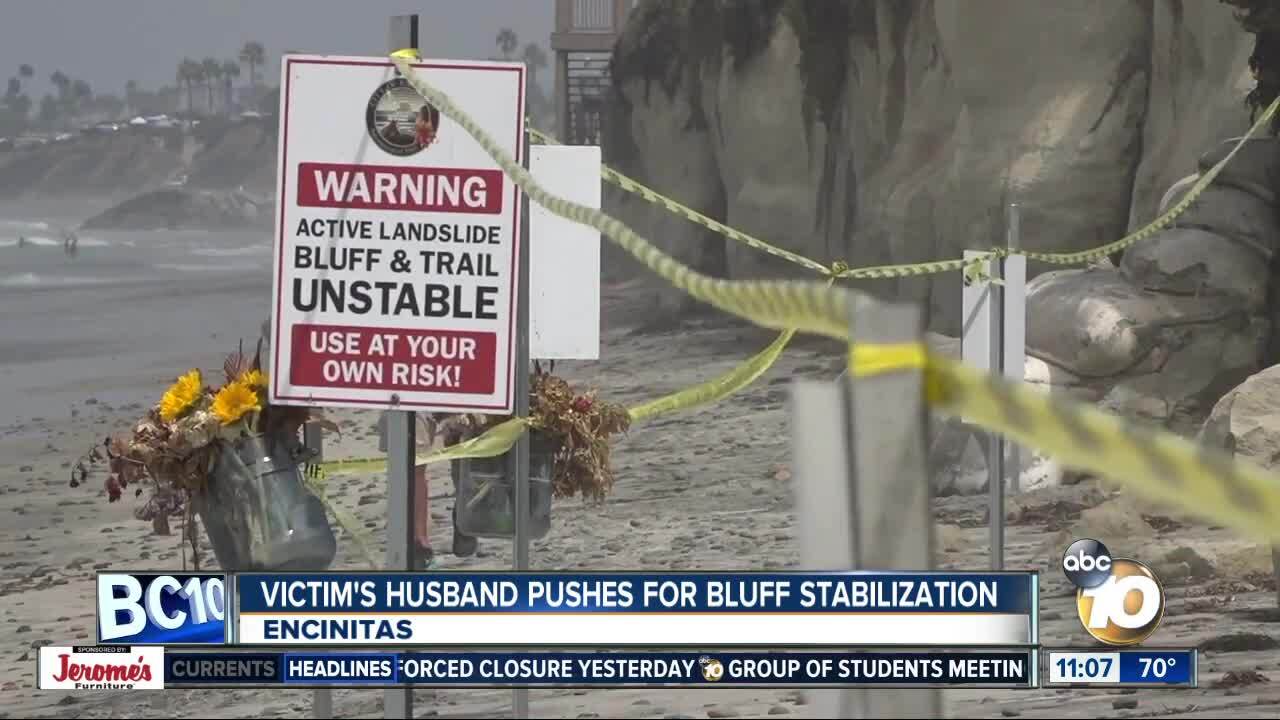 ENCINITAS, Calif. (KGTV) - Three weeks after the deadly bluff collapse in Encinitas, the community is urging city and state leaders to make some changes.

Three women were killed during the collapse. A tribute was held this week at the Encinitas City Council meeting for the victims. That’s where father and husband Pat Davis spoke out, saying healing will take time.

“There will be a new normal in my life without these three gifted women,” says Davis.

Davis lost his wife Julie, daughter Anne Clave, and wife’s sister in the bluff collapse. The family was out for a day at the beach on August 2 when the sand and large rocks came crashing down.

“We do not have to accept tragedy if it is preventable.”

Davis is urging the city to stabilize the bluff by adding concrete walls against the cliffs, sand replenishment or even cutting off some public access to the beach.

Some California lawmakers are pushing for the government to pay for the stabilization after congress approved the Storm Damage Project in 2016. It has sat idle since being approved.

“I do not want to see what happened to my family happen ever again.”

The mayor and other city leaders toured the beaches with representatives from the U.S. Army Corps of Engineers Thursday, but so far no decisions have been made.