Mega storm could cause billions in damage to California, report shows 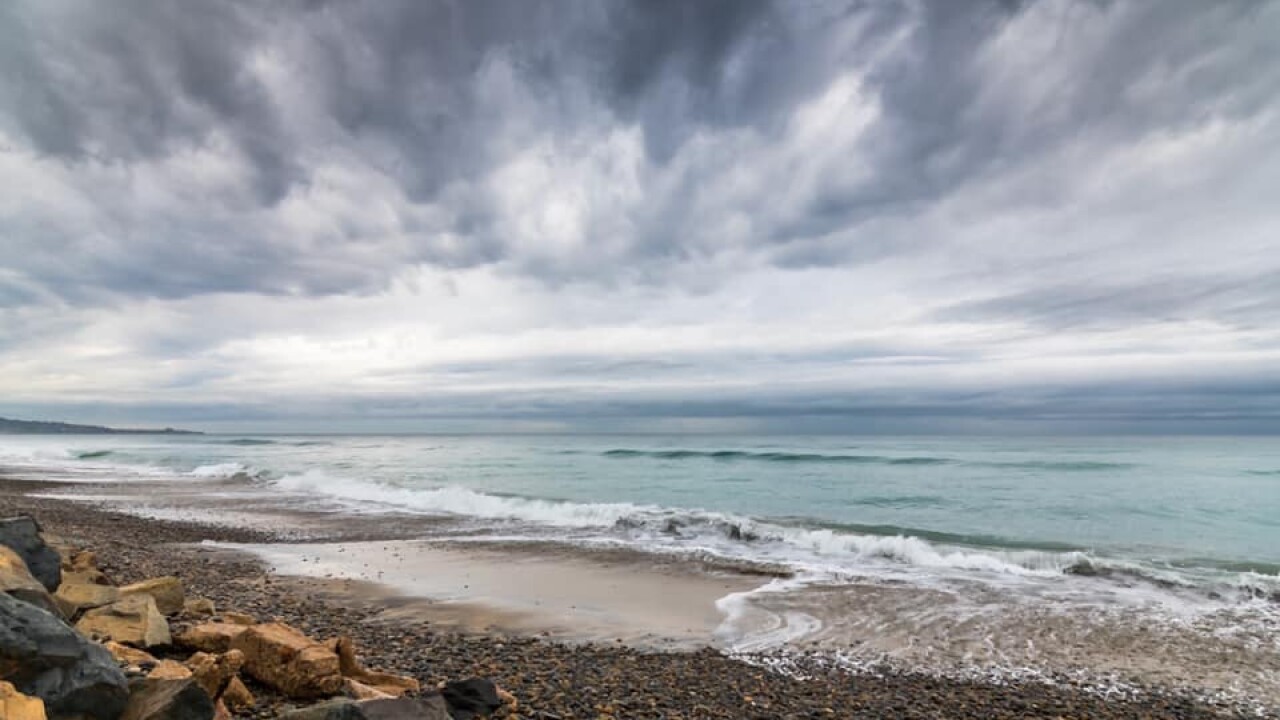 SAN DIEGO (KGTV) -- San Diego may be seeing more rain than usual this winter, but a panel of scientists recently hypothesized that the storm of all storms could cause billions in damage, destroying vital infrastructure statewide.

A report on "the big one" of all storms, called ARkstorm, has the potential to destroy water supplies, damage the state's power grids and topple agriculture, according to the United States Geological Survey report.

The storm would virtually leave California in the dark for some time.

The report goes into detail about what California could expect to see should a massive storm hit. Scroll down to see what scientists predict would be damaged should a storm like ARkstorm ever strike the Golden State.

After the storm passes, telecommunications would be a top priority because, according to the report, rebuilding and supplying the state with other lifelines such as its water supply depend on cellular service.

The USGS report estimates that a massive storm such as ARkstorm could cost service providers an estimated $100 million.

Power restoration would also be a top priority. Without electricity, many other lifelines, such as communication networks, couldn't operate. One of the panels involved in the report concluded that power would be intentionally shut off to all flooded areas, and that electricity would be restored to customers after buildings are determined to be safe.

In San Diego County, It’s estimated that full power would be restored to all areas within 23 days.

Grains would be among the hardest hit crop in San Diego County, according to the report. Damage to San Diego’s grain crops could cost as much as $5 million to repair.

Damage to San Diego’s livestock could also be significant. According to the report, livestock damage could cost $13 million for the replacement of dairy and livestock feedlot cattle.

In San Diego County, flood-related damage to buildings is estimated to cost billions. According to the report, such damage could cost the county as much as $2.5 billion.

Statewide, the estimates are much more, soaring to an estimated $200 billion. On top of that, flood-related content losses, such as personal belongings, will cost an estimated $100 billion to replace.

Water systems could be heavily damaged due to flooding. The report lists contamination of water supplies and electrical damage as the main sources of damage to water infrastructure.

Repair costs for the water supply to larger water districts could range from $1 to 10 billion. The time to restore water largely depends on how much damage has been done, according to the report.

It’s estimated that 17 percent of San Diego’s wastewater treatment plants could be flooded, causing sewage contamination in parts of the county.

The specific areas that would be affected in San Diego aren’t stated in the report, but full sewage service could take as many as 38 days to restore, according to the report.

The release of large amounts of water from reservoirs through spillways could damage roads, bridges and lifelines such as water supplies and telecommunication.

If a dam collapsed or overflowed, the damage and loss of life could be far greater. This scenario played out during what’s referred to “the great flood of 1916.”

According to sunnycv.com, the 1916 flood was the worst natural disaster in the history of the South Bay. Massive amounts of rain fell in the area in January of 1916, flooding all river canyons in the county and destroying all bridges.

The Otay Dam broke on January 27, 1916, flooding the entire valley and destroying the town of Otay along with hundreds of farms.

11 Japanese farmers living below the dam were killed. The flood also carried debris and topsoil that blocked ship channels in the San Diego Bay for years.

The massive amounts of rain also filled the Sweetwater Reservoir and, when an abutment below the dam gave way, it unleashed floodwater into the valley.

It’s unclear exactly how many people died due to the flooding that January. Estimates range anywhere from 15 to 50, according to the San Diego Reader.

According to the report, most of the damage to San Diego’s highways will be caused by flooding. Repairs to a majority of highways in the county are expected to be 90 to 100 percent completed three days after the storm.

Other more rural highways could take more than 90 days to repair, the report states.