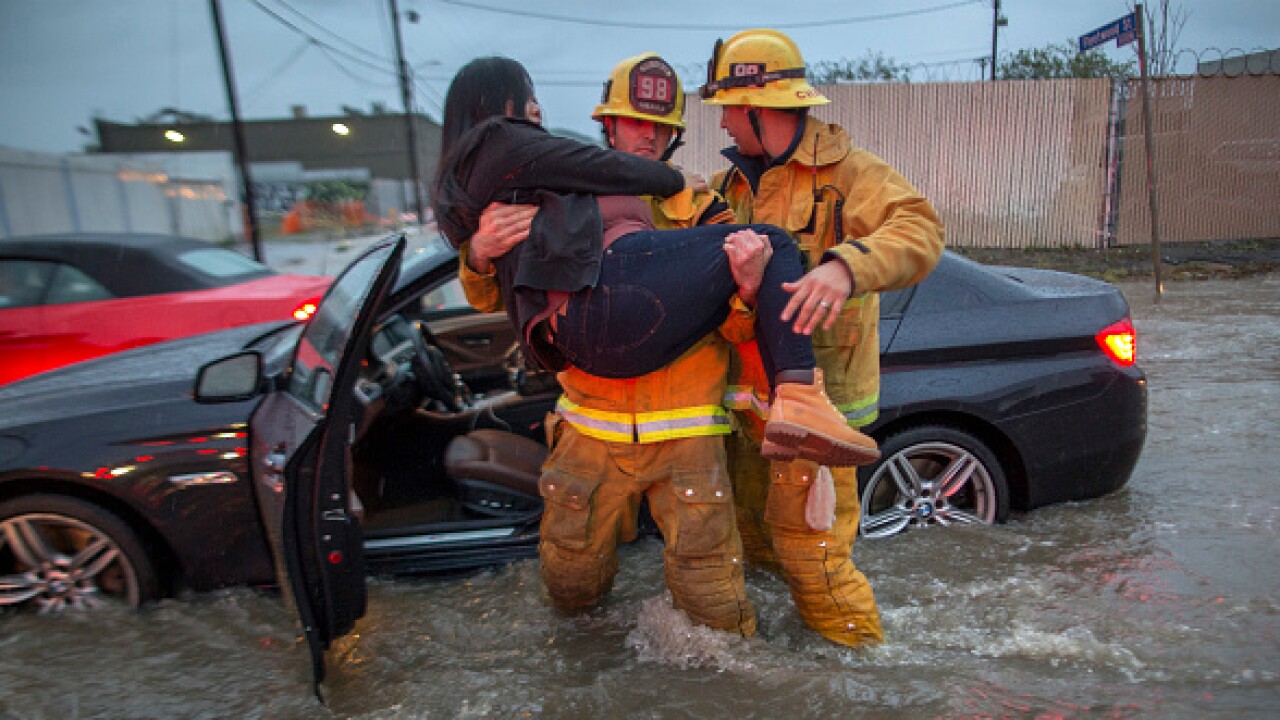 David McNew/Getty Images
SUN VALLEY, CA - FEBRUARY 17: A firefighter carries a woman from her car after it was caught in street flooding as a powerful storm moves across Southern California on February 17, 2017 in Sun Valley, California. After years of severe drought, heavy winter rains have come to the state, and with them, the issuance of flash flood watches in Santa Barbara, Ventura and Los Angeles counties, and the evacuation of hundreds of residents from Duarte, California for fear of flash flooding from areas denuded by a wildfire last year. (Photo by David McNew/Getty Images) 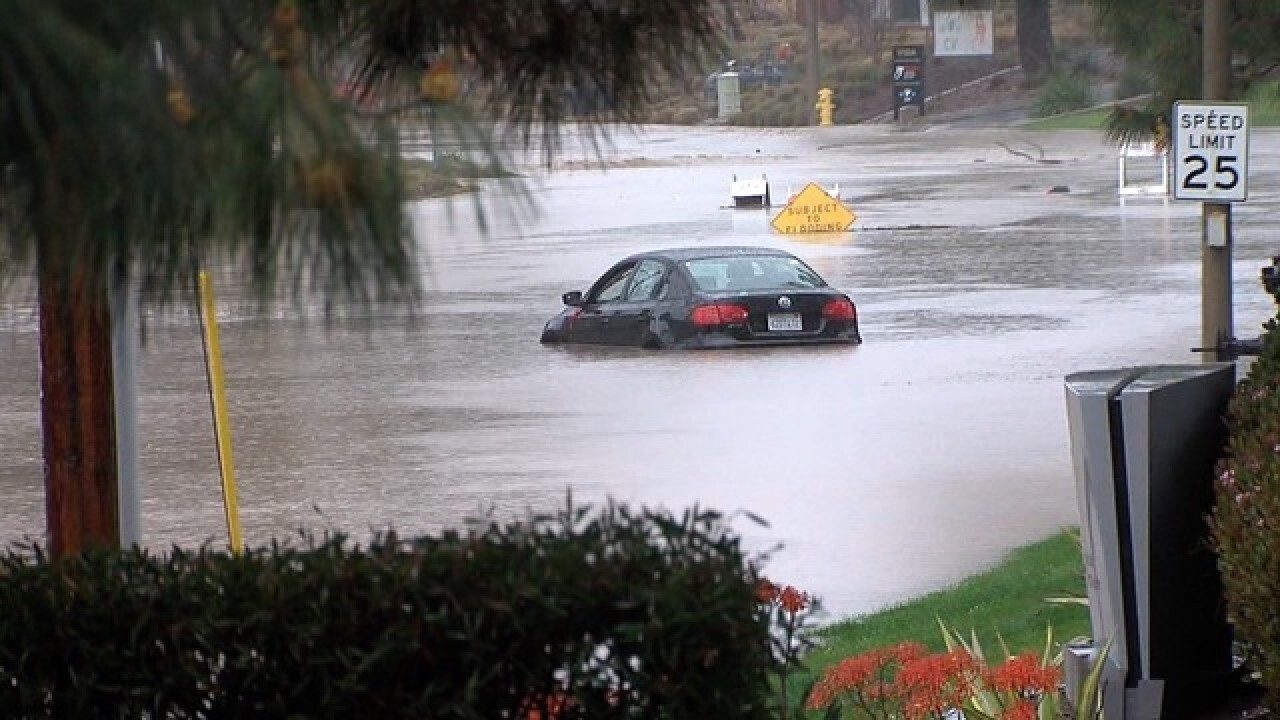 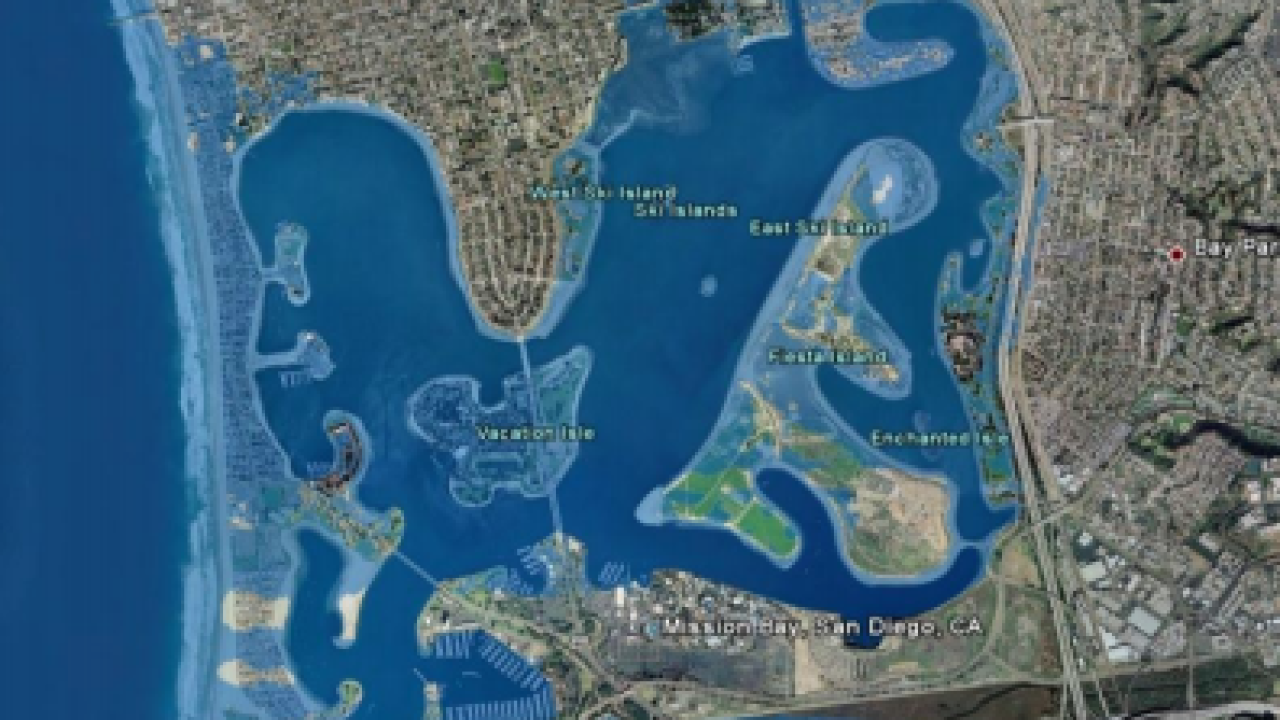 SAN DIEGO (KGTV) - Californians associate “The Big One” with a devastating earthquake, but U.S. Geological Survey experts say a potentially larger threat could hit the state in the form of an “ARkStorm.”

Experts from every scientific field related to a potentially disastrous weather event gathered in 2010 to create the ARkStorm Scenario report for the USGS, imagining aspects of flooding of biblical proportions reaching the Western United States.

“These storms do pose a real risk to California, in some ways far greater than that of earthquakes,” experts said in the study.

The ARkStorm Scenario report reads like a Hollywood post-apocalyptic film script. Weeks of rain and snow are followed by catastrophic floods, landslides, and property and infrastructure damage which would cripple California’s economy.

While the name “ARk” brings to mind a lifeboat scenario, ARkStorm project manager Dale Cox and chief scientist Lucile Jones coined the abbreviation to represent “atmospheric river.” A common term for meteorologists, these rivers in the sky work like highways for water vapor which comes to a screeching halt when it reaches land.

A typical atmospheric river is the Pineapple Express, which pushes moisture from the tropics to the West Coast. It was a Pineapple Express that reached San Diego on Valentine’s Day, bringing warmer rain and lower snow levels, according to National Weather Service meteorologist Alexander Tardy.

RELATED: Mega storm could cause billions in damage to California, report shows

West-facing beaches, including those near Highway 1 in North San Diego County, are covered in water. Imperial Beach fares no better in its known run-off spots.

“You have this outflow then you have the storm pushing in; it dams up,” says Cox of the coastal flooding impact.

Timing is critical in the creation of an ARkStorm. The same amount of precipitation predicted in the ARkStorm Scenario fell in 2017, says Cox. What made the difference in the impact, he says, is that the rain fell in 80 days instead of the 23 days imagined in the report.

The West Coast will get notice, but not much, Tardy says. The most reliable models could give Californians a three-week warning for heavy rain.

“We’re going to see it coming, but not where we can build a new levee,” Tardy said.

The timing of the next ARkStorm is uncertain.

San Diego has seen significant rainfall in the 2018-2019 season, but few storms in recent years can compare with the potential disaster envisioned in ARkStorm.

“How do we help people understand it can get bigger than what they remember,” Jones said. “We prepare for the ones that we remember.”

To create the report, experts accessed information from the records of Spanish ships off the coast of San Francisco in the 1600s. Other data were collected from tree rings, and newspaper reports from Sacramento in 1861 and 1862, the years an epic storm submerged California’s Central Valley past the level of telephone poles.

As severe as it may seem, the ARkStorm Scenario is not the worst case scenario, said Jones.