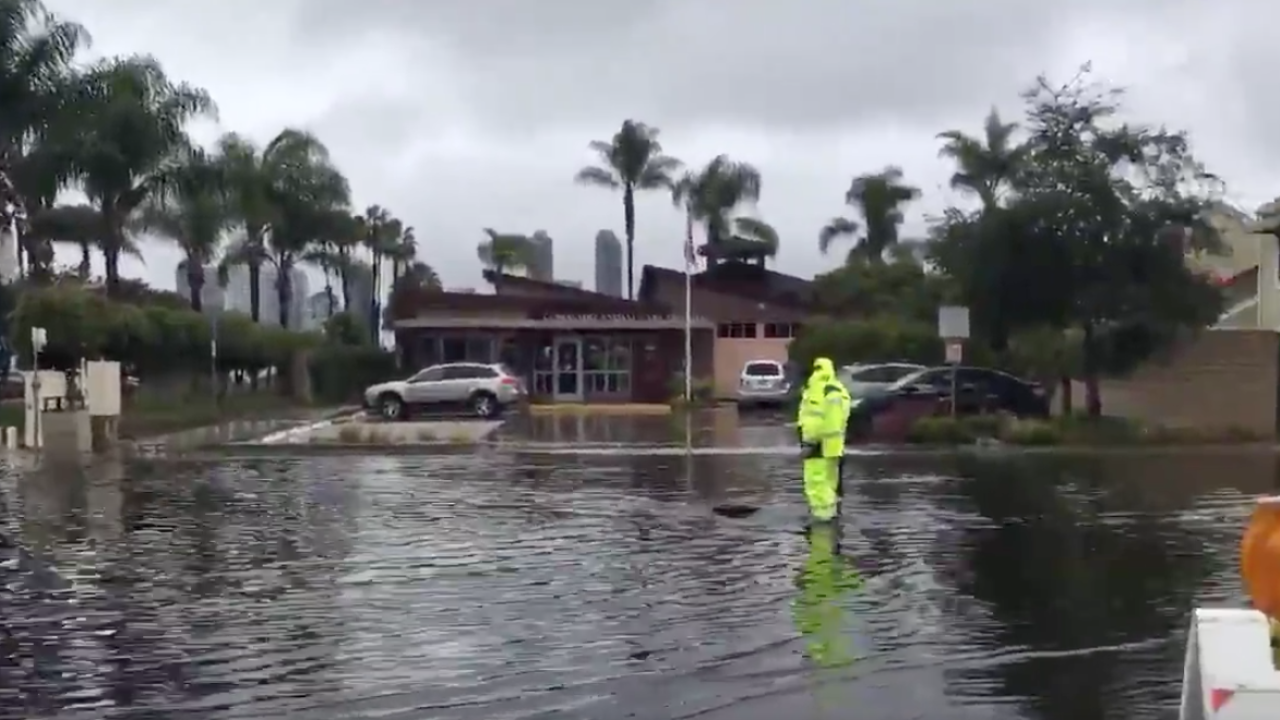 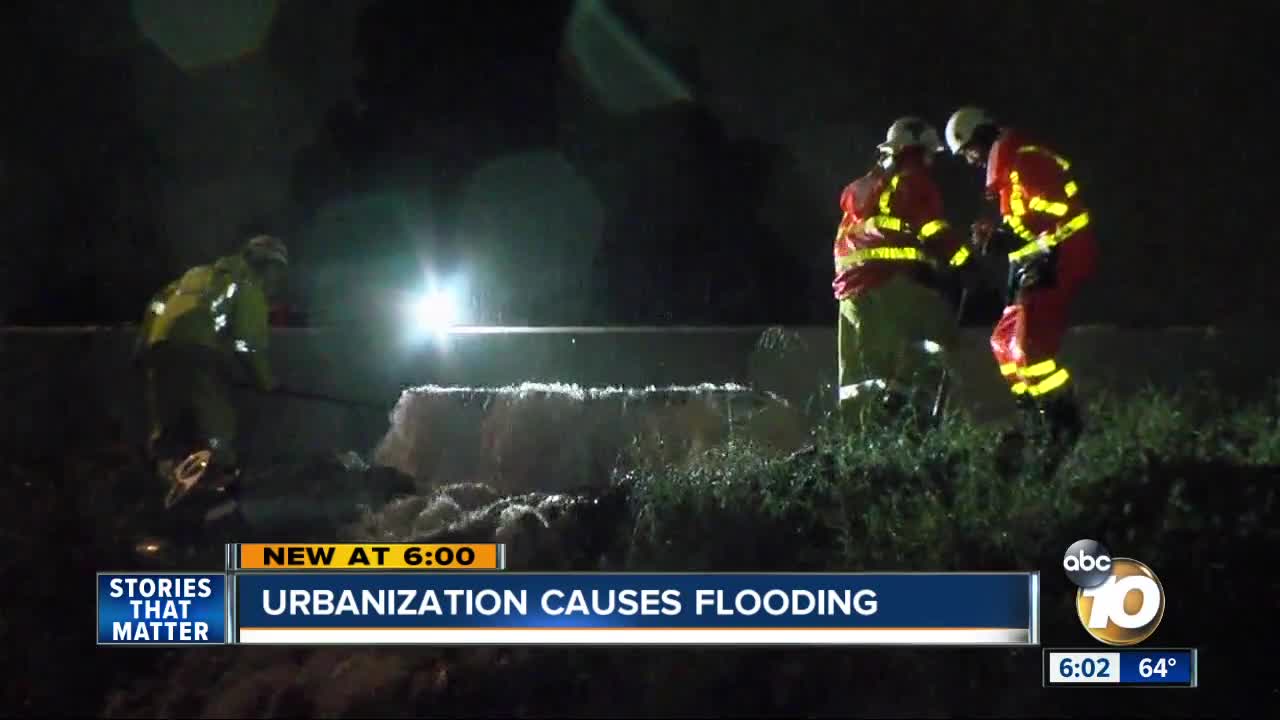 SAN DIEGO (KGTV) — This week's heavy rainfall was much needed, though left several areas of San Diego flooded, which depending on where the area is may not be too much a surprise.

Some areas, though, historically sit in flood hazard areas, according to a flood hazard map by the Federal Emergency Management Agency (FEMA).

Looking at the map, areas in Mission Valley — routinely flood areas — sit in the middle of flood zones along the San Diego River. Other spots are just outside those zones, in the case of Barrio Logan's flooding, several blocks.

10News spoke to Geologist, Pat Abbott, who said the floodplain maps are out of date. In fact, he said flood maps need to be updated as urbanization progresses.

Unlike on mud, grass, or other natural surfaces, rainwater has time to slow down and seep into the ground. But on a manmade surface, like a roof, concrete, or asphalt, water swiftly finds its own path to the lowest point. It quickly collects and becomes flooded.

The current FEMA map is from 2012. It does not reflect new construction in the area.

“Your flood heights are going to be probably four times higher than they were before development,” Abbott said.

Now that the entire county has experienced heavy rain, Abbot suggests taking a good look at your property.

“You can save a lot of problems, with a little-advanced visualization,” Abbott said.

Research the flood prone places in your area. Is there new construction? Do you need to build a wall or dig ditch? Take a look at the FEMA map, and expand the flood areas to what you just experienced, so you can physically and mentally prepare for the next time the clouds roll in:

Outside the San Diego Airport, flooding left vehicles trapped on Pacific Highway near Laurel St., where a large geyser also spewed water on the road. While the area is relatively close to the bay, it historically has sat outside of the flood hazard area, according to FEMA's map.

The parking lot along Marron Rd. in Carlsbad is in a historical flood zone at Buena Vista Creek, FEMA's map shows. Though during heavy rainfall, the level of flooding seen Thursday is not typically experienced during rainfall.

Oceanside Blvd. at Crouch St. experienced flooding but, according to FEMA's flood map, this was to be expected due to the intersection's proximity to the Loma Alta Creek. In one case, video one surfer making the most of the flooding.

Another area that historically sits in a flood hazard area is Bonita Rd. near the I-805, according to FEMA. Though separated by the highway, Rice Canyon Creek sits just on the other side.

This area of Mission Valley is no stranger to flooding. As many residents have seen over the years, the San Diego River pours over into roads and parking lots developed around the river. As FEMA's map indicates, much of the area along the river and through Mission Valley is at risk for flooding.