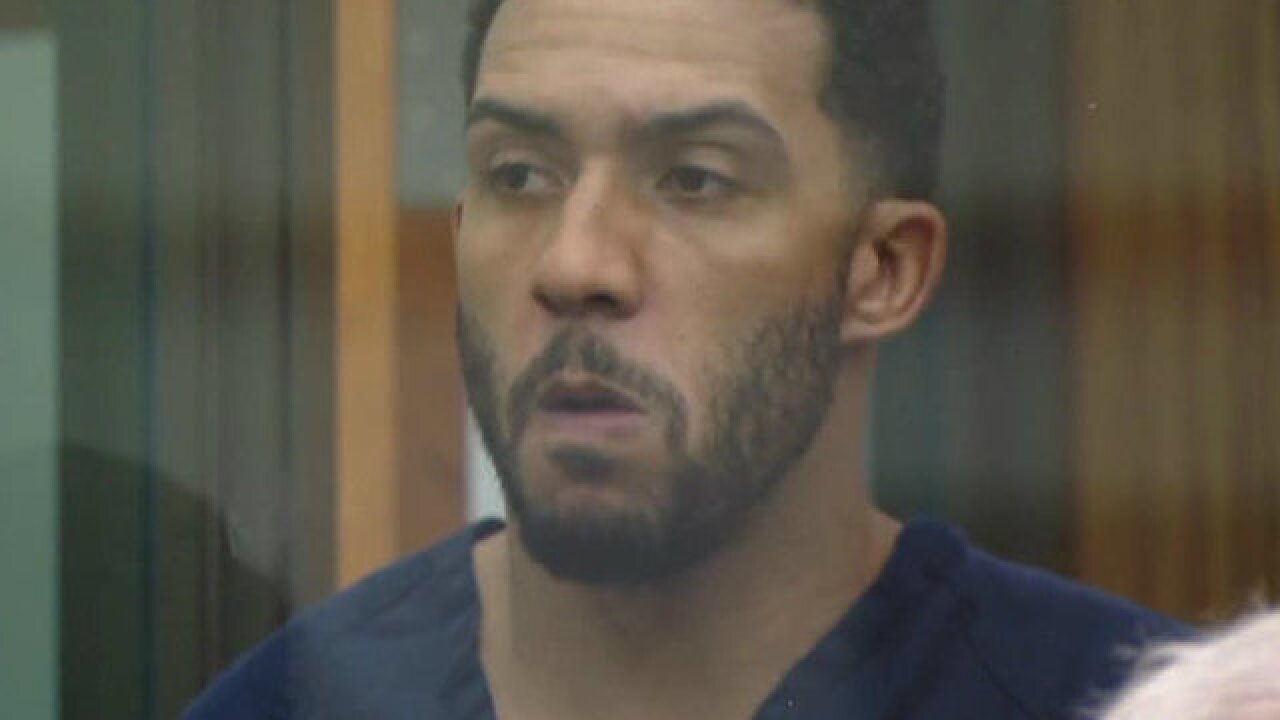 SAN DIEGO (KGTV) - A judge ruled Thursday that former NFL player Kellen Winslow Jr. will not be allowed to be released on bail.

Winslow Jr., who is accused of breaking into homes and kidnapping and sexually assaulting two women in the North County, was ordered by a judge during his arraignment to be held without bail because he “presented a threat to society.” Prosecutors also alleged Winslow Jr. threatened to kill those women if they reported what happened.

The no-bail ruling remained in effect following a hearing Thursday morning, according to the San Diego County District Attorney’s Office.

Winslow Jr. is scheduled to return to court July 11 for a preliminary hearing.

The charging document in the case detailed the alleged crimes:

Two of the reported victims are transients, according to court documents.

Winslow Jr., the son of legendary Chargers tight end Kellen Winslow, had been arrested the week before on suspicion of burglary at an Encinitas mobile home park.

Winslow, who starred at Scripps Ranch High School and went on to play at the University of Miami, was drafted by the Cleveland Browns in 2004, and later played for the Tampa Bay Buccaneers, Seattle Seahawks, New England Patriots, and New York Jets.